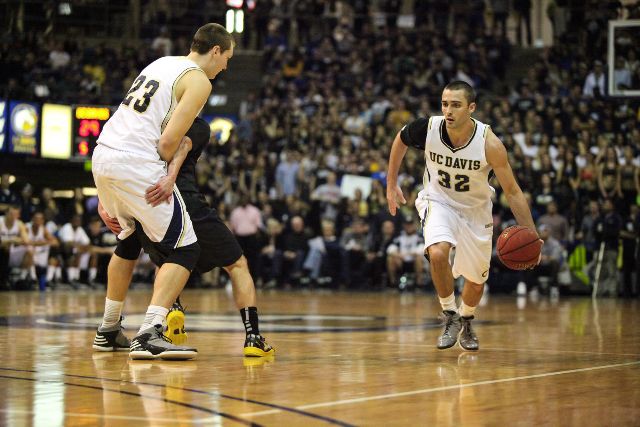 When the Aggies headed down to Anaheim, Calif. to participate in the Big West Tournament Championship, they had every intention of winning. Despite being ranked sixth in conference, this team knew they had what it took to bring that championship banner home.

While the UC Davis men’s basketball team was not able to capture the championship, it was not wrong about its talent. UC Davis is home to Corey Hawkins, now named Big West Newcomer of the Year and CBS Sports Big West MVP. The Aggies’ roster also boasts Ryan Sypkens, the second most productive three-point shooter in the nation. The team is also joined by big man J.T. Adenrele whose size allows him to be a presence on all sides of the court.

This team was blitzing toward a Cinderella finish, but their tank ran a little dry after their historic game against Long Beach State on ESPN2. The Aggies suffered a heartbreaking loss that night, and they followed it up with another collapse against UC Irvine a few days later. Between the injuries and emotional letdowns, they may not have been best prepared for the Big West Tournament.

UC Davis drew Cal Poly for its quarterfinal match-up. During the regular season, the Aggies and the Mustangs split the contests, each winning their respective home games.

Down in Anaheim, the first half was a grinding back and forth battle that pushed both defenses to make a stand.

Thanks to a quick Adenrele dunk and another Sypkens three, the Aggies jumped out to a 5-0 lead. However, Cal Poly went on an uncontested 10-point run that put them up 10-5. Adenrele and Josh Ritchart combined for another dunk and three-pointer combination that tied things up at 10-10. There were five more lead changes during the first half which finished with a 20-19 Cal Poly advantage.

The Aggie defense has been the focal point for head coach Jim Les this season. He has been emphasizing the importance of pairing an explosive offensive with a strong defense since the first game of the season and he was impressed with his team’s effort during the first half.

“I thought it was one of the better defensive halves that took place this season, all five guys on the floor were in sync,” Les said.

Unfortunately, UC Davis lost some of that fire before returning to the court. The Aggie defense fell flat for the first three minutes of the half, allowing the Mustangs to go on an 11-point run to give them a 31-19 advantage.

Senior Paolo Mancasola ended Davis’ scoring drought and eventually the Aggies started to put some points together. Tyler Les added a nice three-pointer that cut Cal Poly’s lead back down to nine points, but UC Davis was never able to draw within 10 points again.

The Mustangs blitzed past the faltering Aggies and finished the game with a 64-41 lead. UC Davis was eliminated from the Big West Tournament, and their season ended much sooner than they had anticipated.

Coach Les acknowledged that the game could have gone either way. Unfortunately, it did not fall the Aggies’ way that night.

“The first team that was going to break out into an offensive rhythm was going to have the upper hand (in the second half), and that was Cal Poly,” Les said.

With the season over, the team has a lot to be proud of. They also have a lot of work to do. UC Davis is graduating two seniors who were key participants in the roster. Senior Paolo Mancasola was the starting point guard and senior Ryan Howley was a workhorse player who had great shooting capabilities and an incredible knack for pulling down rebounds.

“I am really appreciative of my guys for battling, and for everything they gave me this season.”

The Aggies have a large cache of young talent to step up and replace Mancasola and Howley, but coach Les will have plenty of development to work on during the offseason.

While the Aggies may not make the Elite Eight next season, they will certainly have every chance of winning the Big West Tournament. This year’s roster broke through countless barriers to turn their record around. There is still plenty of room for improvement and it will be an exciting year if UC Davis can keep improving as rapidly as they have.