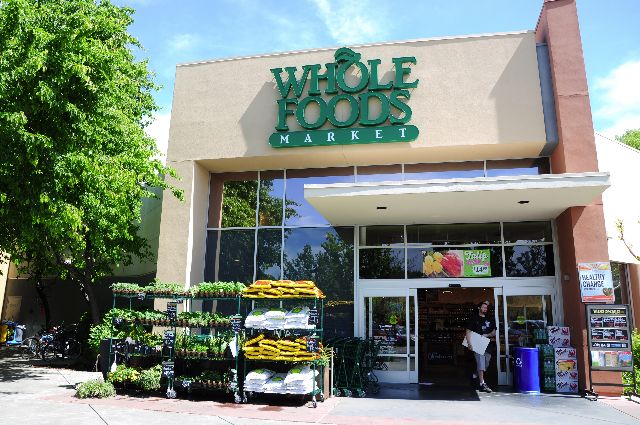 At the March 8 Natural Products Expo West, Whole Foods committed to a full transparency of genetically modified organisms (GMO) labeling plan. By 2018, over 340 Whole Foods stores in the U.S. and Canada intend to have GMO labeling on all food products.

This plan is in response to the increasing prevalence surrounding the national conversation concerning GMOs — plants whose genetic makeup is altered to produce traits unattainable in nature.

“GMOs are pervasive — 93 percent of soy, 88 percent of field corn, 94 percent of cotton and over 90 percent of canola seed and sugar beets planted in the U.S. are GMOs,” said Libba Letton, spokesperson for Whole Foods Markets.

Because of this, there has been a push from Whole Foods by their customers for GMO labeling.

“We are committing to full transparency and setting a five-year deadline to label all products to support the consumer’s right to know. Our customers have consistently asked for clear labeling,” said Kate Lowry, global PR director for Whole Foods.

The commitment to organic foods and transparency has been ongoing, as Whole Foods has worked closely with supplier partners, such as the Non-GMO Project — a nonprofit that works with over 15,000 food retailers to put out their 365-Everyday Value line of verified GMO free products — since 2009.

“The Non-GMO Project is committed to building and preserving non-GMO food supply. We have project verification programs all through the food supply chain. I think this is fantastic to see a store of this size making this level of commitment,” said Courtney Pineau, assistant director of the Non-GMO Project.

“The prevalence of GMOs in this country makes it hard for retailers to source GMOs. It also makes it hard for consumers to choose, so we are recommitting ourselves to full visibility. Offering those choices in our products is paramount to a more informed consumer,” Lowry said.

Not only has Whole Foods worked with the Non-GMO Project, but it has also extended support for current policy-changing efforts for GMO labeling. Examples include JustLabelIt.org in Washington, D.C., efforts in Washington state and Proposition 37 in the most recent California election.

“While we are encouraged by the many mandatory labeling initiatives, we are committed to moving forward with our own GMO transparency plan,” said Walter Robb, co-CEO of Whole Foods Market in a released statement.

The proposal is intended to push the national debate surrounding GMO labeling forward.

“We are Americans and we have a right to know what is in the products we buy and consume. We hope our efforts and the efforts of JustLabelIt.org and the others putting it to [the] test on ballot initiatives will lead to uniform national standards. We hope our proposal creates a ripple effect,” Lowry said.

Whole Foods Markets representatives do foresee challenges with the proposal in the next five years.

“Growing enough non-GMO food to meet demand could be a challenge, because it’s going against a 30-year trend in agriculture which favors GMO crops. Many suppliers are looking overseas for non-GMO grains and other ingredients. We want to encourage more American farmers to transition to growing non-GMO crops so supply can meet demand,” Letton said.

Students at UC Davis have differing opinions on GMO labeling, especially because Prop. 37 proposed full disclosure of GMOs on all food products.

“I believe that having to repackage everything would lead to more of a cost to consumers. If every company had to label their GMO products, then in addition to the cost of GMO foods going up, the price of non-GMO food would also go up because it would be considered ‘better,’ sort of like organic food. However, labeling GMOs might stigmatize them, and that could slow progress on those kinds of endeavors,” said David Belcher, a first-year political science major.

“I really think we should be labeling food that has been altered. I want to know what is in my food. If we are able to label all organic food, we should be able to label GMO products without much of a difference in cost,” said Zach Dahla, a first-year economics and communication double major.

Ultimately, Whole Foods hopes that its commitment to GMO labeling will influence other retailers to make changes and have a higher regard for informing consumers about what’s in their food.

“I think it’ll motivate and drive change for many retailers and that’ll be the biggest area of growth for a more informed consumer,” Pineau said. “What Whole Foods has committed to is so exciting for us at the Non-GMO Project.”