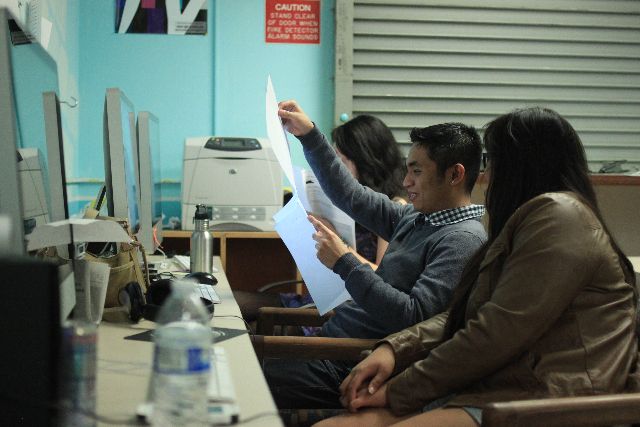 ASUCD unit AggieTV is aiming to keep up with what students are interested in, and is introducing new segments to its lineup.

“Our main audience is students. We’ve done that in the past with large projects, such as the UC Davis LipDub, or the Harlem Shake video. We’re always about the students, and we hope that this message is apparent in the content that we produce,” said AggieTV’s Executive Director Anna Oh.

New shows
AggieTV is currently producing several different video series, including “Word On The Street,” or WOTS, in which reporters move around campus and ask students to talk about relevant events coming up or interesting topics.

The unit also began producing “How To” videos in the fall. The videos teach viewers how to do a particular activity or perform a talent while featuring UC Davis student groups and organizations.

WOTS consists of reporters asking students about current events, while the “How To” segments focus more on student groups and clubs on campus. One example is “How To: Pop!” featuring the UC Davis Popping Club.

In addition, AggieTV is developing a news show that will be airing this spring, which will feature information regarding ASUCD and the different ASUCD units. Such information will include upcoming events and announcements from the ASUCD president.

According to Oh, the goal of the news show is for students to become more informed on issues and events concerning the student body as a whole, but because the project is still in development.

Oh said there will also be live music sessions, as the unit held auditions for live music talent and have recorded a few but will wait until they record more to release an initial video. This was done in collaboration with KDVS.

“We wanted students to show off their talent and reveal what Davis has to offer,” Oh said.

In addition to promotional videos for campus groups, AggieTV staff are motivated to create their own short films to showcase at the UC Davis Film Festival, according to Oh.

New equipment
According to Alex Park, director of Creative Media, the unit is always on the “cutting edge of media.” A proposal is currently underway for Creative Media to purchase two new plasma screen TVs that would be provided through ASUCD funding. The new TVs would play videos for all ASUCD units, including AggieTV, in public spaces on campus.

“We want to make sure that we can place [them] in multiple places on campus. Why get plasmas where they can’t be seen? We want [them] to be in high-profile areas,” Park said.

According to Oh, purchases are usually approved by drafting a bill to go through ASUCD Senate, as the unit is under ASUCD, not Campus Media Board.

Growing presence
“As an excelling ASUCD unit, I strongly believe that there is much potential for AggieTV, as well as larger and more exciting opportunities for future members of AggieTV,” Oh said.

The unit is hiring and searching for new photographers and reporters for spring 2013. Interested students can apply online at aggietv.org by April 15.

Tim Tran, AggieTV’s entertainment director, said many students that are entering the media industry are already expected to have many of the skills that AggieTV teaches to its employees.

“We are entering a workforce comprised of experts, and to get a job, one must have more than one skill. AggieTV strives [toward] developing its staff to build up their strong talents and teaching new skills, ultimately giving them a more competitive advantage in the world,” Tran said. “A reporter who can report, film and edit is much more valuable to an organization than a reporter who can only report.”