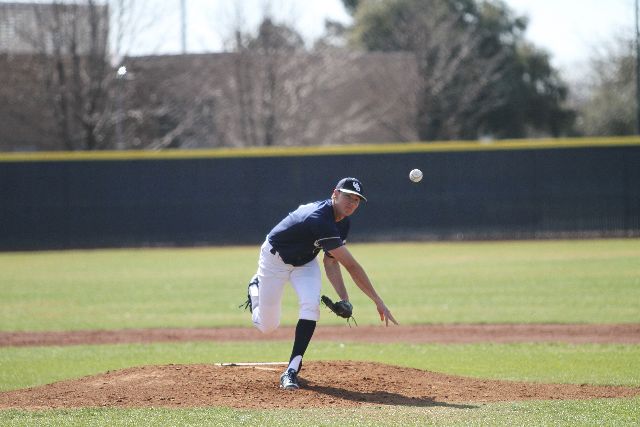 Teams: UC Davis at Long Beach State
Records: Aggies, 11-19; Dirtbags, 13-18
Where: Blair Field — Long Beach, Calif.
When: Friday at 6 p.m.; Saturday at 2 p.m.; Sunday at 1 p.m.
Who to watch: Sophomore John Williams has been the sure-handed outfielder that the Aggies have come to rely upon for more than his glove. Williams has played 25 games this year, starting 20 of them. After last weekend’s series against Fullerton, he is hitting .306 and has a team-high three triples. Williams’ .418 slugging percentage is good enough for third on the team. He is also tied for the lead in RBI as Williams has 19 so far this season.

The UC Davis men’s baseball team has struggled to bring in runs and Williams’ hitting has been a bright spot in an otherwise weak batting order. In the last game of the recent three-game series against Cal State Northridge, he went 2-4, with a double and an RBI. Though the Aggies eventually lost the game 5-2, Williams’ hits helped spark a stagnant UC Davis offense.

Williams has been spotless in fielding the baseball, having a perfect 1.000 fielding percentage. With the lack of offense, the Aggies will have to rely on their pitching and defense to win games. Williams definitely helps with the defensive part of the equation as he has yet to make an error this season.

As UC Davis heads into the weekend series against a decent Long Beach State team, Williams’ production, both with the bat and the glove, will be immensely critical in the Aggies’ chance for success.

Did you know? In last year’s season series against the Dirtbags, the Aggies came away with wins in two of the three games. They had impressive 6-5 and 5-0 victories against a Long Beach State team that went 15-9 in conference play during the 2011-12 season.

The Aggies’ ability to win against the 49ers is evidenced by their head-to-head records over the past few years. UC Davis has simply had Long Beach State’s number in recent games, winning three season series in a row. The last time the Dirtbags beat the Aggies in a season series was during the 2008-09 season.

As the Aggies head to Long Beach, they hope that the winning trend against the Dirtbags continues into this season. The Aggies will be looking to bounce back from a string of defeats by winning on Friday night.

Preview: The matchup against Long Beach State appears at a good time for UC Davis, as it has really struggled as of late. The Aggies have only managed to win two of their last 10 games. This stretch has included being swept by Cal Poly and Cal State Northridge.

However, the Aggies have hope as they face the Dirtbags, who have also had a subpar season up until this point. Long Beach State has struggled lately, winning only four of their last 10 games. This stretch includes a five-game losing streak.

Lately, the Aggies have been scoring runs at a low but consistent output. Including the Fullerton series last weekend, they have averaged 2.3 runs a game in the past 10 games. The Aggies will really need to find a spark in the batting order as their lack of runs has really hurt the team’s winning chances.

The pitching staff has been somewhat spotty this season but is slowly turning things around. Junior Harry Stanwyck has helped the Aggies with the amount of runs allowed during the latest series against a fourth-ranked Cal State Northridge team. In the first game of the series, Stanwyck pitched six innings, giving up only one earned run. The Aggies simply did not produce the run support needed for Stanwyck to win the game.

UC Davis will need to continue pitching at such a level in order to take advantage of the weekend series against Long Beach State. If they manage to pitch at such a level, the Aggies should have no problem winning against the Dirtbags, as history seems to indicate that the runs will come.

The Aggies averaged five runs a game during last year’s season series against the Dirtbags. Junior Nick Lynch definitely had a lot to do with those results, as during the two wins, he batted a solid .375 with two runs scored, one RBI and one walk. UC Davis will be looking for Lynch to continue the trend and provide some clutch hitting to beef up the batting order.