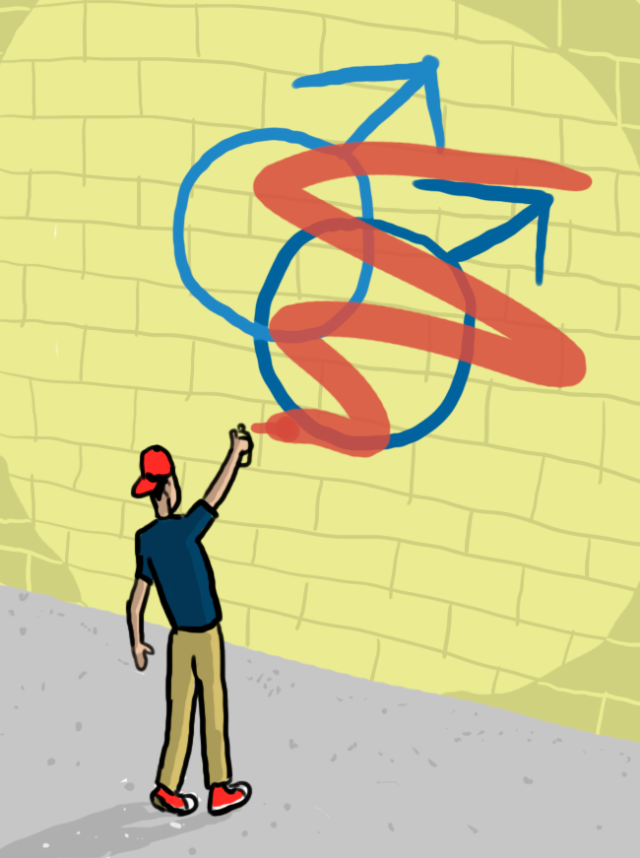 A preliminary hearing will take place on April 26 in Yolo Superior Court concerning the alleged March 10 hate crime against Davis resident Lawrence “Mikey” Partida. Suspect Clayton Daniel Garzon is scheduled to appear at the hearing on charges of felony battery and threat with hate crime enhancements.

“I just want to get it over with and move on,” Partida said in regard to the preliminary hearing.

According to The Davis Enterprise, Garzon’s attorney Linda Parisi argued that the anti-gay slurs reportedly used by Garzon during the assault were common slang terms and “not an expression of hate.”

“I just met with my lawyer for the first time,” Partida said. “[Parisi] is working to delay the hearing and we’re working to make sure that doesn’t happen.”

On April 3, a status update was posted on the Mikey’s Justice Fund Facebook page regarding the preliminary hearing, encouraging anyone with additional information regarding the crime to contact the Davis Police Department because “the most difficult thing will be proving this was a hate crime.”

“The argument in favor of hate crime ‘penalty enhancement’ statutes is that the criminal acts (violent acts) that are motivated by bias against someone because of an identity that they hold do not only victimize the one (or more) persons in the actual incident, they also victimize entire groups of people who share the identity of the person who was targeted,” Krause said via email. “The extra penalty is for this ‘ripple effect’ — the impact that many folks with that shared identity may experience.”

Shared impact
The impact felt among those with a shared identity after a hate crime might also be understood through a concept UC Davis psychology professor Dr. Gregory Herek described as “felt stigma.”

“There is this phenomenon known as felt stigma, this knowledge that people carry around with them about what the ‘rules’ are — who is stigmatized and who is not, and what is likely to happen in certain situations,” Herek said. “This is an abstract concept, but when a hate crime occurs it is likely to increase the feeling of felt stigma in the community, and the takeaway message from that is that these crimes do have an impact on the broader community.”

Dr. Herek did not comment on the Partida case or any specifics related to it, but referred to research he has conducted.

“In the 1990s, I conducted a study that looked empirically at hate crime victimization in the Sacramento-Davis area, with about 2,200 lesbian, gay and bisexual participants,” Herek said. “We asked people about their experiences with different types of criminal victimization and then looked at their scores on a variety of psychological measures.”

Herek also distinguished between a crime directly against a person, such as an act of violence versus a property crime, such as vandalism.

“When we looked at the results of lesbian women and gay men who had experienced a crime against their person which they believed was based on their sexual orientation within the previous five years or so, their levels of psychological symptoms were greater than those of other gay men and lesbian women who had experienced a crime which they believed was not based on their sexual orientation,” Herek said.

These symptoms include anger, anxiety and posttraumatic stress, according to the study, published in the 1999 Journal of Consulting and Clinical Psychology, Vol. 67, No. 6.

“Typically after a crime, especially a violent crime, victims experience psychological symptoms,” Herek said. “But generally these impacts hang on longer when the crime was based on sexual orientation than what might be called a ‘routine crime,’ and there is a general pattern that these sort of crime victims do suffer a more severe psychological impact.”

More instances of hate
“I would say that at least once a week a student shares an experience of feeling the impact of oppression in their lives in Davis,” Krause said. “These experiences range from being stared at to more forceful acts of hate like yelling of bias[ed]/hate language. Speaking from a personal place, I know that I have been impacted by the small and large ways that LGBTQI folks are devalued in daily interactions.”

Krause said she believes it is very possible that some individuals may be hesitant to reveal their sexual orientation in certain situations or come out due to the fear of hate and intolerance.

“I think that for some folks it is not optional to hide, for example — folks whose gender identity does not fall in the gender binary (woman/man) and who wish to present their gender in a queer way,” Krause said.

Criminal acts directed toward the LGBTQI community have occurred multiple times on UC Davis campus property in the past.

On Feb. 26, 2010, the UC Davis LGBTRC was vandalized, the door defaced with derogatory slurs. According to an open letter from the LGBTRC staff to the campus community, “this vicious hate crime demonstrate[d] the need for community centers like ours to exist in order to offer a safe space on campus and combat the homophobia, discrimination and hate that is still prevalent within our society.”

Facilities and administration immediately offered to clean up the graffiti, but according to the letter, the LGBTRC opted not to remove the graffiti immediately so as to educate the campus about the struggles their community continues to face.

“We feel it is easier to erase physical representations of violence than to heal from the ongoing impacts of this hatred,” the letter stated. “Erasing it makes it possible to avoid believing these things happen on our campus.”

The LGBTRC offers numerous programs for students as well as educational programming such as peer education and Safe Zone training in the residence halls as well as on campus. Jezzie Zimbardo, the community counselor, works with people who have experienced incidents of hate, too.

Support for Partida
Along with support from the campus community, many Davis businesses have shown their support for the Partida family in various ways.

On March 22, G Street WunderBar hosted “Mikey’s Night,” with a portion of the night’s proceeds being donated back to Partida and his family.

“Mikey is a valued employee of the Davis Food Co-op,” said Julie Cross, director of marketing and education for the Davis Food Co-op, via email. “The Co-op provided a $1,000 match to donations made to Mikey’s Justice Fund. We’re presently working on a 5K to benefit him and show our support, but it’s still very much in the planning stages.”