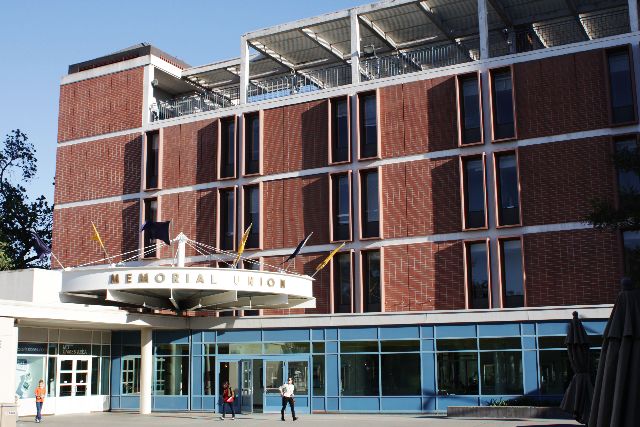 Next year, the Bookstore and the Memorial Union (MU) will undergo a renovation process, altering the existing space but not actually constructing new buildings.

“We are taking the existing footprint of the facility and basically renewing the interior and modernizing it,” said John Campbell, Executive Director for Campus Recreations and Unions, who is overseeing the project.

According to Campbell, the cost of the renovation is around $19 million. However, there will be no additional fees charged to students. He said all funds are coming from current reserves, and bonds will be used for extra costs.

ASUCD Senator Miles Thomas said he is concerned about the amount of money that will be taken from student government, and therefore student fees. The figure being discussed is $500,000, he said, though student leaders haven’t determined where exactly that money would come from.

The renovation project will consist of two phases. Phase one will begin in January 2014, with the renovation and renewal of the Bookstore. Phase two is scheduled to begin May 2014 and will include the first two floors in the MU, outdoor spaces on the Quad, South Quad and North Quad.

As part of the first phase, the entrances to the Bookstore will be changed. There will be a new entrance added to the North Quad, next to the Unitrans area, and another added to the East Quad area. The existing entrance located inside the MU will be closed.

The second phase, which includes the renovations of the first and second floors, will also bring significant changes. The Centennial Walkway from the Unitrans buses to the MU is planned to extend all the way through Howard Way and the South Quad entry will be realigned.

The existing units such as Aggie Reuse Store and the post office may be reduced in size during the renewal. However, the current floor plan is tentative and decisions are still being made on how to preserve all of the existing units.

The space between the ASUCD Coffee House and the Bookstore, which includes Griffin Lounge, will be converted into a more open space, similar to the Student Community Center (SCC), where one can study and socialize. The lounges on the second floor of the MU are also expected to be converted into an open study space.

“What I am really excited about is the whole new open area,” said ASUCD President Carly Sandstrom. “Griffin Lounge will kind of be taken down and students can study throughout that space, instead of it being divided up as it is now.”

Sandstrom also said that there is a possibility that The Corral and CoHo To Go could be merged. She also said that the third floor of the MU could be renovated as well. Plans for how this will be developed have not been advanced.

According to Campbell, the MU will be fully functional during construction.

“With the pub, our hope is that students will like the convenience of it being on campus. If you are 21, you do sometimes want a beer in between your classes,” Sandstrom said. “It could be another place for you to study, because not everyone likes a quiet place to study, and it can also be an entertainment venue, which we so need.”

The revamping of the Unitrans bus terminal will also help make way for the 2020 Initiative, which will bring in more students and therefore increase the need for buses, Sandstrom added.

According to Campbell, there will be many services after-hours as well.

“It is really going to embrace the opportunity for students to utilize this as their living space,” Campbell said.

The renovations are expected to reach completion in July 2015.

“While I have my hesitations about the funding, I’m really excited for the Memorial Union to be converted into what it should have been,” Thomas said.

SASHA COTTERELL can be reached at campus@theaggie.org.

UC Davis students reflect on what ASUCD has to offer