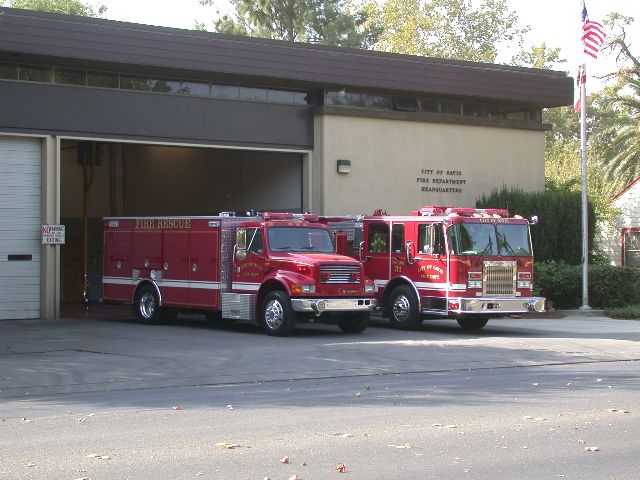 At a March 5 meeting, the Davis City Council voted to delay the decision to reconfigure fire engine staffing for the Davis Fire Department until June.

“We wanted to get more information and look at [it] in the greater context. At the time of the meeting, it was getting late and we didn’t want to make important decisions when so many community members weren’t present,” said Davis City Council member Rochelle Swanson.

“Ninety percent of calls the fire department receives are non-fire related. The proposed two person medical crew would allow the fire crew to stay in [the] station while the medical team could handle the medical call,” said Davis City Council member Brett Lee.

Over the past year, the fire department has been in a transitional state where many changes in addition to this proposal are being considered.

The four phases in consideration for improving the Davis Fire Department include changing the boundary lines for the three stations, changing the response time to meet national standards — six minutes for medical calls and six minutes and 20 seconds for fire calls, considering new management models and the proposal in question.

The changes being considered have been debated at various city council meetings since fall 2012.

“We are making these decisions carefully by looking at former Interim Chief Kenley’s report, the overall picture and how we do service for the entire community,” Swanson said. “It is not an anti-public safety decision, but rather it’s a long-term, sustainable service inquiry in consideration. We have to look at each factor with the budget in mind. It’s not just about cutting costs, but [seeing] what we can do with the resources that are available.”

The current interim chief of the Davis Fire Department is Davis Chief of Police Landy Black, who has been working closely with fire department division chiefs on the operational components of managing the department.

“Chief Kenley offered good statistics supporting the concept of a different model than what we’re already doing. I was convinced by the information he provided that we need to seriously consider a change. We need to find a model that provides high confidence but low enough of a cost to be able to continue providing to other city programs,” Black said.

“We will do our best to make whatever resources [that] the council gives us go as far and be as effective as possible. I think every model has some good and bad aspects and that’s what the council will weigh in on. The old way does have its advantages and disadvantages,” Pierce said.

Even though many decisions in regard to the future structure of the Davis Fire Department are still up in the air, council members see this as an opportunity.

“I think in some ways, it’s been positive,” Swanson said. “What’s good about this transition period is that we are getting policy in place so that when we hire our next permanent fire chief, we will hire holistically based on who fits our community ethics best.”