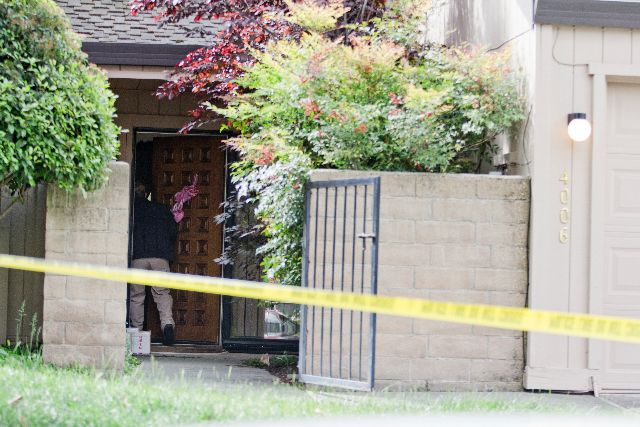 Davis Police are continuing their investigation of the double homicide of an elderly couple in South Davis. On April 14, police were called to the 4000 block of Cowell Boulevard around 9:20 p.m. after receiving a call for a welfare check.

The Yolo County Coroner’s Office released the names of the victims on April 16, and neighbors and family members confirmed them as longtime Davis residents Oliver “Chip” Northup, 87, and Claudia Marie Maupin, 76.

Northup was a local attorney and was part of a local band called the Putah Creek Crawdads, which often plays at the Davis Farmers Market. Maupin was involved with the local theater. The couple had six children and were married for 15 years.

“We are deeply saddened and in shock over the sudden and tragic deaths of two members of the extended Crawdad family,” said a statement on the Crawdads’ Facebook page. “The warmth in Chip Northup’s singing voice matched the warmth in his heart and spirit; he and his wife (and our dear friend) Claudia Maupin were two of the most generous and giving people anyone could hope to meet.”

According to the Davis Police log, the couple’s daughter called for the welfare check after she had not heard from her parents all day. She saw her parents’ car in front of their residence at 4006 Cowell Blvd., and noticed that the lights were on.

“During the course of the investigation, officers discovered signs of forced entry to the residence,” said Davis Police Lt. Paul Doroshov in a statement. “The Davis Police Department (DPD) is currently investigating the two deaths as homicides.”

A statement released by the DPD said it was clear that both victims had suffered stab wounds. The Yolo County Coroner’s Office identified the official cause of death as multiple stab wounds and the manner of death as homicide.

Doroshov said the police have not yet identified if there was a motive behind the homicides.

“They were the kindest, most caring and gentle people,” said Wayne Ginsburg, Northup’s fellow band member. “It’s just a shock and a great loss, and the method of loss makes it even more upsetting and devastating.”

Neighbors said the streets south of the condominiums, in particular Vista Way, faced a recent string of burglaries. However, neighbors said most of the burglars entered through open windows or doors. One neighbor said she remembers hearing about neighborhood watch meetings on the street behind her as a result of the break-ins.

“There have been some burglaries in the area, but not with violent confrontations like this, so it is unclear if the two are related,” Doroshov said.

Residents reported over 18 burglaries and break-ins in the neighborhoods around Cowell Boulevard over the last three months, according to the DPD’s interactive crime map.

Doroshov said homicides are a rarity in Davis and because of the violent nature of the crime, police deployed extra patrol officers as a precaution.

This is the first homicide in Davis since Oct. 1, 2011, when James Elron Mings fatally strangled Kevin Gerard Seery in Seery’s J Street apartment. The case was identified as a case of assisted suicide. Mings will go on trial later this month.

The crime scene is near the Clearwater Apartments — formerly the Tennis Club Apartments — where in 2004, Dennis Edward Thrower was shot in the doorway of his apartment. The assailant, Eric Steven Chase, Jr., is serving a 20-year sentence for his crime.

“While Davis achieves a high degree of safety through our police and the watchful eyes of all, we are not im[m]une from terrible acts,” Mayor Joe Krovoza said in a statement. “Let us all redouble our efforts to protect our fellow citizens and give support to those who have suffered this irreversible loss.”