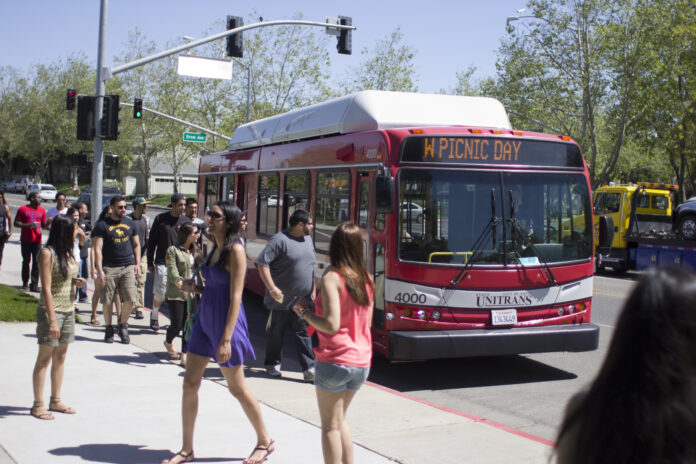 Picnic Day is one of the busiest days of the year for campus dining and Unitrans transportation services.

According to Darin Schluep, food service director for Associated Students Dining Services, the ASUCD Coffee House (CoHo) garnered about $28,000 in revenue on Picnic Day — an increase in overall sales of about three percent.

“The thing that makes Picnic Day so crazy for us … is our services are focused in a four- or five-hour timespan,” he said.

The Coffee House earns an average of about $27,000 in sales Mondays through Thursdays.

Schluep added that there are many costs associated with the event, including materials and heightened labor costs, so like usual school days, not all revenue is returned to the business.

On-campus retail dining also garnered near the same amount of revenue that they would on a usual day, according to Gina Rios, general manager of Retail Operations at University Dining Services by Sodexo.

Rios said that staff at retail dining locations, like the Silo, were busy the whole time they were in open — as opposed to receiving groups of customers hourly or between class times.

“Picnic Day income is part of the annual income budgeted for these units to provide services and cover all of their expenses throughout the year, including funding for almost 500 student jobs,” said ASUCD interim business manager Anne Myler in an email interview.

Myler said because AS Dining Services and Unitrans are breakeven operations, they do not have surplus funds at the end of the year.

Unitrans, which charges $1 to all passengers (excluding senior and disabled passengers) on Picnic Day, made $10,241 during Picnic Day in 2012, with 12,415 passengers — 1,433 passengers fewer than the previous year, according to Teri Sheets, assistant general manager at Unitrans.

“This is work over and above their normal work schedules, and they provide a higher level of service than Unitrans normally provides on a standard Saturday,” Sheets said.

A significant amount of the revenue made goes toward driver, supervisors and cleanup crew pay, according to Sheets.

The amount made for this year’s Picnic Day is still being calculated. However, Sheets said Unitrans is estimating that approximately $9,400 was made.

A large amount of the profit is also directed toward UC Davis and City of Davis Police service.

“The remainder of the fare revenue that we make on Picnic Day is allocated to pay for the additional security presence on the buses and at the MU and Silo terminals. Our customers and drivers have expressed appreciation for this security presence to discourage unruly behavior and to respond quickly to medical emergencies that may come up,” Sheets said in an email interview. “In the end, Unitrans does not make a profit from the fare revenues collected on Picnic Day.”