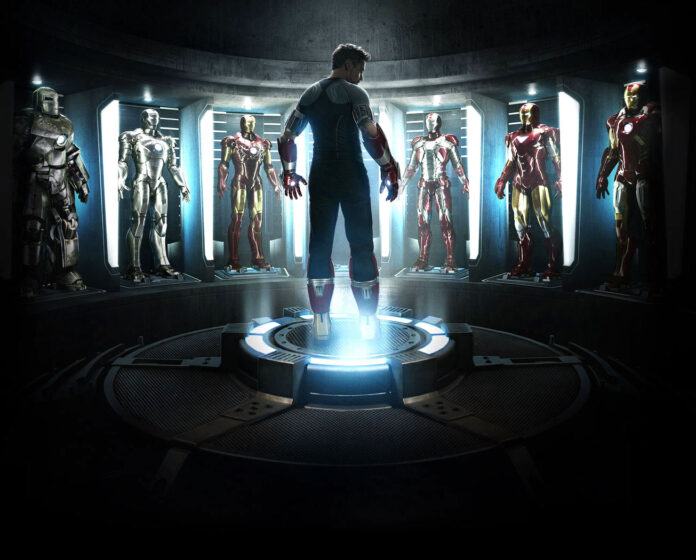 If you were to step back five years and ask any chance passerby if they recognized the name “Iron Man,” you’d be met with one cocked eyebrow and a resounding “no.” Prior to Marvel Studio’s ambitious first independent studio effort in May of 2008, the many adventures of Tony Stark and his metal-clad alter ego were the province of die-hard followers and convention connoisseurs.

In July of 2008, staring awestruck at the first preview footage from the film in Conference Room B of the San Diego Comic-Con, I was one of those people. I even dragged my father to wait two hours in line to meet Robert Downey, Jr.

Today, Iron Man is one of the most recognized characters in the entire world. The franchise has gone on to break box office records, catapulting Marvel Studios into a winning season of successful blockbuster films and elevating the artform of superhero storytelling from ages hence.

I had the utmost privilege of attending a pre-screening of the newest installment on May 1. Once again, I found myself shaking with anticipation to see one of my favorite childhood characters fight against the forces of evil in eye-popping high definition. This time around, however, my father was just as excited as I was.

I am happy to report that Iron Man 3 lives up to the grandiose legacy of its predecessor. The film succeeds in the same fashion that made the franchise so fresh five years ago — focusing on the “Man” first and the “Iron” second. That’s not to say director Shane Black skimps out on high-octane, nerdgasmic action sequences — there are plenty to be had. One particular scene involving a mid-air plane rescue is simply too star-spangled awesome to be comprehended by mortal eyes.

But the heart of the movie doesn’t stem from firing lasers at bad guys in 3D. It comes from watching our favorite smart-aleck superhero helplessly hunched over from an anxiety disorder, reaching out to loved ones for support, hurting from the very ordinary problems of everyday people. Iron Man can fly. But Tony Stark is just a quicker-witted version of you and me.

Black’s screenplay is dripping with humor, even dabbling occasionally into self-deprecation. Characters poke fun at themselves, at each other, and sometimes at the ridiculousness of the superhero in general. Even in the most gripping of action shots, Downey Jr. will deliver some brilliant one-liners that leave you giggling uncontrollably.

The plot rejects all former cliché, and nothing feels rehashed or familiar. Sometimes this isn’t the best thing, often feeling like the plot is figuring out where to go right along with you.

Black borrows heavily from the beloved “Extremis” comic arc in 2006, a major success of its time that recharged the series for a new generation of comic fans. But without familiarity from the source content, some elements from the movie will probably leave viewers slightly confused.

The film is not without its flaws. The direction the producers decided to go with the movie’s main antagonist, the Mandarin, will surprise most and leave many fans outraged. There are plot holes abound, and several action sequences are simply too “cool” to be believable, even with suspension of all disbelief. Too many times for one action flick you’ll be screaming, “No way!” instead of, “Yay!” and there are more than a few shots thrown in just to please your 12-year-old nephew and my old dorm neighbor who watches The Avengers on his laptop every night to fall asleep.

Like Christopher Nolan’s Batman arc, Iron Man works on a more meta-level than your average action film. Like nuclear missiles and military drones, Marvel’s technology has evolved too fast for its own good. Stark crunches out more and more versions of his suit, making them capable of working on their own or operating from a distance. It’s hard not to silently compare the fleet of different colored Iron Men soaring through the sky to the display of iPods at BestBuy. While my old dorm neighbor will probably just watch with overzealous glee, you can’t help but cringe at the excessiveness of Iron Man’s gadget-techno-missile-orgy. Fortunately, the movie cringes right along with you, answering its own concerns in a nicely-wrapped up finale.

Villains act as a portal to some thought-provoking commentary, touching on political manipulation and the image of modern America. “It’s a free country,” one character blurts at Downey Jr.

Overall, Iron Man 3 provides a thoroughly entertaining experience for people of all ages and is well-worth throwing your money at. It might carry the same magical effect as first seeing that metalloid figure blaze through the skies five years ago. But the 15-year-old comic nerd in me has never felt more at home.

And, as always, make sure to stay after the credits for a wonderful surprise.

ADAM KHAN will continue to poke fun anonymously at his old dorm neighbor. Chastise him if you know he’s talking about you at features@theaggie.org.