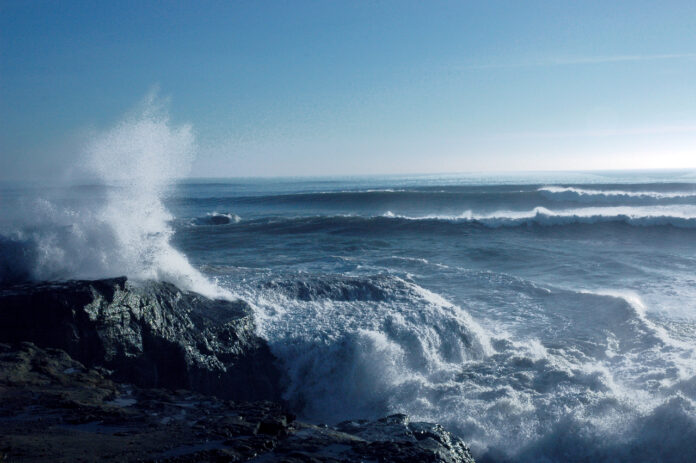 Most of us have probably been exposed to the term ocean-spray at some point in our lives. Maybe we associate this title with a common brand of cranberry (fantastic alongside any Thanksgiving dinner), or a delightfully cool marine-mist experienced only by the most avid of tide-pool junkies. However, the cool mist we all love is more than just seawater.

Biological and physical oceanic researchers from the UCSD Scripps Institute of Oceanography (SIO) have concluded that ocean-spray, or marine aerosol, is in fact a thin vapor of inorganic compounds, bacteria and microscopic marine organisms that are heavily involved in cloud formation. The study also looked at marine aerosols and the impact they have on their surroundings.

An aerosol is literally defined as “a gaseous suspension of fine solid or liquid particles.” Therefore, with a dash of critical thinking, marine aerosol can be defined as a gaseous suspension of oceanic particles; simple. It’s key to note that marine aerosols are actually a dynamic cocktail of inorganic salts and microbial organisms that are small and light enough to be incorporated into an evaporated, suspended mass of ocean water upon the crashing of waves — a slightly more complex definition.

For decades, the question for oceanic researchers remained how to measure the raw constituents and behaviors of marine aerosols while accounting for external factors that would unavoidably contaminate samples. Without a way to isolate unadulterated specimens, there would be no way to truly quantify the impact that these natural marine aerosols have on climate and oceanic ecosystems.

“The facility generated nascent (new) marine spray from breaking waves in seawater [at the] air-sea interaction facility, [using] the 30m long glass-walled wave channel at the S.I.O. Hydraulics Laboratory,” said Grant Deane, Facility Director of the SIO and marine aerosol physics expert in an email interview. “[We] designed and built a portable tank based on a modulated, plunging waterfall to replicate the chemistry and physical properties of the particles produced by the breaking wave. This much smaller system is portable, and suitable to use in laboratories and on ships.”

With the expertise of Deane and colleagues, researchers were able to construct a living, breathing replica of a pacific tidal environment within a 30 meter long indoor chamber called a flume. This functioning, indoor reef biosphere, which accounted for wind, reef presence and inorganic/organic oceanic content, is a state-of-the-art approach to observing and measuring the behaviors of marine aerosols and the factors that influence them.

Upon analysis of the sea spray, researchers found that the ability of aerosols to form clouds was almost entirely dependent upon the bacterial concentration of the sea water. Researchers tested this observation further by artificially introducing bacterial cultures to the test flume and recording the likelihood of cloud formation. Observations showed that when bacterial concentration increased fivefold, the ability of marine aerosols to form clouds fell by about two thirds.

“The ocean has a huge impact on climate change — [a] better term than global warming because some regions of the world are getting cooler while most others are getting warmer. The oceans cover 71 percent of the earth, [and] the clouds formed by sea spray keep our planet cooler,” said Kimberly Prather, director of the National Science Foundation’s funded Center for Aerosol Impacts on Climate and the Environment (CAICE), the organization that provided the backing for this research project. “Understanding why we get more clouds (or less) due to changes in the ocean is critical to understanding factors influencing our climate.”

Marine aerosol research is an extremely important branch of research, as it is directly related to global climate change, and has not been extensively studied.

“We cannot know for sure how much humans are impacting climate until we understand the natural processes that occur on natural aerosols which are much more abundant,” Prather continued. “The interesting fact presented in this story is how much bacteria influence the composition of seawater and in turn how much this influences sea spray composition and cloud formation. It appears the bacteria can reduce the ability of sea spray to seed clouds. This study represents a first step; we can learn a great amount.”

UCSD proves yet again that the advances in scientific practices are as unstoppable and potent as evolution itself. Additionally, this study helps to address the mainstream scientific dilemma of global climate change. With worldwide obstacles such as these, even the tiniest droplet of knowledge counts.

While some of us may continue to associate the term ocean-spray solely with a brand of bitter fruit that goes well with mashed potatoes and gravy, perhaps others have gleaned insight from this brief, albeit fascinating, exploration of marine aerosols.