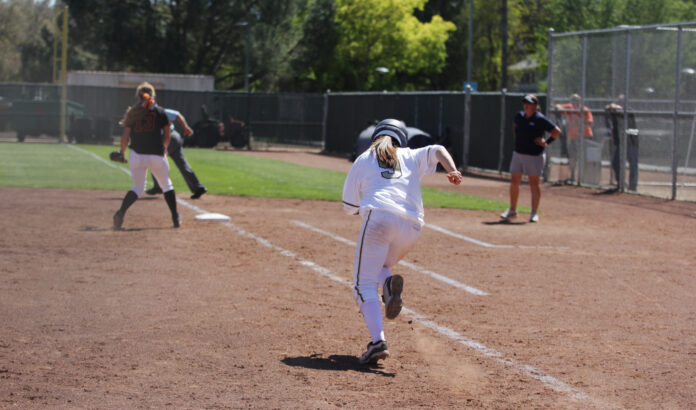 Teams: UC Davis at Long Beach State
Records: Aggies, 21-24 (8-10); 49ers, 32-20 (14-7)
Where: 49ers Softball Complex — Long Beach, Calif.
When: Saturday at 1 p.m. and 3 p.m.; Sunday at 1 p.m.
Who to Watch: With the second-to-last series and the last away games of the season just around the corner for the UC Davis softball team, several players can come into these final six games feeling very comfortable both at the plate and on the mound.

Standout freshman shortstop Christa Castello enters this last road trip against the 49ers leading the Aggies with 38 hits and a solid overall average of .306. Not only has Castello established herself as a key hitter in the meat of the Aggie’s lineup, but she also has utilized her speed to add to the team’s success. A menace on the base paths, opposing catchers just cannot stop her as she continues to use her speed to lead UC Davis with 13 stolen bases.

Another player that has helped to manufacture runs is junior second baseman Chandler Wagner. Wagner currently leads the team with 20 runs batted in. Although the Aggies dropped a 4-3 game against Cal State Fullerton, one of the positives that came out of the matchup was Wagner’s hitting performance. She recorded her eighth two-hit game of the season, matching freshman Jasmine Lee, another steadfast lefty that continues to swing the bat well in the Aggies’ lineup.

Not only are the players looking strong at the plate, but 2012 Big West Conference Pitcher of the Year Justine Vela can be proud of a season-low earned-run average of 2.18 in addition to 13 wins. To add to those 13 wins, the right-handed hurler is seeing lucky sevens all over the board with seven shutouts ranking her tied for 15th in the country.

Vela is not the only successful Aggies pitcher, as the entire pitching staff has maintained ERAs below 3.00. Freshmen Leah Munden and Marissa Chapa, with a 2.67 ERA and a 2.17 ERA, respectively, and senior Jessica Thweatt’s 2.73 ERA show the dominance of the UC Davis pitchers. The Aggie pitching staff’s collective ERA of 2.36 puts them only 0.03 points behind Big West pitching leaders, Hawai’i.

Did you know? Prior to their final game against Cal State Fullerton this past weekend, in which their comeback bid ended up coming up short, the team was on a four-game winning streak. This weekend the team travels down to Long Beach for their last road trip of the season.

Preview: The Long Beach State softball team will not be an easy final road trip for the Aggies. With an overall record of 32-20, LBSU is currently in second place behind Hawai’i in the Big West standings. The 49ers also lead the Big West with a team batting average of .293.

Also, LBSU’s shortstop Shayna Kimbrough leads the conference in both hits, with 69, and batting average, with .379. The Aggies will need to be firing on all cylinders this weekend, making sure to execute both offensively and defensively.

Minus the close loss to Fullerton, the team has been proving their worth on the diamond. Snapping back from an initial loss against UC Riverside several weeks back, the ladies won the next two and rolled that momentum into their first two games against Fullerton to maintain that winning streak.

Although the team’s recent loss could be discouraging, with Vela and the rest of the staff continuing to put up zeros on the board and the UC Davis hitters putting up numbers of their own, the Aggies should feel confident that they will take three from Long Beach this weekend.