Divestment resolution fails in ASUCD commissions, will not move forward 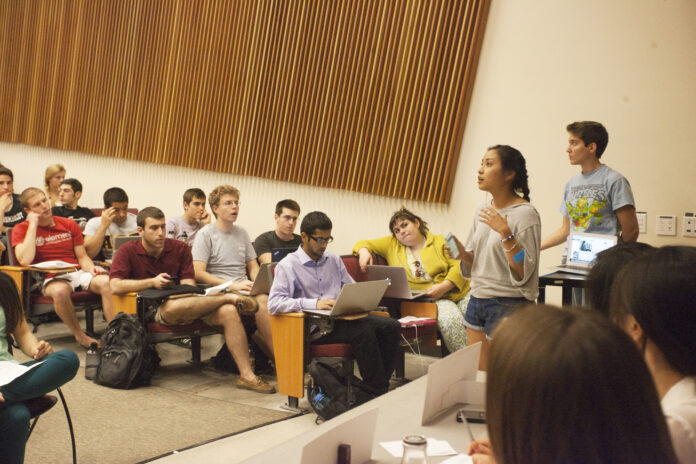 On May 7, the ASUCD Business and Finance Commission voted against passing Senate Resolution 30, which supported the University divesting funds from corporations that profit from the occupation of Palestine.

Many people on both sides of the issue have expressed the belief that this will not be the end of the issue on the UC Davis campus.

“I don’t see any suspension of dialogue happening. I see this as just a start of things to come,” said Matt Hamou, a Business and Finance commissioner.

Members of the Business and Finance Commission rejected the resolution with a vote of two in favor, five against and two abstentions.

“Going in, my personal goal was to make sure that both sides left feeling that they had been treated respectfully and equally, independent of the vote count,” said Rylan Schaeffer, Business and Finance Commission chair. “Abstentions are rare. While the reasons two commissioners had for abstaining were complex, a key aspect definitely had to do with the controversial nature of the resolution, as well as the magnitude of the issues it sought to discuss. Israel-Palestine is one of the most complex issues in the international arena today and is not something one votes lightly on without feeling absolutely certain about their decision.”

The meeting started at 7 p.m. and lasted for hours, with a significant amount of public discussion from both sides of the issue.

“This resolution completely turns a blind eye to the other violators of human rights in the world and singles out Israel,” said a speaker from the public.

However, proponents of the resolution said they needed to stand in solidarity with Palestinians.

“How can you value money over human rights?” asked a supporter of the resolution.

ASUCD President Carly Sandstrom and Vice President Bradley Bottoms publically announced their opposition to the resolution in a press release.

“The ASUCD Executive feels that passing this resolution will not be fully representative of the student body at large. The issues this resolution addresses are grave and personal for many students. If passed, it runs the risk of furthering the divisiveness of these issues and further separating members of our community,” the press release states.

“The commitment to divestment is now even stronger. As a community we can now give each other the energy and motivation to bring this back in the Fall,” the status read.