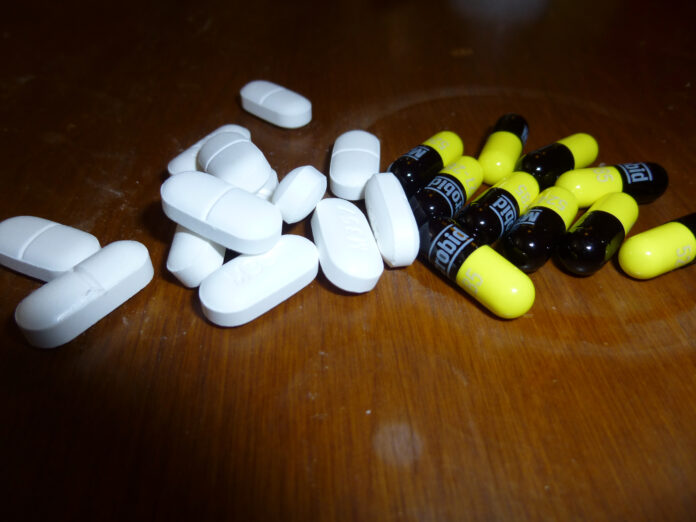 A collection event, also know as the Take Back Initiative, took place on April 27. This is the sixth year the DPD has participated.

“During the span of those four hours that we did the event, we collected 315 pounds of unused, unwanted or expired medication,” said Lt. Glenn Glasgow.

Unused prescription medications are a public safety issue because they can lead to poisonings, accidental overdoses and in some cases, abuse of the narcotics, Glasgow said.

Additionally, a survey done in 2011 by the Substance Abuse and Mental Health Services Administration found that more than 70 percent of prescription medication abusers got the medication from friends or relatives.

“This is a way of removing the opportunity for people who may have an addiction to these pills, [it is a way] to get [the pills] out of the house and to hopefully start the treatment process,” Glasgow said.

Participation in the Take Back Initiative is done on a voluntary basis by individual police departments all over the country. According to Glasgow, there were 211 collection sites in Northern California and the Central Valley this year. The DPD holds two collections a year — one in the spring and one in the fall. The disposal of the pills is done through incineration, in accordance with federal and state environmental guidelines.

“We view it not only as a community service to assist people in discarding their unused, unwanted and expired medication properly because it could pose a threat to the environment if they are discarded improperly. We also view it as a way of hoping to avoid people being able to access prescription medication that was not prescribed to them,” Glasgow said.

Glasgow said that preventing abuse is particularly important because taking prescription medication without the prescription from a doctor can be potentially lethal.

“The biggest risk for harm with regard to expired medications or medications around the house that aren’t being used is that they will be accidentally ingested by children,” said Dr. Tom Ferguson, medical director and physician at UC Davis Student Health and Counseling Services. “Medications that control blood pressure in adults can kill a child from heart blocks.”

According to Ferguson, the abuse of prescription narcotics and ADHD medicine is quickly becoming a leading cause of death in young adults in the United States.

“People ingest opiates recreationally or become addicted to opiates, and there is a fine line between abusing for recreation and stopping your heart or stopping breathing,” Ferguson said.

Wolff does not agree with selling or allowing others to use unused prescription drugs.

According to a DEA public information officer, Special Agent Casey Rettig, twice as many Americans regularly abused prescription drugs in 2011 than the number of those who regularly used cocaine, hallucinogens, heroin and inhalants combined.

“We encourage all of our law enforcement partners to participate in this outstanding community event by hosting a collection site,” Rettig said in an email interview. “The goal of the program is to allow citizens of Northern California to deliver all of their unused, unwanted or expired medications to law enforcement officials who can, in turn, dispose of these controlled substances in a safe, secure and non-hazardous manner, potentially saving lives and protecting the ecosystem.”

SYDNEY COHEN can be reached at city@theaggie.org.