Restaurant chains branch out to Davis 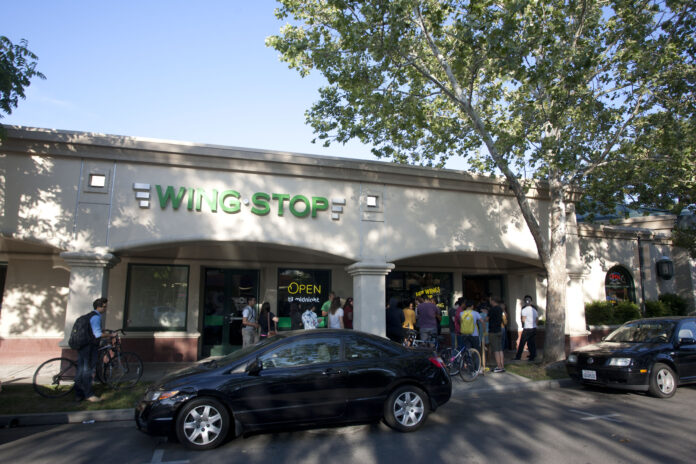 A number of restaurant chains are opening new locations in Davis. These include Huong Lan Sandwiches, Jack’s Urban Eats, The Melt, Wingstop and Yogurtland.

The restaurant serves American food such as sandwiches, salads and specialty sides including sweet potato fries, mashed potatoes and macaroni and cheese. Owner of Dos Coyotes and Jack’s Urban Eats Bobby Coyote said they are famous for their urban fries.

Coyote said he saw an open space and that gave him the opportunity to expand in Davis.

Manager of Jack’s Jeremy Goebel said that the first Jack’s restaurant opened in 1998 and they have been expanding in the Sacramento area since then.

“We have seen a wide range of customers so far — students, families, professionals,” Coyote said. “It’s a similar demographic to Dos Coyotes and we are happy to open and are having fun serving good food.”

The Marketplace will also be home to Yogurtland, which is taking over the old Cold Stone Creamery location. The location has been vacant since December 2010. Yogurtland is an Irvine-based frozen yogurt chain that was founded in 2006.

It is unclear exactly when Yogurtland will open, but construction is underway and there is a “Coming Soon” sign hanging above the entrance.

Wingstop was the next restaurant to open in Davis on May 8, and it is located at 408 G St., right next to El Mariachi in downtown Davis.

“We are really excited to bring Wingstop to the students,” said Bal Randhawa, co-owner of Wingstop.

Bal said she and her husband Sukh Randhawa decided to bring Wingstop to Davis because they felt college students would flock toward a place that serves beer and wings.

“I’m excited [for Wingstop to open] because if I craved wings, before I would have to drive to Vacaville for Buffalo Wild Wings or go some place in Davis where wings are just a side dish,” said Shan Hansra, a third-year neurobiology, physiology and behavior major.

Bal said that currently their hours will be 11 a.m. to midnight but they are still deciding on the possibility of remaning open until 3 a.m. on Thursdays, Fridays and Saturdays.

The owners are also planning a grand opening sometime in the near future, but a date has not yet been decided. On May 11, the Budweiser girls will be at Wingstop to promote the new location.

The next chain location to open in Davis is a Bay Area-based restaurant called The Melt. The restaurant serves what they call “grilled cheese happiness.” Paul Coletta, chief marketing officer and general manager of The Melt, said they are planning to open in late August, before school is back in session.

“We feel Davis is a good location because [it] is a community that loves good food and is willing to pay a little more for it,” Coletta said. “We are targeting college university centers like Davis, and we already have locations near two universities — UC Berkeley and the University of Southern California.”

The franchise has been in business since September 2011 and they have 15 locations across California. Some are restaurants and some are buses. The chain has a fleet of buses that serve the full menu and are permanently located at bus stops.

Coletta said they value the quality of ingredients and use no artificial ingredients or flavors.

With the rise of chain locations in Davis, it seems that small businesses are suffering. Common Grounds Coffee, located at Oakshade Town Center, lost its lease at the end of March when their landlord did not want to renew it. After a few months of uncertainty, owners Son Chong and Michelle Kim were able to get a new lease.

Chong said the new location will open in August. They will be serving beer, wine and appetizer-type food in addition to their current coffee menu. Another change is that they will be open until 10 p.m. every day except Sundays.

“We were able to get a new lease next door to the old location because of pressure from the community,” Chong said. “The new location will be a cool place for people to study and we will have more seating and a patio.”