Save Mart to pay $2.55 million settlement 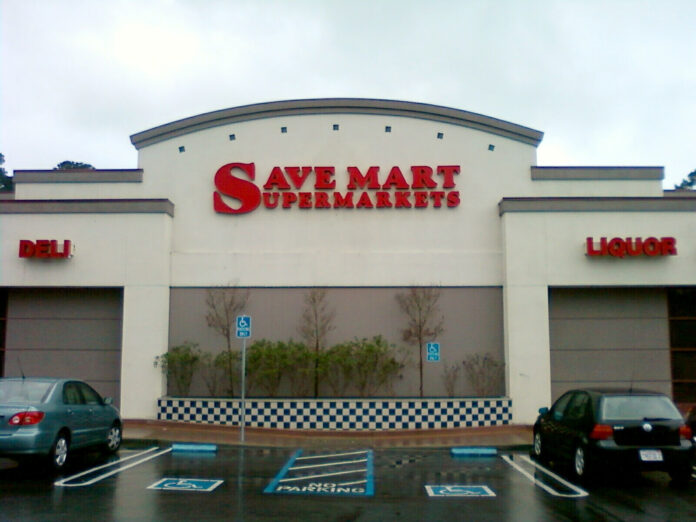 On April 4, a settlement was reached among 35 California counties — including Yolo County — in a civil law enforcement action against Save Mart Supermarkets.

The complaint, filed in San Joaquin County Superior Court, alleged that Save Mart, which operates one store in Davis, “violated California laws for the safe storage, handling and disposal of hazardous waste generated from spills and customer returns of hazardous products,” according to a press release issued by the Yolo County District Attorney’s (DA) office.

Court documents regarding the case can be accessed at the San Joaquin County Superior Court, located in Stockton.

Allegations
According to a press release issued by Save Mart, the case did not concern any fresh grocery items or other items sold to customers, nor did any customers sustain injuries resulting from hazardous waste.

According to the EPA, in regulatory terms hazardous waste is defined as any waste product appearing on one of four lists outlined in the Resource Conservation and Recovery Act (RCRA): the F-List, the K-List, the P-List and the U-List. Any waste product that is not included among these lists is still considered hazardous waste if it is ignitable, corrosive, reactive and/or toxic.

“We reached out to the folks at Save Mart, and they were very forthcoming with us that there were issues and they worked very quickly to resolve them,” D’Agostino said.

Save Mart Supermarkets, based out of Modesto, operates throughout California and includes the Lucky, Maxx Value Foods and Food Maxx brands. The alleged violations occurred over a period of several years at both Save Mart stores and distribution centers, including Albertson’s stores bought by Save Mart in 2007 and rebranded as Save Mart or Lucky.

The violations were addressed collaboratively between Save Mart, the prosecuting district attorneys and investigative agencies. Yolo County DA Jeff Reisig stated in the press release that the case “was a team effort where we worked with other district attorneys and law enforcement agencies statewide. We also appreciate Save Mart’s efforts to work cooperatively with us to rectify this problem.”

Environmentally unfriendly
Under the settlement, Save Mart must pay $2.55 million in civil penalties and costs along with “expenses for supplemental environmental projects furthering consumer protection and environmental enforcement in the state,” according to the Yolo County DA’s press release. Save Mart will also be bound under an injunction to prohibit such environmental violations in the future.

The settlement additionally awards $14,000 to the Yolo County DA’s office for aquatic toxicity studies, as stated in the press release, and $225,000 to fund trainings specifically regarding hazardous waste laws and the handling of hazardous waste. Trainings will be held in Yolo County along with six other counties in California.

The aquatic toxicity studies test the safety of consumer products, according to D’Agostino.

“The money has been provided as part of the Save Mart settlement specifically for the testing of consumer products,” D’Agostino said. “It cannot be spent on salaries or employee benefits and is set aside entirely for scientific research and lab analysis.”

D’Agostino emphasized the importance of environmental protection in all counties, including Yolo County. According to D’Agostino, landfills have closed in Yolo County in the past.

“Environmental crimes are unusual in that they impact every Yolo County citizen,” Reisig said in the press release. “Illegal disposal of hazardous wastes affects citizens by compromising a finite amount of resources. There is only one landfill in Yolo County and we all share it.”

Collecting waste
Issues regarding the legal disposal of hazardous waste are not restricted to businesses. Individuals may not realize that items they dispose of such as lightbulbs, batteries or pharmaceutical drugs are considered hazardous waste and must be disposed of accordingly.

Davis Waste Removal, in operation since 1972, provides waste management and recycling services for the City of Davis but does not collect hazardous waste.

“The landfill is three miles away from Davis,” said John Geisler, operations manager at Davis Waste Removal. “It’s not an option here due to the expense involved in it. Every time you take something to the landfill, they charge a fee, and it’s [hazardous waste collection] funded by the fees we pay.”

Yolo County residents can dispose of their hazardous waste on Fridays and Saturdays from 7:30 a.m. to 3:30 p.m. at the Yolo County Central Landfill, located in Woodland. There is no cost to drop off hazardous waste, according to Geisler.

“I think I have a pretty good understanding of what materials are hazardous, but in my two years here, I don’t think I’ve ever actually had to dispose of any,” said Aaron Shuler, a second-year computer science and music double major. “There should be a collection center in every city in Yolo County.”