This Week in Science 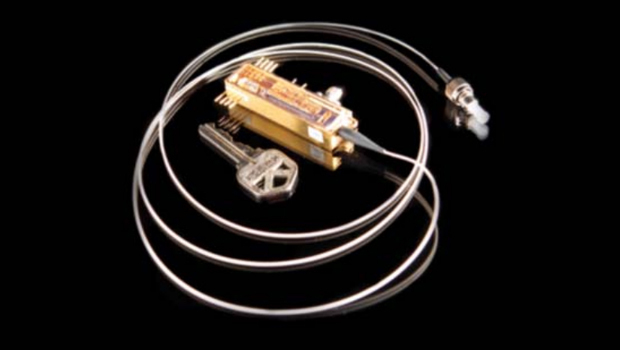 Security:
For those who believe in government conspiracies, here’s a good one for you. There has long been talk in the internet security community to create what is known as the “quantum internet,” otherwise known as an internet with perfect security. Apparently, researchers at the Los Alamos National Labs have had a quantum internet up and running for over two years. A quantum internet would function on the principle that observing a quantum particle would change its properties such that any individual who is authorized to view the data would immediately be able to know if it had been viewed before. This kind of security would completely eradicate hacking attempts on banks and other government and financial institutions.

Human Brain:
Until recently, scientists have thought that fungi were the only organisms that could naturally produce antibiotic agents, or chemicals that can kill bacteria. A recent brain study from the Luxembourg Centre for Systems Biomedicine has found that the immune cells in the human brain produce a substance known as itaconic acid, which effectively inhibits bacterial growth. It is the first ever “endogenous” antibiotic discovered in a mammal.

Disease:
Well, scientists have gone and done it again, flaunting knowledge perhaps a little too indiscriminately. In past years, the human populace has been terrorized by the infamous H1N1, and more recently, the H7N9 and H5N1 flu viruses. By mixing genes from the H1N1 and H5N1 viruses, geneticists at the Harbin Veterinary Research Institute of the Chinese Academy of Sciences have created a hybrid flu that can be transmitted effectively through the air. Since these viruses are particularly effective against mammalian DNA, another pandemic could be in the works if the hybrid is not properly contained.

Medical Breakthrough:
If you’ve ever watched the movie Sphere, you may remember the super futuristic scuba suits they wore, the ones where the divers had to breathe liquid oxygen. They did that because the liquid oxygen was less susceptible to compression at great depths than its vapor counterpart. Recently, scientists at Boston Children’s Hospital have created “injectable oxygen” that can open up many pathways for deepwater exploration. The discovery came as a side product of the development of a nanoparticle that stores about three to four times as much oxygen as a normal red blood cell. It is meant to be injected into patients who are suffering respiratory failure, and can keep those patients alive, preventing them from getting brain damage or a heart attack from lack of oxygen.

Addiction:
Researchers at the Scripps Institute in San Diego have just created a “vaccine” for heroin that completely removes a patient’s desire to seek out the drug. Although not yet tested on humans, the vaccine is ready for human trials after extensive testing on rats. Heroin-addicted rats were put through withdrawal, given the vaccine, and then put into close proximity to heroin again. The rats that were given the vaccine made no effort to seek out the heroin. The vaccine is meant to help patients who are trying to quit and to prevent relapses, not to immediately remove an addiction.

Life Expectancy:
UCLA researchers have discovered that by boosting the efficacy of a single gene in fruit flies, they were able to increase the average lifespan by 28 percent. The gene, known as Parkin, has been shown to be closely related to the onset of Parkinson’s disease when defective. The gene’s normal function is to recycle old proteins and mitochondria inside of cells. When mitochondria deteriorate throughout our lives, we begin to see the signs of “aging,” and boosting this gene can prevent that deterioration from occurring as quickly.

Double-edged sword:
One of the most commonly used substances in building construction and product manufacturing is flame retardant. These substances save countless lives by preventing fire from consuming things as quickly. However, researchers from the University of Cincinnati have linked this same substance to lower IQs and extreme hyperactivity in young children. For every two-fold increase in a mother’s exposure to these materials, their infants experience a one-point drop in IQ. Flame retardants have also been shown to damage mammalian thyroid systems and brain development in newborns.