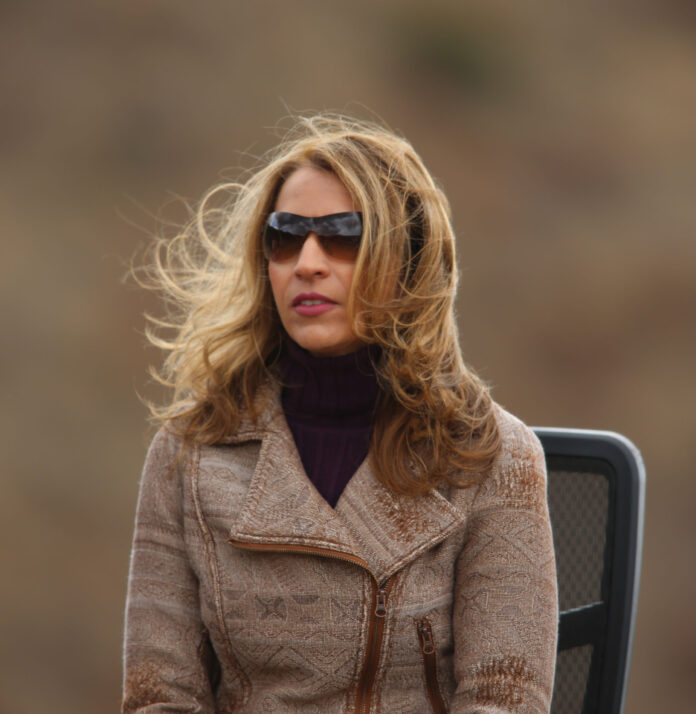 A new Discovery Channel show can be summed up as “The Apprentice,” but with engineers. The show, called “The Big Brain Theory,” places engineers in a series of challenges, which include disarming bombs on speeding trucks, creating a machine that can feed tourists and creating a robot that can compete in multiple athletic events. One of the judges is Dr. Christine Gulbranson, a UC Davis graduate. MUSE spoke with Gulbranson about her career and her work on “The Big Brain Theory.”

MUSE: Your website says that you have five degrees from UC Davis. How long were you here and how was the experience?
Gulbranson: I believe I went there for eight years. I absolutely adore Davis. It’s a phenomenal campus, small enough to feel like you’re at home but big enough to let you study many different subjects at the same. When I was there, I earned a bachelor’s, master’s, and Ph.D. in material science and engineering, a bachelor’s in physics, and an MBA. I earned my MBA in 1996 and my Ph.D. in 1997.

MUSE: What did you do after graduating from UC Davis?
Gulbranson: My first job out of school was as the director of research collaborations for [the] UC Office of the President. It was fantastic and was my first foray into investments, and I managed to fund a collaborative effort between the campuses and the three UC-managed national labs at the time, including Lawrence Livermore, Lawrence Berkeley and Los Alamos National Laboratories. Then I went to Lawrence Livermore National Laboratory in their industrial partnership and commercialization department and started an incubator, which facilitated sending out technology from the national laboratory. After this, I received an award from the MIT Technology Review as one of the top 100 innovators of the 21st century, which was a turning point for me, as I became a venture capitalist after that.

I left my first firm after that to gain some operational experience, forming some start-up companies in the nanotechnology field. I also went into the strategic advising field, advising Fortune 1000 companies and various international governments. Along the way I joined the Kauffman Foundation, a 2-billion-dollar fund that goes into creating more entrepreneurs, the backbone of our economy. I was the CEO and started the first renewable energy accelerator, the Nevada Institute for Renewable Energy Commercialization. I have my own strategic advisory firm, Christalis, which I have had for many years. Most recently, about a year ago, I started and launched another group, the Advanced Energy Economy, which is a national business federation that represents the advanced energy industry. And then I became a full-time judge for “The Big Brain Theory.”

MUSE: How did you become involved with “The Big Brain Theory”?
Gulbranson: It emphasizes how important your social network is. A friend of mine said they were looking for judges and that I should consider it. I sat with that for a day, wondering if I wanted to go into television because it was a new experience for me. I ended up reaching out to the casting director and it went on from there.

MUSE: Who have you worked with on the show?
Gulbranson: Kal Penn is the host, so he’s there full time. The other full time judge is Mark Fuller, who is the CEO of WET (Water Entertainment Technologies) Design. We also have a slew of guest judges including Buzz Aldrin, NASCAR driver Carl Edwards, Mars Rover flight director Bobak Ferdowsi, Intel Futurist Brian David Johnson, Mike Massimino, who was the first astronaut to tweet in space and Adam Steltzner, another UC Davis graduate. I am sure there are more I am forgetting, but Mark and I were there every week.

MUSE: How was it like to work on “The Big Brain Theory”?
Gulbranson: It was a blast. It was amazingly fun to see such talented competitors being given these amazing challenges and seeing how they perform. What excited me about this show was the promotion of STEM (Science, Technology, Engineering and Mathematics), and that this was an amazing venue and platform to promote STEM and get people of all ages excited for engineering, math and science.

MUSE: Do you have any advice for college students today?
Gulbranson: For those who are studying science and engineering: it is doable. It may look scary at first, but take a look at how individuals built up and got out there to create something. You can do whatever you set your mind to. That’s always been my philosophy.