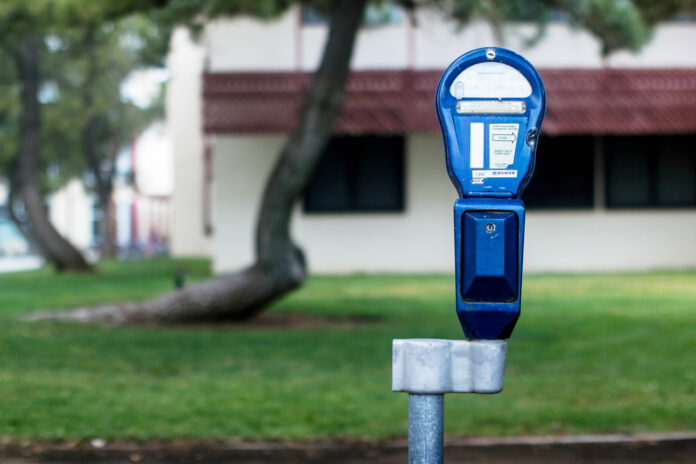 Parking in downtown Sacramento will soon undergo a change to move toward a more consumer-oriented, efficient and green model. This summer, they will see upgrades across the board to move away from older parking meter models by installing an estimated 6,000 solar-powered meters that consumers pay for using cell phone technology.

“It’ll reduce operating expenses and improve the customer experience. These are key for us to make it easier for people that come to our downtown and midtown area,” said Sacramento’s City Parking Services manager Howard Chan. “Parking is a small part of the city’s operations and the goal is to retain current business and attract new ones. The bigger picture focuses on the fact that parking is just a cog in the wheel because customer parking should be transparent, not a source of anxiety.”

Though currently one-third of the parking meters downtown are run with solar power, the other two-thirds are still using the old, environmentally unfriendly model.

“The single-space meters are all run by nine-volt batteries. There’s about 5,700 meters out there but, as you can imagine, those nine-volt batteries running need to be changed every six months. That happens everywhere you go with single-space meters,” Chan said. “In fact, Midtown Old Sacramento — a higher demand area — could be choked down to have to replace [the batteries] every four months. The customer has no way of paying if they aren’t replaced. The benefit of the solar-operated tolls is that they would be good for five years.”

Sacramento is looking at models in cities like San Francisco to promote space availability turnover through demand-based pricing.

“There are an infinite amount of models where you have higher demand to create vacancy,” Chan said. “Demand-based pricing will form part of [our model], but we’re focused on getting the technology upgraded first.”

Cities are attempting to move toward higher parking efficiency due to the increasing demand of being more environmentally friendly, technologically advanced and economically proficient.

Likewise, this issue is being addressed in Davis. In fall of last year, the city created the Downtown Parking Task Force (DPTF) consisting of 11 members.

“There was general agreement that our downtown system wasn’t working. One of the original motivations came from a proposal over 10 years ago to construct a parking structure, and as that moved further along in the process, we started to reconsider if we are maximizing the use of on-street parking to its full capacity,” said Davis Transportation Planner Brian Abbanat. “Generally, the [Davis City Council] felt we needed to establish a [DPTF] to more closely see if we can improve the management of public parking supply.”

The DPTF has met six times, most recently on May 1. At the last meeting, they looked at two different parking-case scenarios. The first was to tighten the time restriction core of downtown’s First, Third, D and G streets from two-hour restricted parking down to 90 minutes. The second case was to expand paid parking essentially in that same area. Currently, the E Street Plaza fee is $1 per hour.

“We would only price it to achieve a performance objective [of] 80 percent occupancy. There could be one fee during peak hours and a different fee at other times,” Abbanat said. “Speculating that fee isn’t advisable right now but I don’t think it would need to be at its current rate. Peer communities with a similar pricing scheme have rates at 25 to 75 cents an hour, which is enough to accomplish what they’re trying to achieve.”

The city has recently attempted to improve pedestrian safety through the addition of stop signs at the Second and C, Third and C as well as Fourth and D intersections, which were all previously two-way stops. Changes to the configuration of parking won’t have significant effect on pedestrian safety, according to Roxanne Namazi, senior civil engineer for the Davis Public Works Department.

“I don’t think adding parking would necessarily increase safety. We are waiting to see what the task force finds out. We don’t know if we need an additional parking structure — we are looking [to see] how we are doing with [the] existing supply,” Namazi said.

Students from UC Davis who drive to school utilize downtown parking while they are in class because it is so close to campus and provides a cheaper alternative to parking permits.

“I usually find downtown parking to be helpful because you can park for two hours for free. I’ve lived in East Sacramento this year so I’ve had to commute to school. It would be really hard for me to find parking during class if the two-hour limit was any shorter,” said sixth-year managerial economics student Elizabeth Johnson.

With these deliberations in progress, the public can expect to see changes in the near future.

“Eventually it comes down to a council decision,” Namazi said. “[The] council will have to decide if parking is the top priority and they will allocate funds accordingly.”