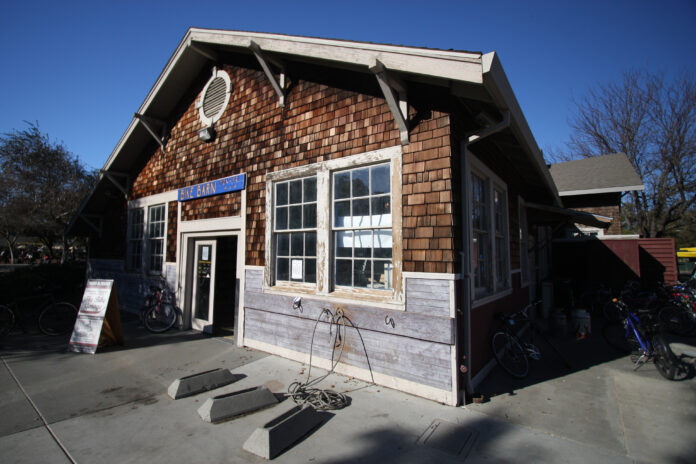 The ASUCD Unit Relocation and Space Allocation Committee (URSAC) will be making an unprecedented number of decisions in the coming weeks, as imminent renovations to the Memorial Union and Silo spur displacement.

The third floor of the MU, which is where many units are housed, will be completely rearranged. Sandstrom envisions having ASUCD Student Services and its receptionists closer to the elevators — currently they’re hidden in the back — and creating an open space called the Bullpen, with couches and the ability to house informal unit events. Sandstrom hopes student government officials utilize the space as well.

“I would love to see senators more in the bullpen than in their offices where the doors might be closed,” she said.

Sandstrom also hopes to hold ASUCD Senate meetings in different locations every quarter, as opposed to in the Mee Room, which will likely be converted into office space.

This is all part of the general MU renovation project, which is costing roughly $19.5 million. ASUCD is contributing $500,000 — though Senate still needs to vote on this — of which $250,000 would go toward renovating the Bike Barn space.

Renovations to the Silo will involve two phases, according to Michael Sheehan, the director of Facilities Services for Student Housing.

Phase 1 will include the redesign of the South Silo — where the UC Davis Store Silo, Whole Earth Festival and Experimental College are currently located — along with new landscaping and redesign to allow for four food trucks. Phase 1 construction is slated to begin in spring 2014.

Phase 2 will be focused on the west side of the Silo, including the food vendors and Gunrock Pub. This phase will focus on dealing with mechanical issues of the building and increased seating.

“The overall goal of the Silo project is to improve and expand the retail food operations in that neighborhood, thus providing better service to the campus community particularly, as the campus plans to grow during the next few years,” Sheehan said in an email interview.

Changes to the Silo also include a reorganization of the ASUCD units that currently occupy these spaces. The Bike Barn currently occupies about a third of the barn space, with Outdoor Adventures using the rest. According to Sheehan, there are plans for Outdoor Adventures, under Campus Recreation as opposed to ASUCD, to move to the Rec Pool Lodge. This would then provide the Bike Barn more space and make room for the Experimental College to move in.

The Bike Barn management is excited at the prospect of expanding.

“We are one of the busiest shops in the country … expanding our footprint is going to be a huge step,” said Basile Senesi, the Bike Barn’s business manager.

With more space, Senesi said the Bike Barn will be able to hire more students to meet the high demand — 10,000 to 12,000 repair items a year. Currently the unit has eight work stations, and with renovations, Senesi hopes they can have 10 to 14 and hasten turnaround times.

Having more square footage will also allow the Bike Barn to bring over the Bike Garage — the unit’s free, do-it-yourself shop currently buried in the North Parking Structure — and make it easier for students to buy parts to do their own repairs.

Senesi also said the Bike Barn is more than willing to share the barn space with other units — namely the Experimental College and Aggie Reuse — and give them both storefronts. Plans are still tentative, but Sandstorm agreed that the Experimental College could greatly benefit from the added foot traffic, as the unit has lost money year after year since at least 2008.

Hannah Moore, office manager of the Experimental College, also hopes the move, which is still tentative, will help increase exposure.

“We’re a little bit hidden, and if you’ve never been here it can be a little bit difficult to find the office,” Moore said. “Moving into either end of the Bike Barn space would afford us tremendous visibility and get more people interested in and knowing about the Experimental College.”

According to Moore, the Experimental College and ASUCD have been discussing ways to increase the unit’s visibility for quite sometime, and the Silo renovation offered them a solution to the problem.

But Sandstrom acknowledged that not all units will be happy with URSAC’s decisions.

“In this case, space is like money. Everyone wants at least the same space they have now, if not more,” she said.

Of particular concern is the Whole Earth Festival (WEF), which has been occupying the same office in the Silo for 25 years. It’s shared with the Experimental College, with WEF utilizing two staff offices, a library, a meeting room and storage space for 44 years worth of archives. Brett Lemke, co-director of WEF, said that he’s been largely left out of conversations about his unit’s relocation.

“We were all expecting a remodel and were going to go with the status quo, but that’s not what the university had in mind,” he said, referring to being abruptly offered an option between two much smaller spaces of roughly 300 square feet. “We just want to be treated like all the other units.”

Ideally, Lemke wants WEF moved to a space that’s currently being underutilized, that they can convert to be zero-energy and that is a similar size to what the unit is accustomed to.

“We just want to make sure we have the space we need. We’re ready to negotiate,” he said.

UC Davis to return to in-person instruction on Jan. 31