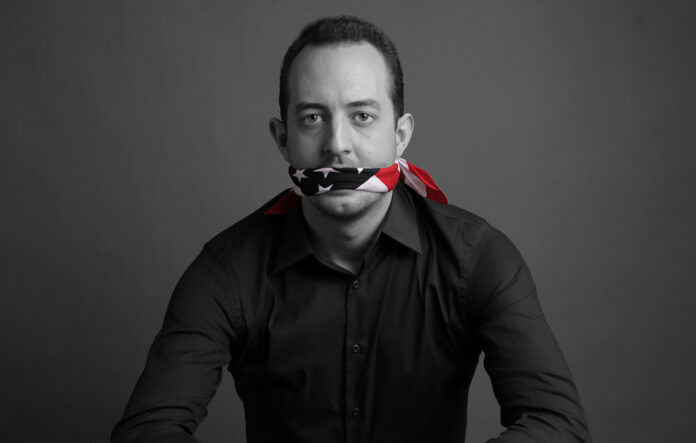 Imagine a Coachella crowd stretching hundreds of people deep, and high-waisted, shorts-clad bodies bobbing and undulating rapidly to electronic thuds and wubs bursting forth from the speakers. Chances are, Wolfgang Gartner’s on the stage.

Gartner, who really got his foot in the door in 2011, is an electronic artist most well-known for his tracks “Illmerica” and “Forever (feat. will. i. am).” Hailing from San Luis Obispo, the 31-year-old has traveled all across the world to perform in solo concerts and music festivals alike.

MUSE got the chance to talk with Gartner via an email interview in the days before his upcoming show about his musical mind state, contributions to the electronic genre, taste for the uniquely extravagant and more.

MUSE: When you first started making music, what drew you to electronic as opposed to any other genre?
Gartner: The feel of it. It’s not really explainable the way music makes you feel, house music just made me feel a certain way. There’s euphoria and elation and identifiable emotions that go along with that, but the real feeling is something that can’t be described and this music made me feel that way.

What’s your inspiration?
Other music, expensive shit, cars, my cat, iced out watches and rings and other planets I’ve visited in different mind states.

What’s the best crowd you’ve ever played for? (Or the best type of crowd, like college students, rave kids, giant music festivals, etc.)
Eclectic music festivals … Like Coachella, Sasquatch, rock festivals that happen to have a dance stage. People there get down harder than anywhere else.

Your Twitter says you’re an indoor waterfall collector … So I really want this to be true. If it is, can you tell us a bit about your indoor waterfalls?
Yup. I have two big ones right now and I’m holding off expanding in case I move, they’re made of stone and they literally weigh like a ton each. But I love waterfalls. And I don’t want to have to go outside to enjoy them. So I put a couple of them in my house. Eventually I’m going to do a river that goes through my house into a koi pond, but I have to be sure I’m gonna live here for a long time and I’m not sure at the moment.

Also from your Twitter: How’s the cat tattoo? Healing nicely? How’s your cat’s reaction been?
It’s peeling really bad right now, as usual on the fifth or sixth day. I’ll probably go back in and have some touch-ups done, it needs more white and I think the blue iris in his eyes needs to be marbled like his eyes really are. My cat didn’t really have a reaction; he’s a cat. He’s not really on a mental level where he would recognize that I have a portrait tattoo of him on my arm. If he was on that level I wouldn’t be doing this interview. I would be with National Geographic filming a documentary about my cat.

What sets you apart from other electronic artists?
I’ve been making dance music for 20 years, and I’m not ridiculously old. I’m 31; I just started when I was young. So, there’s a certain knowledge of trends and sounds and everything that’s happened over the last 20 years in dance music that a majority of kids out right now don’t have, and they won’t ever have. It gives you perspective on everything. People think Daft Punk created disco house, people think a few of these guys started “dutch house,” people give way too much credit to certain artists for being responsible for starting a unique sound; they haven’t been listening to dance music for 20 years and realized everybody is just copying something that’s already been done, including me. And I take advantage of it— I’ll totally mimic some weird genre that had an 18-month life span in the mid-90s and nobody knows because they were like 5 years old. I literally do it in every song. Nobody ever figures it out.

Do you have any projects you’re working on right now? What are your plans for the future?
Yes. Many. My future plans are always FBGM. That’s what I’m doing and that’s what Imma keep doing.

For more information on Wolfgang Gartner, go to wolfganggartner.com. Tickets for the show at Freeborn Hall cost $30 for students, and can be purchased at the Aggie Stadium box office or online at the UC Davis Ticket Office. The show starts at 7:30 p.m.