Davis baseball to end season against the Gauchos 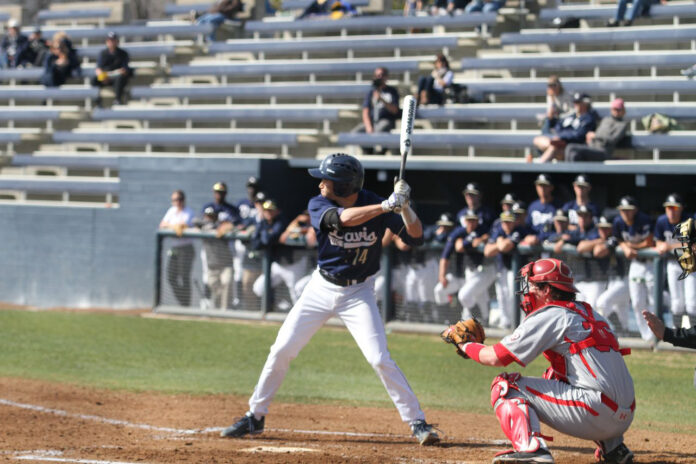 One significant contributor to the Aggies has been sophomore Tino Lipson. Lipson moved from shortstop to outfield at the beginning of the season, and his versatile offensive and defensive skill set have been a significant contribution to the team. In fact, Lipson has seen much playing time at many different positions, including shortstop, left field, designated hitter and second base.

Over Lipson’s last 14 games, he has improved his batting average to .340 — second best on the team — and is hitting a team-best .407 in conference play. It has been all about getting on bases and wreaking havoc on the basepaths for Lipson, as 43 of his 48 at-bats have been singles, and he has recorded 10 hits in his last 16 at-bats. He also has a team-high nine stolen bases.

Did you know: UC Davis leads the Big West with a .289 team batting average. The Aggies have been getting their hits featuring four players batting .300 or better, which include junior Nick Lynch, sophomore Tino Lipson, senior Austin Logan and junior Steven Patterson.

The Aggies also have three players hitting at over .280. Freshman pitcher Spencer Henderson has also been getting it done as a utility player, hitting .400 in his last 30 at-bats including a double, a triple, two RBI and seven runs scored.

Preview: The Aggies are finally back home after completing their final road matchups against Hawai’i, and now hope to finish out the season with a series win against the Gauchos. UC Davis has been able to hold its own in the Big West offensively, posting a conference leading .289 batting average and totalling 512 hits over the last 50 games.

With the Aggies heading back to Dobbins Stadium, they can look back at their seven-game road span with some positivity. Although winning only three of their seven games, the Aggies have shown flashes of brilliance.

UC Davis wins have included a series victory at Pacific and an offensive slugfest at St. Mary’s, showing that the Aggies are still fighting until the end. A highlight of their last seven games was a 2-0 shutout of Pacific, which saw junior pitcher Harry Stanwyck pitching the Aggies’ first shutout of his career.

While coach Vaughn saw this shutout as no surprise, it may remain quite a surprise for the rest of the conference, as Aggie pitching has a 5.25 team ERA. However, UC Davis has remained confident in its five freshmen arms throughout the season. During the seven-game road span, freshman Dan Gallagher was able to pick up his first career victory over St. Mary’s in a 16-12 shootout.

As the Gauchos head to Davis, a series win will not come easy for the Aggies. UCSB has several players the Aggies will need to watch out for, including freshman pitcher Robby Nesovic. Although maintaining an ERA of 5.48, Nesovic has been a source of offense for the Gauchos. Posting a team-leading batting average of .344 and boasting a .341 conference batting average, Nesovic has the potential to be a serious issue for the Aggies’ pitching staff.

The Aggies’ offensive prowess will also be challenged against a very effective Gaucho pitching rotation which includes freshman Dylan Hecht, who, in 26 games pitched, has an ERA of just under 2.00, and sophomore Austin Pettibone, who currently has a 3.00 ERA and leads the pitching rotation with 51 strikeouts.

With the Aggies concluding the season, this will be an emotional set of final games for seniors Seth Batty, Ben Burke, Patrick Hennessey, Paul Politi, Mike Mazzara, C.J. Blom and Austin Logan.

As UC Davis baseball heads into these final three games of the 2012-13 season, the Aggies hope for a successful send-off for the seniors but also hope the game will be a stepping stone for next year.