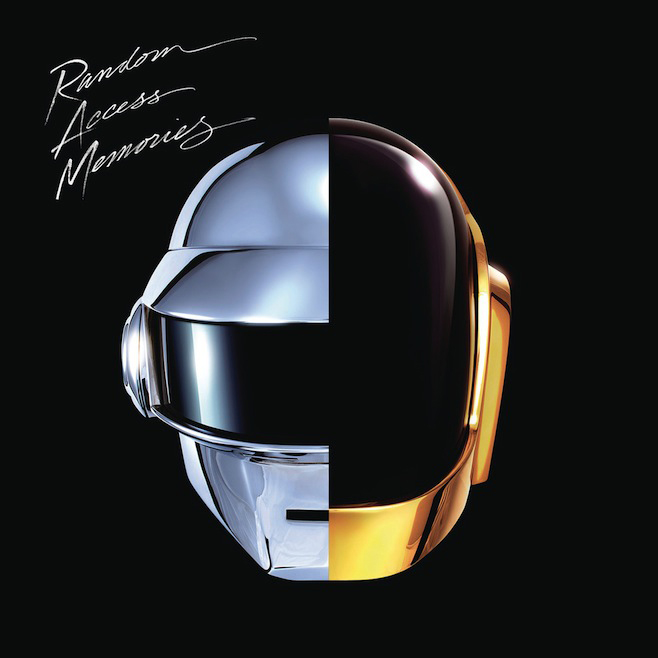 RATING: 4.5/5
FOR FANS OF: Chic, Kool & The Gang, Saturday Night Fever
CHECK THESE TRACKS: “Fragments of Time,” “Get Lucky,” “Contact”

Hype can be a painful thing.

Daft Punk’s new album, Random Access Memories, was hyped up as though it were the “Second Coming of Music.” The advertising campaign included a massive unveiling of the album cover, billboards, TV commercials with 15 second clips of one song and a series of interviews with people who worked on the album. In addition, this was the first actual studio album done by the reclusive robots in eight years.

All of this hype combined to create an imaginary album in my mind that nothing could match. The album doesn’t suck, but its inability to live up to the hype colored my opinion of the album.

RAM abandons the electronic sound of the band’s previous three albums in favor of a disco sound. This results in an album that sounds more like something Daft Punk made for themselves than for an audience.

The sound quality of the album deserves special mention. RAM is one of the best sounding albums I’ve ever heard, even through low quality .mp3 files. The bass guitar on “The Game of Love” and “Lose Yourself to Dance” as well as the guitar on “Fragments of Time” wowed me with their nuance.

It’s not entirely perfect, however. Some of the songs (with “Lose Yourself to Dance” in particular) go on for too long. In addition, the track sequencing could’ve been improved, as “The Game of Love” is too slow to be the second track. The biggest problem is that it was overhyped.

Overall, the album is great. Daft Punk supposedly began working on this alongside the TRON: Legacy soundtrack, and the amount of time and dedication they spent on it really paid off.

However, it is difficult to recommend to people unless they have an open mind about music. My family recently told me that disco sucks, so they would probably hate RAM. If you’re okay with that sound, go for it.