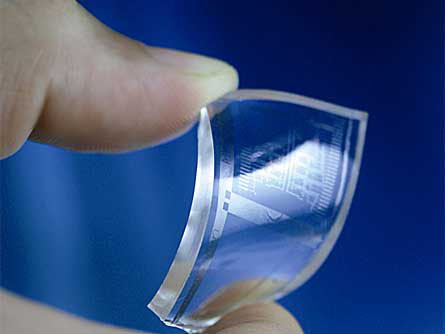 Editor’s note: This article is part two in a series on graphene. Part 1 was published April 18, 2013.

When we last spoke about emergent technologies and their human side effects, we explored how nuances in advancement could affect the individual. Applied electric fields could theoretically manipulate systems of the very small: cells. However, increased understanding of things on the molecular level can have potential side effects for humanity on a much grander scale.

Historically, there have been many human costs to emergent technologies. The widespread use of hydrocarbon combustion during the Industrial Revolution greatly increased the demand for coal. As a result, many found work in mines, and countless individuals suffered varying forms of cancer and lung damage from the inhaled substances. The synthesis of sulfurous dichlorides has led to the immeasurable poem-inspiring agony of soldiers during World War I. On the other side of the coin, we owe almost the entirety of modern medicine to the advances made during the Industrial Revolution and throughout mankind’s wars.

While some technologies like those described above have dramatic and sinister origins, some advances enter the world under more auspicious circumstances and change the planet for the better at conceivably little cost.

Graphene is one such technology. From humble origins as a single layer of carbon molecules examined from a piece of cellophane tape peeled from graphite, the applications of this super-material have positive implications in many aspects of the human existence.

The world is faced with a number of impending crises. The population is growing exponentially and sources of potable water and available energy are dwindling. Furthermore, the contamination of the surrounding environment creates a need for science to be taken out of the lab and into the field. However, the tools taken to the field must be designed to leave a minimal impact on the environment and be durable enough to survive harsh conditions.

Graphene represents a potential solution to many of these problems.

The ultra-thin nature of graphene naturally lends itself to tasks like water filtration. With graphene’s strength, sheets of it could theoretically produce more clean water from the same amount of energy as a conventional, thicker, fibrous filtration system.

Graphene’s applications extend farther into the everyday than water treatment. The material’s properties have many game-changing implications for the consumer industry as well. The fact that graphene is both lightweight and flexible provides new avenues in terms of both power storage and circuitry for another generation. Prototypes of flexible screens and computer chips have been developed by Samsung and IBM. These devices could revolutionize mobile technologies by decreasing weight and increasing durability. Tablets and smartphones could be revolutionized by future iterations of these technologies.

If we’re talking about improving mobile technology, let’s talk about power. Any electronic device is essentially a completed circuit. In order for a circuit to function, there needs to be a difference in electrical potential at each end of the circuit. This has been traditionally accomplished with batteries and alternating current fixtures like wall sockets. Another mechanism capable of powering a circuit is a capacitor, two conductive surfaces separated by an insulator that can be used to maintain a charge gradient. While capacitors can be charged relatively quickly, they typically discharge too quickly to serve as the primary power source for consumer electronics.

Researchers at UCLA have utilized graphene to provide new innovations in powering devices. A graphene supercapacitor, otherwise known as a “supercap” by UCLA chemist Ric Kaner, functions very much like a capacitor in the sense that it can maintain an electrical gradient and charge very quickly. However, due to the behavior of electrons in the material, the charge dissipates more slowly than in traditional capacitors. The result is a capacitor that has a much greater potential to power consumer devices.

The technology is still in the developmental stages. As of now, the supercaps may be best used in conjunction with existing metal batteries. The quick-charging supercap could be used to slowly recharge the slower battery and keep a device like a phone or a car powered on with less time wasted on charging.

“As forms of carbon improve, we’re hoping to encroach on the territory of traditional batteries,” Kaner said when describing how the technology isn’t quite ready to replace batteries altogether.

Conventional batteries are utilized because there had been no prior alternative to compactly storing electric charge with a slow rate of discharge other than through the use of metals such as lithium. Since graphene technology is carbon-centric, the possibilities for metabolism of graphene products in nature are much more readily available.

Despite the numerous advantages of systems dependent on graphene, the progress of the technology has been limited due to issues stemming from production limitations.

The original approach to producing graphene was to treat graphite with acid and then purify the product. The process worked, but left a bit to be desired. The purification wasn’t cheap and kept graphene development costs prohibitively high.

Fortunately, several new strategies have emerged for efficiently producing graphene. Terry Brookshire and his colleagues at Graphene Technologies are working to improve the efficiency of the process by forgoing graphite entirely.

“Our process utilizes the combustion of carbon dioxide and metals like magnesium. The result is an almost exothermic reaction that leave[s] us with magnesium oxide and graphene sheets. Furthermore, different metals and techniques could be used to produce different forms of graphene with varied commercial applications,” Brookshire said.

The Kaner Lab at UCLA is researching the effects of exposing liquid graphite oxide to light photons. The result is a thin sheet of graphene ready for use in industry.

Ultimately, creative applications of graphene have the potential to dramatically change the way people interact with the world around them by making products more efficient, mobile and flexible. Despite all the research going into the medium, there are still many undiscovered possibilities.

In the words of Konstantin Novoselov, applied physicist from the University of Manchester, “We still haven’t explored our imagination completely yet because it really has a combination of unique properties.”

ALAN LIN can be reached at science@theaggie.org.