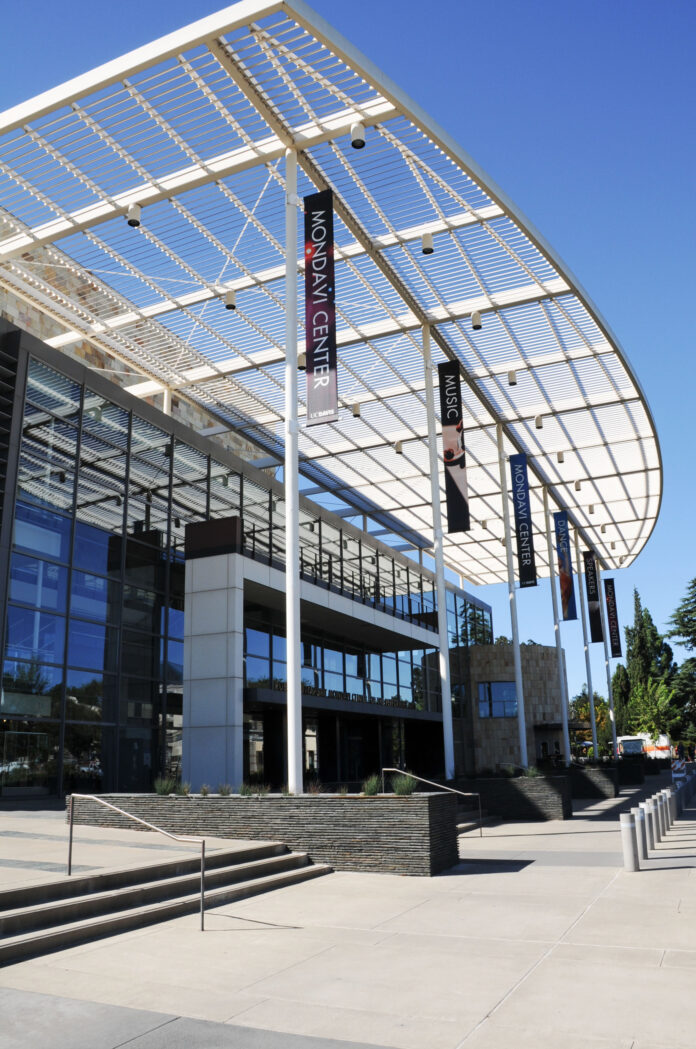 The Robert and Margrit Mondavi Center for the Performing Arts is a state-of-the-art performance facility located at One Shields Avenue in Davis. Well known for its highly acclaimed music, dance, theater and spoken word performances, the Mondavi Center is one of Davis’ best venues for arts events while also offering special resources to UC Davis students.

This summer, the Mondavi Center hosted psychedelic rock band MGMT and pop sensation Carly Rae Jepsen. Concert-goers can look forward to indie rock artist Andrew Bird’s forthcoming show in November, in addition to any other shows announced throughout the year.

From classical to modern, their music performers are thoughtfully chosen, aiming to appeal to an assortment of different tastes. With its eclectic selection of performers in all fields, Don Roth, executive director of the Mondavi Center, described the variety of performances as “undefinable” in an email interview.

“In the Vanderhoef Studio Theater (VST), our small theater, we are both intimate and edgy — a jazz singer from Norway singing christmas carols? Actors from Scotland serving whiskey and dancing on the tables? … All in a venue where no matter where you sit, the performers are there in your space!” Roth said. “We keep re-defining ourselves with the guarantee that whatever you see will leave you changed when you exit!”

The center hosts events ranging from scholarly presentations to artistic performances that all coincide with UC Davis’ mission.

“First of all, we align with the university’s vision of excellence — it is our goal that everything we bring be among the very best, whether it is the New York Philharmonic or Emmylou Harris!” Roth said. “We also promote the university’s goal to be recognized worldwide for its excellence … [and] … to be international in scope with a program that brings great artists from Europe, Asia, Latin America and Africa.”

In addition to the shows, the Mondavi Center also provides various educational programs and resources for students. All throughout the year, they have artists in residence who provide master classes and clinics for students, including those in the UC Davis Symphony Orchestra, such as fourth-year religious studies major Frankie Ortega.

“I have been in the UC Davis Symphony all four years of my enrollment here at Davis and I must say it is both an honor and an amazing experience being able to perform at the Mondavi Center,” Ortega said in an email interview. “It is a really nice payoff after the hard work that goes into learning the pieces performed.”

The Mondavi Center also offers its Aggie Arts internship program. The internship provides a unique way to explore the world of arts administration and management. The four students accepted into the program are granted the opportunity of learning every aspect of running a performance venue, followed by a free show that they get to put on all on their own for other students.

“We also have a number of students who work in our ticket office as ushers or with our production team. It is a great way to get first-hand experience in how a performing arts center works, as well as a chance to get exposed to a wide variety of artists,” Roth said.

“I’ve worked here for about a year, and I have got to say that this job has really introduced me to a lot of connections within the business. I definitely have a great appreciation for the communication I have every day with people in the performing arts world,” Saelee said.

The Mondavi Center offers several other academic resources to UC Davis students, including a free ticket for every first-year student for their first show. Additionally, if any performance relates to a student’s academic course, the class can sign up for Curriculum Connections, which allows students to attend the show for $5. In order to provide students with a study environment during finals, the Mondavi Center also has classical music study sessions.

Visit mondaviarts.org to view the 2013-2014 schedule. Tickets are available online or at the ticket office.