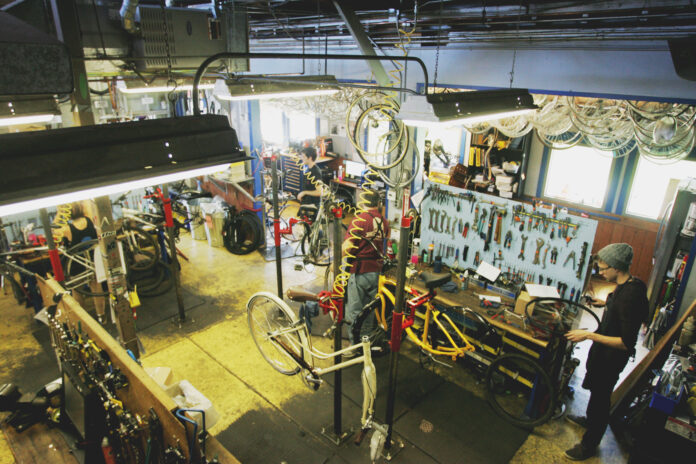 The Bike Barn recently incurred losses that contributed to the $128,000 deficit uncovered by the ASUCD Senate earlier this year.

ASUCD’s net operating losses were $118,407 last year. The Bike Barn lost $141,173. These losses can be attributed to accounting discrepancies and investment decisions.

“The deficit is definitely not just the Bike Barn’s fault. We have 26 units. A lot of them succeeded last year and some failed,” said ASUCD Vice President Bradley Bottoms. “The Bike Barn did well as a business but at the same time there was a loss.”

The losses were due in large part to differences in accounting between the Bike Barn and ASUCD, and a lack of communication about finances.

“The process was not followed correctly,” Bottoms said.

The Bike Barn business manager has meetings with ASUCD every spring. All units under ASUCD take part in the annual budget hearings in which finances are discussed and unit budgets are determined.

“The previous controller and the previous business manager should have caught this,” said ASUCD Controller Eric Evans.

Bike Barn managers are currently meeting with ASUCD weekly to straighten out the numbers and determine a solution.

“We just found out about this four weeks ago. It’s something we’re investigating,” said Bike Barn manager Robert Cyr. “As we find errors, we are discussing them and fixing them.”

Part of the deficit can be attributed to the large number of rental bikes the Bike Barn purchased. $70,000 was spent on bikes, but sales generated from rental bikes have been going down.

“I have a bike, so I wouldn’t rent one. Most of my friends have their own bikes too,” said Nick Szeto, a second-year biotechnology major.

According to Cyr, rental bike sales have been going down steadily for the past couple of years. Business has also gone down this year due to outside competition.

The Bike Barn is working with ASUCD on a plan to balance the finances back out in coming years.

“We are going to keep spending under control. We’re not hiring for a while — we have enough people. We’re only going to buy what we truly need,” Cyr said. “It’s a process, but I’m confident.”

In terms of what the overall deficit means for Davis, the budget will be tighter for everyone this year.

“This means that this year capital planning and purchasing is on hold. It’s going to be a tight year. We’re asking our units to stay very close to their budgets,” Evans said.

According to Bottoms, this deficit has given ASUCD the opportunity to innovate and improve. They are working on getting all unit directors on the same page in terms of accounting so discrepancies like this will not occur in the future.

“In one sense it’s horrible, but in another, it’s a wake-up call. We know where we need to change,” Evans said.