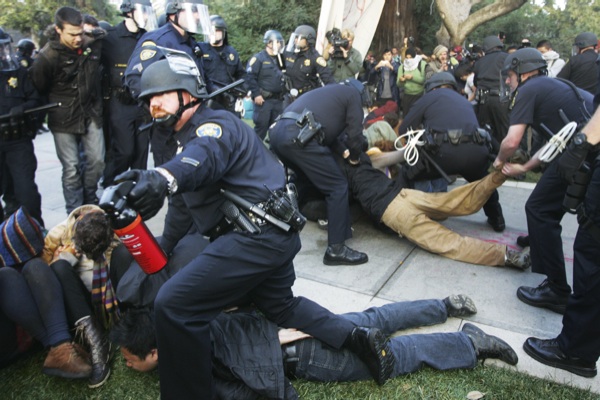 On Oct. 16, former UC Davis Police Lieutenant John Pike was granted a workers’ compensation settlement of  $38,059 from UC Davis. Pike was placed on an eight month paid administrative leave after pepper spraying a group of protesters at an Occupy UC Davis encampment on Nov. 18, 2011.

According to The Davis Enterprise, Pike left his position in July 2012 and has since suffered from “continuing and significant internal and external stress with respect to resolving and solving the significant emotional upheavals that have occurred.” This stress is stated to stem from numerous death threats since the Nov. 18 incident.

Pike will receive $8,059 more than the 21 students who sued the school in 2012 for being wrongfully assaulted with pepper spray. Pike will also receive $31,393 more than 15 other students who filed similar claims.