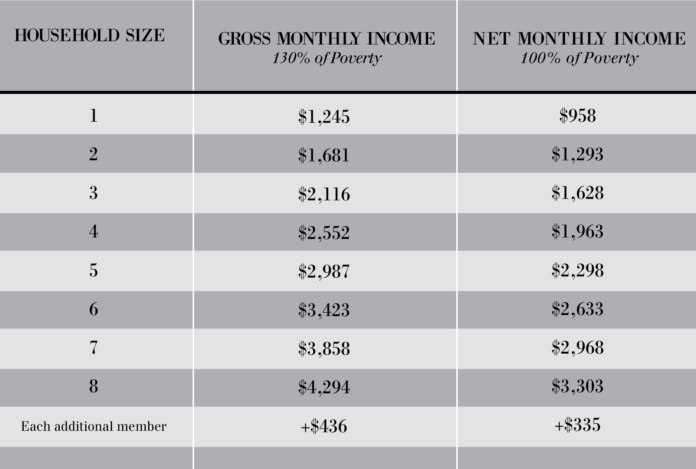 On Nov. 1, more than 47 million Americans who take part in the federal food stamp program saw their monthly benefits shrink as a temporary boost from the 2009 stimulus package expired.

According to the Center for Budget and Policy Priorities, a non-partisan think tank, a family of four collecting the maximum monthly benefit of $668 saw a reduction of $36. These cuts will average out to less than $1.40 per individual meal in 2014.

The reductions were planned as a phaseout of part of the 2009 American Recovery and Reinvestment Act, a piece of which raised the benefits for food stamp recipients by 13.6 percent.

As of September 2013, Yolo County had 16,845 residents participating in CalFresh, about eight percent of the county’s total population. However, according to Nancy O’Hara, the assistant director of Employment & Social Services for Yolo County, this number continues to grow, with about 450 people joining the program in October.

O’Hara attributes this increase in enrollment in part to a greater outreach effort on the part of the county to enroll more Californians in the program. In California, only about 55 percent of those eligible for SNAP apply to receive benefits, giving it one of the lowest SNAP participation rates in the country.

SNAP eligibility depends on factors such as family size and income, with those making under 130 percent of the federal poverty level able to apply for benefits. Under this scheme, a family of four that earns less than $30,625 a year is eligible to receive benefits, which average $153 a month per individual.

The fastest growing segment of these new recipients are those who earn some form of income, yet still can’t make enough to cover food expenses for themselves or their families.

The cuts are particularly pertinent to State Rep. Mariko Yamada, who takes part in the annual “Hunger Challenge” — living on food stamps for a week in order to draw attention to the difficulty many SNAP recipients face in ensuring food security.

“There are still a lot of myths out there about who is actually on SNAP,” Yamada said. “It could be students, seniors or anyone who has low income — hunger knows no bounds.”

The state attempted to prepare SNAP recipients for the reduction, posting information about what future benefits would look like as well as tips on how to cope with a tighter budget in the lead up to the cuts.

According to Michael Weston, the spokesperson for the California Department of Social Services, those affected by the cuts may have to look elsewhere for their food supply.

“For individuals who are having trouble meeting their daily nutrition needs, there are options for them,” Weston said, referring to the numerous food banks and pantries across the state.

However, private nutritional assistance programs are experiencing increased demand as well, especially around the holiday season when food banks are tasked with supplying an ever growing contingent of hungry people.

Such is the case with the Yolo Food Bank, which according to the bank’s Agency Relations coordinator, Stephanie Sanchez, has seen its average monthly user base grow from 25,000 in 2012 to around 28,000 in 2013.

UC Davis’ The Pantry, which relies on food purchases from the Yolo Food Bank as well as private food donations, is also attempting to broaden its outreach in order to serve the student population more effectively, according to Tara Storm, The Pantry’s director of Internal Operations.

“We’re definitely trying to get our name out there,” Storm said, referencing the Pantry’s increased use of social media and flyering efforts in order to attract both donors and recipients.

Despite the efforts of private groups to make up for shrinking government assistance, these reductions may prove to be only the beginning of a longer trend of planned cuts to the food stamp program. As Congress continues negotiations regarding a new farm bill — a large chunk of which funds SNAP — further food stamp funding is on the chopping block.

The final fate of this funding is still unclear as Congress attempts to reconcile the differing House and Senate versions of the bill. The main sticking point of their negotiations is a large gap between the House bill’s $40 billion in cuts and the Senate’s milder $4 billion in cuts.

“It was certainly our hope that Congress would be able to agree on sustaining such a large government poverty program,” Yamada said. “This is a major step backwards for our country. It’s really a disgrace.”