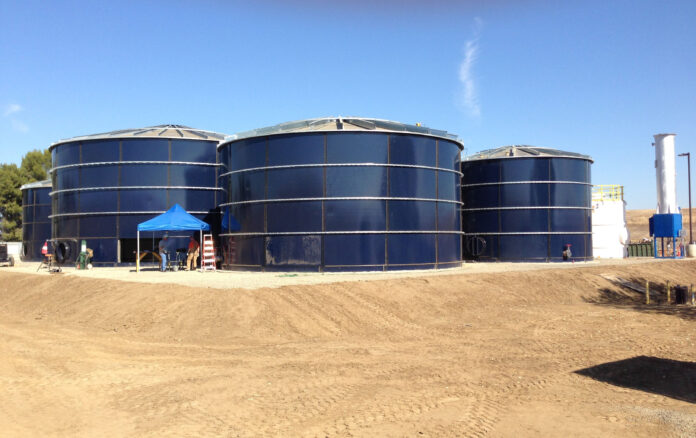 In January 2014, leftover pasta and other unfinished food from the dining commons will be put to use as the newly established UC Davis Renewable Energy Anaerobic Digester (UC Davis READ) converts organic waste into campus electricity.

For nearly a decade, Professor Ruihong Zhang of the UC Davis Department of Biological and Agricultural Engineering has been researching the high solids anaerobic digestion technology necessary to create a biodigester.

“The successful development of the biodigester facility is a dream coming true for many people, including me and my graduate students and my colleagues around campus,” Zhang said.

The facility is currently in its final stages of construction, and extensive planning and collaboration have been imperative to the project’s success.

In order to move the anaerobic digestion technology from her laboratory to the commercial scale, Zhang has worked with university facilities, campus departments and Mike Fan, the Waste Program manager, for about eight years.

Zhang said that under the leadership of Fan and David Philips, the utilities director, the Facilities Department allocated research space at their wastewater treatment facility to construct a pilot digester system.

The department also provided free utilities and staff to support Zhang and her industry partners to test out the pilot system equipment, processes and different feedstocks prior to the development of a full scale biodigester system.

Sid England, associate vice chancellor of the Environmental Stewardship and Sustainability Office, is among the many faculty members who worked with Zhang on this project.

“The biodigester was explored as an option for renewable energy at West Village, and then evolved into a campuswide project,” England said.

Due to the considerable cost of implementing the biodigester facility, both Zhang and England explained that adequate funding for the project was one of the primary obstacles they faced.

Additionally, UC Davis alumnus and CEO of CleanWorld Michele Wong believes that an entirely other set of challenges made the project all the more difficult.

“Anytime you are dealing with a public entity, there are extra hurdles to jump,” Wong said.

However, by partnering with CleanWorld, “the North American leader in anaerobic digestion” according to Biomass Magazine, the prospect of building the facility began to look much brighter for Zhang and those involved in the project.

Once CleanWorld acquired the license to commercialize Zhang’s technology and agreed to operate the facility, the construction process was kicked into place. Fortunately, significant progress was made within a short timeframe.

“We were quite pleasantly surprised with how quickly we have been able to get the project done,” Wong said.

Additionally, Wong finds that the biodigester facility will be extremely beneficial for the whole campus community in terms of reducing waste and energy efficiency.

“The biggest benefit is that a lot of the waste that would be sent to the landfill will be used for renewable energy,” Wong said. “It will also be reducing greenhouse gases.”

Located at the former UC Davis landfill plot, it is estimated that 50 tons of mixed waste will be used for the facility daily and approximately 20,000 tons of waste will be diverted from local landfills each year.

According to Wong, half of this waste will be coming from campus sources such as the dining commons, animal facilities, olive oil production and winery. The rest will come from local commercial food companies and restaurants.

During the digestion process, a mix of microbes are used to quickly break down the organic waste, which is converted into biogas that mainly consists of methane and carbon dioxide.

Once the electricity is produced from the biogas, it will be directly fed into the UC Davis microgrid where it will provide power for the campus.

In a recent CleanWorld press release, the company stated that the biogas will “generate one megawatt of renewable electricity to power campus buildings — enough to power nearly 1,000 homes for a year.”

According to CleanWorld the facility will also reduce greenhouse gas emissions by 13,500 tons annually, and will be able to produce over four million gallons of fertilizer and soil amendments, which is enough to provide low cost, natural fertilizers for 145 acres of California’s farmlands daily.

The biodigester also signifies the strive toward renewable energy for all of the researchers, graduate students, faculty members and organizations involved with the project.

“[It] allows the University to demonstrate the leadership in environmental stewardship and converting waste into clean bioenergy and reducing the carbon footprint of the University’s community and facilities,” Zhang said.

Furthermore, Wong believes that the biodigester illustrates the cogent progress that UC Davis continues to achieve.

“UC Davis is leading the world in research and in alternative, renewable energy technology,” Wong said. “I expect that a lot of people around the world will want to come see the facility.”