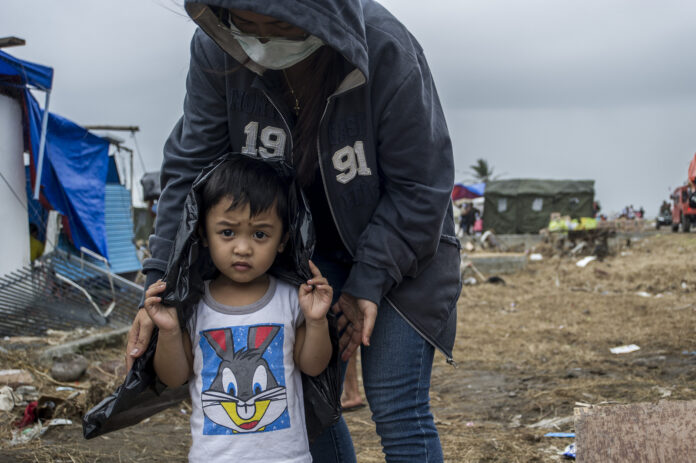 Since the onslaught of Typhoon Haiyan in the Philippines in November 2013, several organizations, businesses and prominent groups in Davis are holding fundraisers to aid those directly affected by the storm.

Some members of the Davis-Yolo County Filipinos and Fil-Am at UC Davis are originally from the affected areas and still have families living there. Ruth Asmundson, the former mayor of the City of Davis from 2002 to 2010, is leading the fundraising efforts.

During Asmundson’s eight-year term as mayor for the City of Davis, she had the opportunity to build many social connections for fundraising efforts.

“Since I have done many fundraising events for good and humanitarian causes … I could call on them for help,” Asmundson said in an email. “In my experience Davis and Yolo County friends are very kind and generous for good causes.”

The organization held a fundraising luncheon at St. James Memorial Center on Nov. 23. They sold about 350 tickets for $35 each, raising about $12,250. They served an authentic Filipino lunch to those who attended.

Despite raising this large amount of money, Asmundson and the group do not wish to stop here. The overall long-term goal of the groupa, The Filipinos of Davis and Yolo County and the Friends of Los Baños Committee, is to raise $100,000.

This benefit luncheon aimed to provide basic needs like food, water and medicine for the typhoon victims in the affected outlying islands and communities. These areas have not received as much help by big humanitarian organizations, Asmundson said.

“We’re targeting these communities because we have Davis-Yolo County Filipino residents who originally came from those areas or still have families and friends there,” Asmundson said. “The long-term fundraising goal of the group is to help these targeted communities rebuild their schools, libraries and help reestablish their means of livelihood, for example help fishermen get another small fishing [boat].”

The next fundraising event will be on Dec. 7 at the International House. All of the proceeds go to the Rotary Club of Makati. The funds will be channeled to the district to which Los Banos belongs. Los Baños is a sister city to the City of Davis.

The district will then directly coordinate with targeted Rotary Club Districts in the typhoon-affected areas and will specify how the funds will be used.

After the 2006 tsunami, Tom Lovering, then the owner of Cantina del Cabo (restaurant on G Street, now closed), and Asmundson put together a quick fundraising event. From those efforts they concluded that it would cost $2,000 per house to rebuild.

Lovering believes that anyone can make a difference and help those in need in the Philippines.

“Whether you are a political leader or business leader, it doesn’t matter; what matters is how much effort you put in raising money to help those hurt by this disaster,” Lovering said in an email.

Michael Farias, CEO of Plumbing M.D. Inc., is also fundraising for Typhoon Haiyan relief within his own company. He said that if his employees are willing to donate one hour of pay, the business will match it.

“We want to do something for others, and this recent catastrophe in the Philippines seems to be on all of our minds,” Farias said. “ One of the most pressing needs is for clean water. That is something employees of a plumbing company can relate to.”

The Rise Up, a UC Davis Typhoon Relief Fund, held an open donation during the month of November. It was started by Kirby Araullo, a board member for Philipino Americans in Science and Engineering (PASE).

They had several donation jars. These were located at the Student Recruitment and Retention Center (SRRC) in the Student Community Center. Some UC Davis students also took to classrooms and presented the jars to fellow students and faculty, while educating them about the devastation left by Typhoon Haiyan and how they could join the relief efforts.

“The reason why the Fil-Am community chose this organization to work with is because they work directly with the people affected,” said Elena Nicdao, the academic chair of MGA Kapatid (a cultural, academic, political and social Filipino group at UC Davis). “This ensures that what we donate will go directly to the people who need it, because there are some organizations who keep a percentage of what is given to them for themselves.”

Rigo Aczson, a PASE member, said it was easy to donate and help support this cause.

“We set up a materials donation at the SRRC. People could drop by and donate non-monetary items that could immediately help survivors in the Philippines,” Aczson said in an email. “Materials encouraged include non-perishable food that does not require water, electricity or can openers, basic medicine, clothing, bottled water. ”

All the proceeds will go to National Alliance for Filipino Concerns which is a grassroots organization.