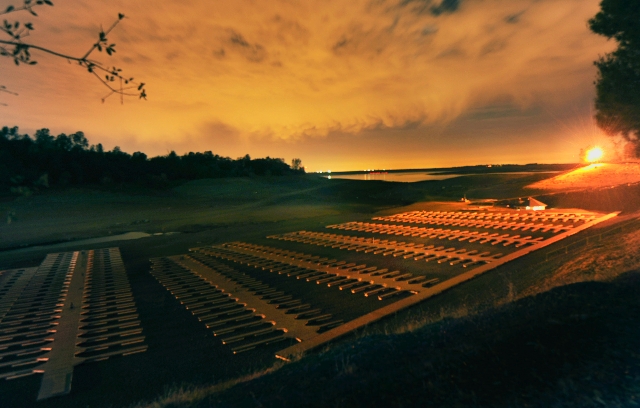 2013 has been declared the third consecutive dry year for California. Though Gov. Jerry Brown has not officially declared a drought, governmental entities such as the California State Board of Food and Agriculture, the Department of Water Resources (DWR) and the State Water Resources Control Board (SWRCB), among others, are collaborating to come to consensus on solutions.

The California Department of Water Resources is planning to draft emergency legislation to present to Gov. Brown within the next few weeks.

While there is still a possibility we can get enough rain in the next three months, many cities in the greater Sacramento area have already taken initiative in water conservation efforts. Folsom was the first to mandate a 20 percent water conservation effort from its citizens on Dec. 23, 2013. Sacramento County followed a few days later asking voluntary reductions in water use by 20 percent.

Davis has already instilled a water conservation goal of 20 percent for 2020. The Water Advisory Committee has made efforts to give advice on how to conserve.

“Our citizens are already being asked to conserve. The City Council also will be discussing our ongoing Water Conservation Plan at an upcoming Council meeting. Initial concepts were introduced on Dec. 17,” said Dianna Jensen of the City of Davis Water Advisory Committee.

Mayor Joe Krovoza ensures that the City of Davis is less at risk due to reliance on groundwater.

“The City of Davis is still 100 percent dependent on groundwater, so the drought doesn’t affect our supply at this time,” Krovoza said.

Jensen discusses how the dry year might affect the surface water project, Measure I, that was passed last spring.

“There are considerations of dry years taken into account with the new surface water project. The surface water treatment plant will be online in 2016, but we will maintain our deep water aquifer wells and will have the ability to supplement the surface water,” Jensen said.

However, many towns throughout CA relying on deep water aquifer wells will have a great challenge, accessing sufficient clean drinking water. This is one of the major problems that the DWR has identified and will be addressing in the coming months.

The U.S. Geological Survey expressed in a released statement that various deep aquifers in the San Joaquin Valley are “increasing the rate of land subsidence.” They explain that this could lead to damage to the water transfer from Northern to Southern California — vital to the cities and crops throughout the Central Valley.

The DWR’s Information Officer, Doug Carlson, expands on this issue.

“[Cities using] deep aquifer wells will do what they’ve done in past. The allotments are reduced and they’ll use their groundwater. However, the use of groundwater [is] partially the cause of subsided aquifer wells,” Carlson said. “Land is subsiding up to a foot or two a year — a somewhat alarming statistic. Continued reliance on groundwater is problematic because those wells are dropping and it’s just not a sustainable way to supply your water.”

According to a released statement, Director of the DWR, Mark Cowin has initiated a Drought Management Team to “prepare for and reduce potential impacts” of the dry year.

“Voluntary water transfers will be key to DWR’s drought response, as they hold the potential to alleviate critical shortages,” Cowin said. “We are making arrangements to bring additional resources with expertise in water transfers to advise the Drought Management Team to assure that the 2014 water transfers approval process is administered efficiently.”

Cowin added in a news release that the DWR is working with the U.S. Bureau of Reclamation and the SWRCB to ensure that water will be transferred to cities which have less access to water.

Carlson explains how the collaborating agencies are working on the issues to come up with efficient solutions that address the issue as best as possible.

“These agencies are meeting weekly with representatives to assess water supply and how to coordinate a response … We are ensuring water transfers can occur in one part of the state to other parts of state where the need is urgent. They will ensure [that] they will occur efficiently,” Carlson said.

The greatest challenge for efficient water distribution, Carlson adds, is to the cropland throughout California.

“There’s been a significant steady increase in the amount of acreage of crops that require constant water. While row crops can be taken out of production simply by not [planting] … that year, orchards just don’t have that luxury,” Carlson said. “[It’s] a concern that many people share to ensure the agriculture sector of the Central Valley has access to water.”

Though we may still get more rain in the coming months, it’s vital that Californians make an effort to conserve water.

“Individuals can contribute in helping to conserve in many ways. They can wash their clothes only in full load, only run the dishwasher when it’s full and cut back on irrigation,”Carlson said.