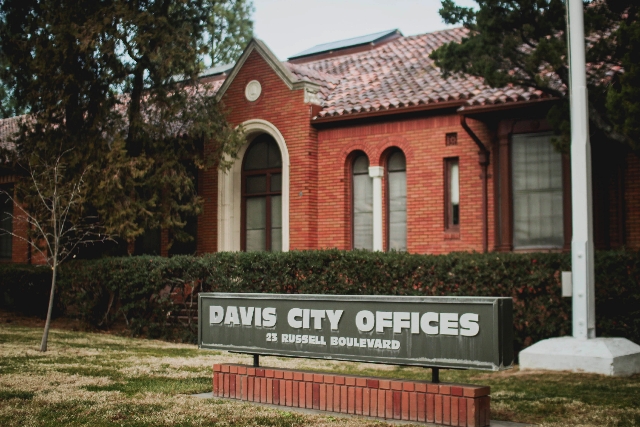 The City of Davis general fund faces a deficit of $5.1 million as it heads into the 2014-15 fiscal year. City council members are weighing options to increase the revenue of the City of Davis, which include a potential increase in sales tax, the institution of a parcel tax and other cuts.

This deficit is attributed to an increase in expenditures: specifically, long-deferred maintenance, retiree medical costs and cost of living adjustments for employees.

While the City of Davis is experiencing economic growth, it is still not enough to cover expenses.

“We have projected roughly $1 million more in revenue coming in the year, but we have $6 million in additional expenses,” said Lucas Frerichs, a current member of Davis City Council, in an email.

According to Frerichs, the proposed increase in sales tax is one-half of a percent, which would bring it up to 8.5 percent from the current rate, eight percent. If the increase were to pass, city council predicts that this would increase revenue by $3.5 million a year, which is still not enough to completely offset the deficit.

However, even if one of these tax increases were to be voted in, additional changes still need to be made for the city to overcome its deficit.

“Regardless of a tax increase, some amount of additional cuts need to be made,” Frerichs said.

The city manager’s office is also looking for non-tax related ways to increase the revenue of the City of Davis.

“Any city has to grow its economy,” said Yvonne Quiring, the Assistant City Manager of the City of Davis, in an email. “That’s why economic development is part of the discussion.

“If the voters of Davis were to approve a parcel tax, landlords may increase rents to cover their costs of having to pay the parcel tax,” Frerichs said.

But, an increase in sales tax may have a more direct impact on students than the parcel tax.

“When students make purchases in Davis, a small portion of the sales tax goes to the city,” Quiring said.

While an increase in sales tax will provide funding to support the city’s infrastructure, students may not be in support of it in addition to their already expensive tuition.

“I work hard enough to pay my bills to the University,” said Jon Radley, a third-year communication major. “I feel like I’m getting nickel and dimed.”

Frerichs believes that an increase in taxes may be a small price to pay for the residents of the City of Davis to continue to enjoy the amenities that it offers.

“I am hopeful that the voters will respond to the need for a short-term tax increase, in order to help the city continue its work of providing a myriad of excellent services to its citizens,” Frerichs said.

“Where I’m from, most of us were okay with [paying 9 percent sales tax] because we realized how much that the city did for us,” Southwick said.

According to Frerichs, these increases in revenue will support open space, parks, libraries, public safety and education, as well as other public services.

“I don’t like giving up my paycheck, but I want my kids to be able to attend public school,” Southwick said. “. . . and college students should appreciate [the] security the city offers.”

As the city council continues to consider its options moving forward, Frerichs wants to ensure that it maintains a transparent relationship with the citizens of Davis.

“I think it is imperative for us to help educate the public on the fiscal situation the city faces, and seek input from the community before we decide which direction we want to go,” Frerichs said.

Whichever option that city council chooses to propose to the citizens of Davis will most likely be voted upon in the upcoming June 2014 election. Everyone that is registered to vote in Davis will be eligible to vote, according to Frerichs.