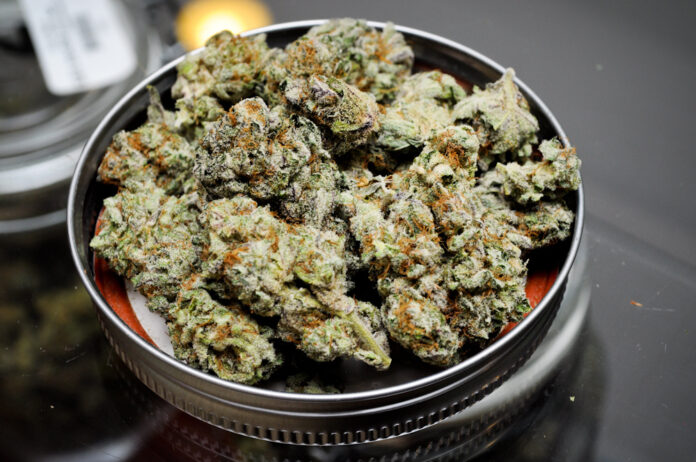 Since West Sacramento does not have dispensaries, license holders have to grow marijuana in their homes.

This causes rifts between neighbors, as people claim that living next to a home that grows marijuana during picking season smells just as potent as being in a room with people who are smoking marijuana. Many West Sacramento citizens are families who enjoy cooking or letting their children play in their backyards, but feel uncomfortable doing so when they can smell marijuana in the air.

The ordinance states, “The majority of complaints and incidents received by staff have been related to the outdoor cultivation of medical marijuana. The outdoor cultivation of medical marijuana is posing a nuisance in the City [of West Sacramento] as the plant has a distinct strong odor that permeates surrounding properties and in some cases, where easily visible, the plants and/or premises have become a target for burglaries and crime.”

If adopted, the new ordinance limits the areas in which card holders are permitted to grow marijuana indoors and outdoors.

According to West Sacramento City Council member Oscar Villegas, although the problem has been recognized, it is challenging to find a solution. Marijuana is not recognized as legal by the federal government, but California state law states that it is acceptable in certain circumstances. This makes it difficult for officials in California to set limits and boundaries.

“It’s confusing; the federal government says medical marijuana is still illegal but the proposition in California says that it’s generally legal in certain circumstances. At the end of the road, you have cities trying to manage this, trying to ensure that there is a compassionate element to it and that we aren’t overstepping the state proposition,” Villegas said.

Michelle Rebuffatti, a second-year biology major, understands the reason for the new ordinance and believes it is reasonable.

“It’s very rare that I smell pot; I’ve never had a problem going through campus or anything. I don’t think that Davis is one of the hubs for problem areas for that. I think it is reasonable to have restrictions on growing even with a medical marijuana license. It is a balance of trying to keep everyone happy,” Rebuffatti said.

While growing marijuana seems to be a rising problem in West Sacramento, it has not become an issue in Davis. Davis’ demographic is significantly different than West Sacramento’s considering that Davis is a college town. However some students think that boundaries do need to be set.

“A few people I know have had one or two pots that they have grown themselves. My roommate last year emailed our landlord and asked if he could grow in the garage, but it was denied because of the electricity needed. Most people I know have had just one or two plants. I have a friend who had a license and it is not honored on campus, so his freshman year, he actually moved off campus so he could use it.”

When asking different officials and the Davis Police Department, it is difficult to discern what the restrictions are.

Villegas said that most times when the city council tries to make adjustments to the restrictions on medical marijuana license holders, someone threatens to sue. It is hard to make progress when everyone has a different opinion on the subject and the federal government does not recognize marijuana as legal.

“West Sac is a small city trying to keep up with progressive times and we are trying to find that balance and find a way to be compassionate without raising a flag to litigate it because it’s a controversial law,” Villegas said.

Steve Rea, assistant deputy to Yolo County Supervisor Don Saylor, believes the medical marijuana is an avoided topic because there are so many different viewpoints on the subject.

“There used to be a dispensary in downtown [Davis] but it got ran out of town. The problem is that it’s up to the locality and whether or not they want to put dispensaries and it’s such a controversial subject that people try to ignore it and hope that it goes away. I think it’s a sticky subject that a lot of politicians don’t want to touch so … [they] leave it to the local authorities and what they want to do,” Rea said.