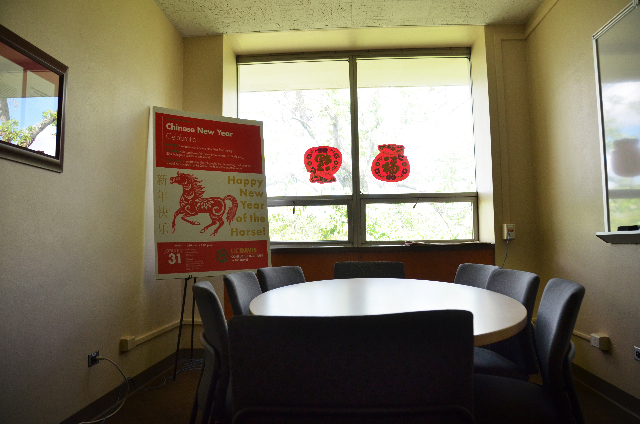 For six months, the Confucius Institute (CI) has been trying to create a dialogue between China and Davis.

There are four CIs in California, and many more worldwide. Most of these institutes focus on educating their communities on language, but according to the CI website, UC Davis is the first school to focus on Chinese food and beverages as a way to promote an understanding of Chinese culture.

“We realize that many students won’t have the opportunity to travel or study abroad in China, so we hope to bring a bit of China to UC Davis,” said Sheena Link, the project manager of the institute.

According to Dr. Linxia Liang, CI’s director, the institute began to come to fruition about two years ago, but before it could become a fully established chapter, UC Davis had to find a sister school that had similar goals to facilitate a cultural dialogue through the language of food and beverage.

“Language teaching is not what we really need on campus. So there was an idea to have a Confucius kitchen,” Liang said.

After some deliberation, this led to a partnership with Jiangnan University, which incidentally has one of the top food science departments in China.

“I think in a time of globalization, it is not only important, but also necessary for us to understand another culture. I also hope we can provide programs and events to enrich our international environment,” Liang said.

According to Ruth Shimomura, a retired teacher who regularly attends the institute’s events and classes, the UC Davis CI’s focus on food was an idea that came from one of the founders, Martin Yen.

Shimomura first became interested in the Institute after going on a tour of China with Yen.

“He was a former student at UC Davis in the food science department. He’s become a worldwide cook. He has cooking shows in China and he had a show on PBS Yen Can Cook,” Shimomura said.

Since becoming aware of the institute, Shimomura has attended a variety of their classes, which range from tea and dumpling making to Yin and Yang lectures. In a class about serving tea, Shimomura said they focused on greater significance associated with the ritual.

“In the first class they also showed us the different customs for serving tea too. The host is supposed to sit facing the door. The guest is to the right of the door,” Shimomura said.

Shimomura had always been interested in different cultures, and in the last year has visited Ecuador, Peru, Scotland, Great Britain and Japan. The institute had provided her with another way to educate herself about another culture.

“It has been five years since I visited China, but visiting there prompted me to learn more about it,” Shimomura said.

Even though most of the institute’s classes do focus on food and beverages, there are a few exceptions. According to Link, they are not too concerned with deviating from their food and beverage driven education.

“In developing our programming plan, the effect of this focus is that we try to offer a majority of food and beverage related events. However, we do offer other cultural activities such as festival celebrations, Chinese paper cutting workshops and weekly cultural conversation times — because at the end of the day, we want to promote the understanding of Chinese culture in general, not just the food and beverage part,” Link said.

“We would always love students to attend our events. The vast majority are free and we try to offer them at different times during the day to accommodate different schedules,” Link said.

Additionally, the institute is open to any suggestions and feedback from the student body, so they feel more comfortable in the classes and events.

“We’re striving to be a valuable part of the campus community, and feedback will help us with that process,” Link said.

As for future events, workshops and classes are listed on the website. Liang said that there are new events coming up that will hopefully appeal to a greater variety of students and more of the Davis community.

“We are also trying to have more relaxed talks, called Tea & Conversation, which will be on our website soon. So it is going to be our conference room on the third floor of Wickson Hall once a week. It’s more casual,” Liang said.

During these talks, participants will also be served Chinese cookies and tea. Each talk will also provide a new topic to focus on. This event aims to be more collaborative than the classes, workshops and lectures, while once again incorporating food (in the form of tea and cookies) into the event.

An even larger event looms in the future on Sept. 27, which is International Confucius Day. It is the 10th anniversary of the Confucius Institutes, and Liang hinted that something exciting will be held.

“But we haven’t finalized our plans for that yet,” Liang said.