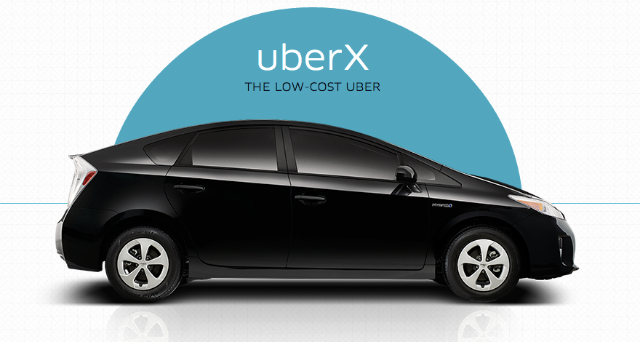 Whether it’s getting from North to South Davis or avoiding a Biking Under the Influence charge, most college students can find a reason to hitch a ride.

To meet this demand, a worldwide taxicab service called Uber has expanded to the Sacramento area, including Davis. As of just over a year ago, anyone in the area can book a ride around town for fares starting at $3.80, with just a click of a button on a smartphone or tablet.

“We tend to do pretty well in areas where there’s college students, because a lot of them don’t bring their cars to campus and then they’re going out or into town, so that’s part of the reason we chose Davis,” said Uber Community Manager Allison Grant. “The last two months we’ve really pushed our Davis plan — we’ve got some great ambassadors on campus.”

Uber originally started in San Francisco in 2009, when current CEO Travis Kalanick realized the difficulty in tracking down a high-quality cab in the busy city. Today, the service is provided in over 80 cities around the world, spanning 35 countries total.

“It’s really important because, especially in the current, modern-day environment, a lot of people don’t have cars and I think Uber has been great for a lot of cities both domestically and internationally,” Grant said. “It’s just grown astronomically — I don’t think there’s a city we can’t work in because we’re changing the way people move around.”

Appealing to college students in the Davis and Sacramento areas has proven to be a huge reason for the company’s success in the expansion.

“You’re in college, you’re having fun, and you need to party responsibly — so Uber ensures that you always have a safe ride home,” said Uber Operations Manager Jason Fiedler. “Whether you need to get back from class or you’re going to meet friends, there’s Uber for you and it’s encouraging to see all the students take advantage of it.”

Fourth-year environmental policy analysis and planning major and Uber user Christine Hoang said that although Davis is a small city that makes walking an option, Uber has been helpful in getting her to and from the bars safely in other places as well.

“It just makes getting places safe and easy,” Hoang said. “Especially when people are going out partying, you never want to get behind the wheel. It’s a safe way to get around, and it’s really cheap.”

Although the application’s main users tend to be in the 18-35 age range, a wide variety of people use it for reasons other than going out on weekends.

“There’s definitely need for people in cities who don’t want to have a car, don’t want to have to deal with parking, and use Uber as an alternative to having a car or as an additional public transportation,” Grant said. “We have people that use it to go to work instead of driving or some that use it on the weekends when they’re going out, so I don’t think there’s necessarily a ‘typical Uber user.’”

So far, Uber has seen rapid growth within the Davis community, and is expecting to gain more popularity as time passes.

“Whether you’re in Shanghai or Dubai or Sacramento, there’s a need to get from A to B, and I think people connect with the need to do that in a way that leverages technology,” Fiedler said. “[Uber’s success is] about being first, being simple and being something that people need.”

When the idea for the application came about, Fiedler said there was a vitamin versus painkillers debate in which they discussed whether the service was something actually needed, or just nice to have.

“It was just obvious that there was a need for a better way to connect with the driver,” Fiedler said. “Uber started out of that need and it’s grown a ton and it’s changed a bit here and there, but the core premise of efficiency and quickness and being cheap has stayed the same.”

From requesting a ride to reaching a final destination, user convenience was a major factor in the creation process, according to Fiedler.

“With the traditional taxi and even with public transportation you have to have cash or a credit card, but with Uber all you need is your phone and you can literally request a ride with the tap of a button,” Grant said.

Hoang said the reliability and accessibility of Uber makes the application popular.

“I love the service because it’s always available. The driver picks you up and drops you off and you don’t have to deal with anything,” Hoang said. “It’s nice that you can see where the driver is at all times, you can easily track where the driver is.”

Apart from convenience, the Uber concept is split into different parts, each designed to appeal to a different crowd and market. Uberx is a low-cost option, and is 20 percent cheaper than an average taxi in Davis, while Uber Black is a little more expensive.

“The reliability of Uber — the fact that almost anywhere in the cities that we operate you can get a car in less than five minutes — that’s a pretty crazy concept and I think that’s really exciting and appealing to people,” Grant said. “Since we do have an option that is cheaper than a taxi, it’s great for very cost-conscious college students.”

ELLIE DIERKING and RITIKA IYER can be reached at features@theaggie.org.