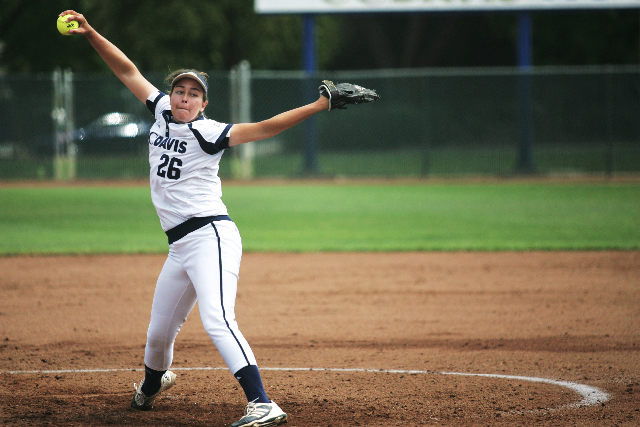 UC Davis softball took on Pacific in a mid-week non-conference game on April 23 in Stockton, Calif. Unfortunately, the results did not end in the Aggies’ favor. Although the athletes were able to post up a strong three-run third inning to tie the game at 3-3, it would not be enough as the Tigers answered back, and ended up on top with a 10-4 victory.

After falling in two of the past three Big West conference games versus UC Santa Barbara on April 18 and April 19, UC Davis looked to turn their luck around versus Pacific.  However, three errors for UC Davis and hot bats from Pacific made that a challenge for the Aggies.

Some positives can still be taken from the match-up. Several UC Davis players continued to display their skills out on the diamond. Sophomore shortstop Christa Castello went 2-for-4 with two runs scored, putting her season batting average at .279. Sophomore Cat Guidry also posted one hit on the day, along with one RBI and one run scored in four at-bats, putting her season average at .225.

Freshman Dana Cruse started on the mound for the Aggies, going three innings and giving up six hits on seven runs, only four of which, however, were earned. Following Cruse, freshman Andrea Reynolds came into the game to throw the final three innings, giving up five hits on three runs, again with only two being earned.

The loss versus the Tigers puts the Aggies’ overall record at 15-28. The athletes now must look ahead to their next series, as they come back to Davis, Calif. this weekend to face UC Riverside. They hope to snap a three-game losing streak, and come away with three victories versus the Highlanders. UC Davis is currently 4-8 in conference play, and with three wins this weekend they would put themselves closer to that .500 mark with the season quickly coming to a close.

SLOAN BOETTCHER can be reached at sports@theaggie.org.