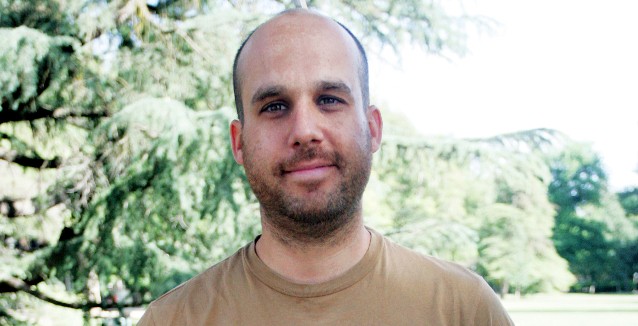 At the May 8 ASUCD senate meeting, UC Davis history Ph.D. student and former Israeli soldier Eran Zelnik is part of the small population of Jewish-Israeli students who affiliate with the pro-divestment side.

“I care about people from that region. That is my place, that is where I come from,” Zelnik said. “I want the place that I come from to exhibit justice, to be a just society.”

Born and brought up in a Jewish household in Haifa, a small town in northern Israel, Zelnik said he grew up receiving a Zionist interpretation of life. Although his family was considered a typical Israeli left group, Zelnik said they were still very devoted to Zionism.

Before coming to Davis, Zelnik served in the Israeli army as a tank commander on check posts and patrols from 1997 to 2000.

“When I grew up, I was very intent on going to the army, I thought it was the best way to serve my country,” Zelnik said. “I really wanted to go to combat unit and to romanticize the army, but little by little it dawned on me that the whole military apparatus, in Israel specifically but also in general, is pretty screwed up.”

From serving in Lebanon to the Gaza Strip to the West Bank, Zelnik recalled times in which he was shocked at the extremity of hate within the Israeli army.

“I was told a couple of times by my commander that ‘what you came here to do is to learn how to kill. I want you to be sure that you learn how to kill the best that you can. That’s what you came here for,’” Zelnik said. “Another moment, my battalion commander told us that he wants us to be the battalion that brings back as many terrorists’ ears as possible to bring back from Lebanon.”

With rhetoric like this thrown around his conversations over the three years, Zelnik slowly came to the realization that being an Israeli soldier was not for him.

“The more I came to think of it, the more I realized how I’ve been bred on a very one-sided view of things, how ideology has blinded me and inhibited me from viewing things for what they were,” Zelnik said. “Then I decided that I really would like to have the ability to look more critically at society, at how ideology works and what happens to people when they become kind of brainwashed with a certain ideology, and I thought that history would be the best way to do that.”

While in the army, Zelnik said he personally saw many human rights violations happening, and attests to the points made by the pro-divestment argument.

“I was in checkposts all over the West Bank, where you are instructed to not allow people in and people out. I had to tell them that they could not get out of their city,” Zelnik said. “[While in the army], you see how serving for a long time as an occupying force gets to you, it eats at you. [Some Israeli soldiers] don’t view the Arabs as full humans.”

According to Zelnik, other violations included Israeli soldiers making hurtful comments and smoking cigarettes over Palestinians. From these individual experiences, Zelnik said voicing his opinion and being an active member of society was important when the resolution was brought to senate.

“As somebody who is from Israel who has been complicit in the occupation, the very least I can do is to voice my opinion,” Zelnik said. “We should do everything in our power to try and effect positive change in the world. That’s what activism is really about.”

RITIKA IYER can be reached at features@theaggie.org.