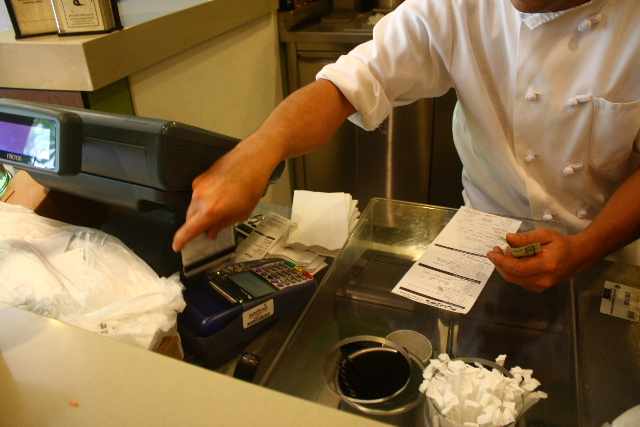 On June 30, Aggie Cash will no longer be accepted on off-campus locations. According to Kraig Brady, UC Davis Student Housing food service contract manager, the change is due to the partnership ending between Sodexo, the food service provider that UC Davis Dining Services is partnered with, and the financial institution that sponsored Aggie Cash, Off Campus Solutions (OCS).

According to Brady, the banking system that OCS uses to transfer money from a student’s Aggie Cash account to a third-party vendor discontinued its service. Brady said UC Davis’ volume is too small for the bank to support the number of credit card transactions and banking fees.

While Brady has looked for other companies to sponsor Aggie Cash off campus, he said that the potential solutions he had come across were not cost-prohibitive and compliant to the regulations needed for the transactions. However, Brady maintains that the University will continue to look for solutions to reinstate this service.

“The good news is we’re not giving up yet. We’re looking for a potential down the road,” Brady said. “It’s not going to happen this next year, but down the road we were looking at how we can expand the service.”

Additionally, Brady maintains that there will be no other immediate changes to the program. He notes that Aggie Cash users will still receive a 10 percent discount at UC Davis Dining Services locations and that Aggie Cash will continue to be accepted at the ASUCD Coffee House (CoHo) after this year’s trial period.

“We’re considering adding flexibility to meal plan participants so we can give them another option,” Brady said. “We’re kind of looking at how can we break the monotony of eating at the DC [Dining Commons], even though it’s fantastic, sometimes you want another alternative, that was a design of Aggie Cash. As off campus is taken away, what can we do to enhance on campus?”

While participating off-campus vendors will no longer receive the influx of Aggie Cash customers, Brady is hopeful that these businesses continue to sponsor UC Davis students.

“What I do hope is that the retailers that were partners of ours can continue to support UC Davis students,” Brady said. “It’s up to them on what kind of promotion they want to do. It’s not going to be a relationship with Aggie Cash, but it’s still a relationship with the students who have been their customer. I hope that doesn’t disappear.”

Several students have reacted negatively toward the reduction in options for Aggie Cash.

“It forces me to shop at the Junction [at Segundo] way too much and it’s already expensive there,” Somers said.

Emma Rudolph, a first-year, views Aggie Cash as a primary motivation for first year students to explore downtown Davis. She imagines this change will affect the way they interact with the city.

“It’s not a really big deal to me due to the fact that I’m not going to be having Aggie Cash next year, but for the freshmen, I think that’s really inconvenient because having Aggie Cash really allows you to explore downtown and makes going out more accessible,” Rudolph said.

However, Caroline Shimeld, a third-year psychology major, doesn’t see the change affecting Aggie Cash users that much. She notes that when she was a first-year, she didn’t use Aggie Cash that much off campus. She imagines a majority of Aggie Cash users use the service at campus locations.

While Brady understands the disappointment that students can no longer use Aggie Cash off campus, he maintains that there are other amendments to the program to come in order to make up for the loss in options. He encourages students to use Aggie Cash at the remaining locations on campus.

“It’s disappointing that we can’t offer that service anymore, but it’s still exciting to know that we’re broadening the flexibility of it and continuing to look at Aggie Cash as a benefit,” Brady said. “I think I just want to make sure that the whole point of Aggie Cash in the purpose was to give them another choice. I still think there are a lot of really great restaurants on the UC Davis campus that maybe they haven’t experienced. So give those a chance, give those a try for the first time.”

JASON PHAM can be reached at campus@theaggie.org.