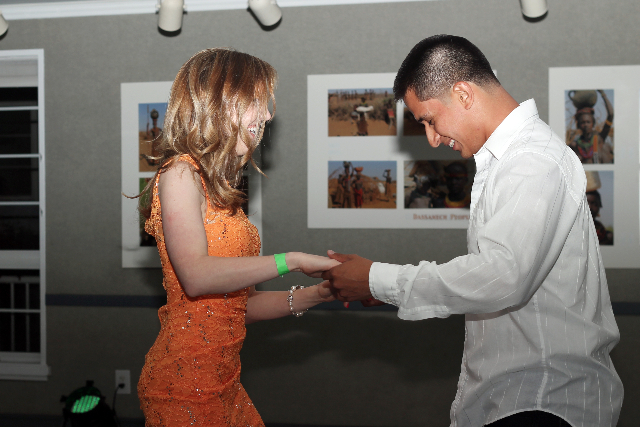 On the corner of College Park and Russell Boulevard stands a white building ornamented by a fringe of foreign flags. International House represents a celebration of culture, and this year it hosted Formal Without Borders, a new tradition for the international development clubs of UC Davis.

The second Formal Without Borders was held on May 17. The event kicked off at 9 p.m., and more than 10 clubs tabled at the event to fundraise for impoverished communities in developing countries and raise awareness about a multitude of causes.

The outside area was set up with an assortment of food and club tables. Attendees in formal wear mingled, enjoyed snacks and struck up conversation with both established and upcoming clubs. Inside, the festivities were complete with international music, dancing and performances.

Imaan Taghavi, a third-year civil engineer major, was a main organizer of both the first and this second formal.

“I was thinking to myself, it would be really cool to get a lot of these international development clubs together, because there’s lots of them,” Taghavi said. “I’m a part of Engineers Without Borders, there’s Med-life, Global Brigades — and there’s like 10 clubs in Global Brigades. And all these new smaller clubs like Eau and Invisible Children. I thought this could act as a way for them to communicate, and also for the smaller clubs to network and expand.”

The planning, which took place over the summer of 2013, picked up faster than expected.

“We started networking and within a week we had tons of clubs emailing saying ‘this is awesome, can we get 20 tickets and sell 20 tickets and raise money?’” Taghavi said.

However, the formal ended up as more than a simple means of fundraising. The Council for International Development, a medium for communication between international clubs, was organized after the first formal Fall Quarter.

“Now representatives from all these clubs come together once every couple weeks and plan small things, like the formal, tabling, general outreach or grant opportunities. Fall Quarter [we had a] formal, Winter Quarter was getting the council off the ground, this quarter we decided to do another formal. We felt it was so successful that we wanted to try again,” Taghavi said.

Each club table was laid out with information and objects specific to the cause. Marie Shadowens, a second-year civil and environmental engineering major, is the current vice president of the Davis chapter of Engineers Without Borders and tabled at the formal.

“A lot of the stuff that we displayed on our particular table came from the different places where we’ve had projects previously,” Shadowens said. “Water treatment seems to be the need,  especially in developing countries … It’s really cool to be able to share these ideas with students who aren’t engineering majors. Just because, sometimes people look at a diagram and think ‘eh that looks scary, I’m just going to look away’ but it really challenges us to present the stuff in a way that’s super understandable.”

Colette Barton, an undeclared first-year, tabled for the Invisible Children club, where they sold bracelets and presented a poster detailing the background of the cause.

“It’s a really cool event,” Barton said. “I would have never known that this many people were involved in international development.”

For the first formal, 72 percent of every ticket went back to each club involved. This formal, clubs will receive an even bigger percentage due to budgeting. According to Taghavi, both formals were a huge success, a trend that he hopes will continue in the following years.

“The school does a lot with club fairs, but I feel like there’s more engaging and entertaining ways of having club unity and club dialogue … I think that the vibe of the formal is unique, and that’s my goal,” Taghavi said.

ELLY OLTERSDORF can be reached at features@theaggie.org.