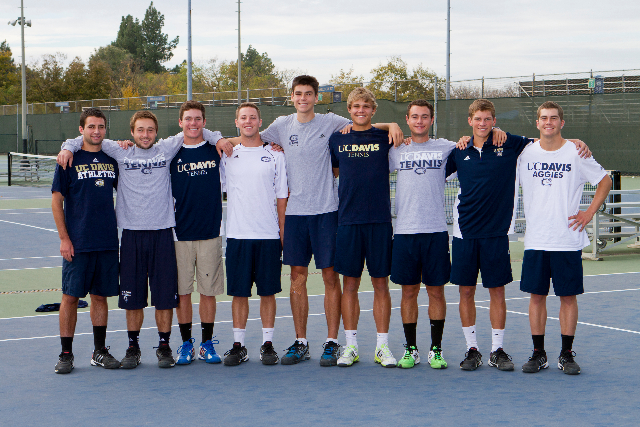 The UC Davis men’s tennis team finished out their season with a 4-3 loss against Hawai’i in the Big West Tournament semifinals match on April 25. The Aggies finished their season with their first winning record in Division I, 14-11. UC Davis went an impressive 11-3 at home and led the conference in wins.

Sophomore Brett Bacharach and senior Adam Luba made it to the All-Conference Second Team in doubles.

With a season full of accomplishments, expect the Aggies to come back next year and be a dominant force in the Big West. WIth only three graduating seniors and currently no juniors on the team, the Aggies will have a young but experienced team.