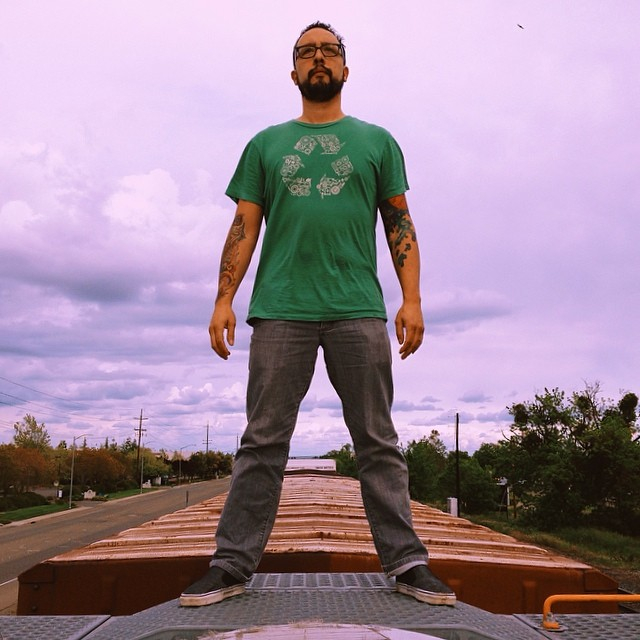 Meet Professor Nik Palomares: in the realm of academia, UC Davis and beyond, he’s known for teaching communication and conducting various studies on language use and conversation. But what you might not know is that he’s got a knack for photography. He also has quite an Instagram following, currently one of Instagram’s Suggested Users and recently breaking 30k followers. MUSE sat down with Palomares to discuss his photography endeavors.

MUSE: Can you tell us a little bit about your hobby?
I’m into photography. I like the artistic aspects of it. It’s something different from academia, doing research and teaching — at least for me. I’m a very rational individual and very logical and technical in a lot of ways, but I found that I wanted a little something more than the academic aspects of things and got into photography.

Has photography always been a passion of yours?
I guess I’ve always had an interest in photography over the past several years, but really got into more of the technical aspects of it and using my camera not just as capturing moments, but as more of an artistic expression.

How did you get started in the Instagram scene?
My family and I went on a trip in fall 2012 and brought back pictures we were really disappointed with. I knew we were going on another trip that summer of 2013, so I took a photography class and learned aperture, shutter speed and all those aspects and started using them more.

Then I learned more of Instagram than what I originally thought it was. I had always thought of it as a photo-editing tool to make pictures look retro, so I used it for that primarily. Then I learned that it’s more of a photo-sharing tool and also a bit of a community-organizing tool; people gain friendships in that way. It’s not just the idea of sharing photos, but it also has this community component to it. So I started to meet and connect with people with similar interests in photography from the Bay and Sacramento areas, and eventually from various parts of the world. It was really nice to be able to have this forum to display what I was doing already with photography and also see other people’s photographs and getting inspired that way.

You recently organized an Instameet in Sacramento. Can you tell us what takes place at those?
A bit of it is, “hey, let’s get together and shoot,” but also, “let’s meet people I know through the app, but I never met in person.” Even if it’s formally organized, once you get there, it’s very informal. Like, there was this father and daughter, and the sun was setting. I wanted to get a silhouette shot of them by the Sacramento River, so I asked them to stand there and hold hands to get a picture.

Do you have a certain photographic style or aesthetic?
I try to post what I like, what I find aesthetically pleasing, but there’s also this component of having an audience, so I like to do things I know others will like as well.

I use the photo-processors, VSCO and Lightroom, as my primary tools, whether I’m shooting with my iPhone or DSLR. I guess my aesthetic is more of what VSCO’s is, which is sort of a muted, retro film emulation.

I also personally like shooting when the sun is low to capture the “golden hour.” I like shooting trains and train tracks lately; I like the fact that the boxcars are graffitied and that they’ve been all over the country — there’s a bit of a history behind the transportation.

What do you hope to communicate through your photos?
A lot of art tells a story, but I don’t think there’s any one story I’m trying to tell. But I would be happy if — when someone sees a photo of mine — they’re able to bring up memories, or images, or have their own take to it. For me, my response to my photos is nonverbal, really. It’s much more of a feeling or an emotion behind it rather than anything I could put into words.