This Week in Sports 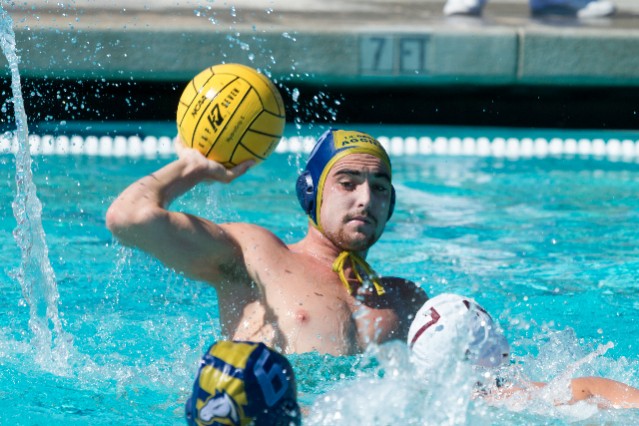 With so many sports for Aggie fans to follow but so little time, we’ve decided to cover

the entirety of UC Davis athletics action in one spot. Here is what happened in UC Davis sports

State Fullerton and UC Riverside at home. In the first match, the Aggies scored a season-high

Quezada ended the game with three saves, only allowing one shot past him.

undefeated season. UC Davis and Penn State University are now the only undefeated teams in

Coming off of a six-game losing streak, the UC Davis women’s soccer team has

managed to tie its last three games, all of which were at home. In the first, the Aggies managed

play. Jern finished the day with six saves, vaulting her into third place for all-time saves in the

The Aggies were poised to score a win against Cal State Fullerton, until a heartbreaking

goal was scored by the opposition on a penalty kick in the 86th minute. UC Davis scored its

lone goal from junior defender Lauren Paul, who scored in the eighth minute.

middle blocker Katie Quinn, who led the team with 10 of its 17 blocks.

Against UCSB, the Aggies were able to score a sweep as they dominated three straight

sets. They will return home for a one-game homestand against UC Riverside on Oct. 11 before

heading back to the road for four straight games.

who surprised the No. 1 seed in Flight B. Maltby was eventually defeated by fellow Aggie and

able to leave his mark, winning the Flight A consolation round.

teams were defeated in the semifinals of their respective draws.

Playing in a hostile road environment, the Aggies allowed themselves to fall too far

behind and ultimately lost despite a strong comeback bid. Portland State pulled ahead by 17

points in the first hand, anchored by a strong rushing attack. While UC Davis was able to pull

within three points in the third quarter, their offense was effectively stopped in the fourth when it

gained only 31 yards on three drives.

them to rack up 254 rushing yards. Meanwhile, UC Davis gained just 44 yards on the ground.

While some confidence should be found in their second half performance, their loss in a

winnable game is something that the Aggies should worry about.

Despite their lofty national ranking, the Aggies failed to impress against a strong

out of the Aggies’ five goals, but saw little help from their teammates. Meanwhile, Stanford was

pulled to their dominant victory by Bret Bonanni who currently plays for the U.S. Senior National

The UC Davis team will take its talents on the road for the next three games, where it

should be able to capitalize on lower ranked competition.

The women’s field hockey squad went up against, and lost to, a Stanford team ranked

No. 5 in the country. The UC Davis women’s field hockey team briefly tied the game at 1-1

before watching Stanford hold them off the board for the rest of the day. UC Davis will be at

home for two more games, against UC Berkeley and the University of Pacific, so perhaps home-
cooking and lower ranked competition will lead to a few more wins.