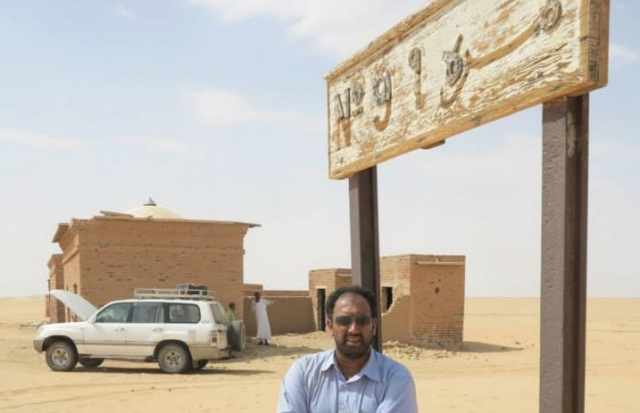 In Dec. 2013, only two and a half years after South Sudan celebrated its first independence day, tensions between the country’s two main ethnic groups erupted into violence. Only 19 months into independence, the world’s youngest country was plunged into civil war.

In addition to giving monetary aid, the international community has stepped up in other ways, providing medical and media attention to the area. Contributing what they can through knowledge and expertise in their respective fields, three UC Davis alumni have been performing such work in South Sudan since the nation’s inception.

Dr. Matthew Fentress, who graduated from the UC Davis School of Medicine in 2008, currently works in South Sudan with Doctors Without Borders, a medical non-profit organization. Prior to this, Fentress worked with the Global Health Fellowship in developing countries.

“The first part of that [Global Health Fellowship] I spent a total of six or seven months in South Sudan,” Fentress said. “I always knew I wanted to work either outside of the country in the places that didn’t have a lot of resources and doctors, or, I wanted to work in areas in our own country where that’s the case.”

Although Fentress had strong and early convictions about working in a conflict-ridden area, UC Davis history and international relations alum Isma’il Kushkush had no plans on working in South Sudan post-graduation. Kushkush now works for The New York Times, reporting in East Africa.

“I did take a course in journalism at UC Davis, I just thought of it as a side interest, not something I’d be doing for this long,” Kushkush said. “I thought I’d be a history professor!”

As an agricultural economics undergraduate student at UC Davis, Dr. Sue Lautze was similarly unaware of her future career in humanitarian aid. Lautze, a representative for the Food and Agriculture Organization of the United Nations (FAO) and Deputy Humanitarian Coordinator for the United Nations, recently returned to South Sudan after giving talks internationally.

“I wanted to go into the international grain trade, and so I had studied Mandarin as well as the economic aspects [of grain trade] when I was at Davis. I went off to China right after UC Davis on a program that put me in the ministry of culture,” Lautze said. “There, I met some people working for the United Nations (UN) and got to talking to them. I thought I’d be working on that for just a little while but it’s now 26 years later and I’ve gotten more and more deeply involved with humanitarian efforts.”

Despite the broad range of their studies, all three alumni are working tirelessly in South Sudan, doing whatever they can to help.

The history of conflict in the three-year-old country predates its independence. Serious violent clashes between North and South Sudan began in the early 60s, and tensions ranging from small-scale violence to full-blown civil war continued up until 2011.

“I was in Bentiu a few days before I went to Malakal. There was a massacre in Bentiu in April. Particularly at a mosque — inside, probably 400 people died,” Kushkush said. “We went two weeks after the massacre and the stench was still there of death and dead bodies. I think Bentiu is one of the very worst I’ve seen.”

Unfortunately, South Sudan needs many more resources than it currently has access to. Fentress often worked in conditions where the lack of medical supplies would hinder the amount of aid he was able to give.

“[In a] lot of places that I worked in East Africa, India and Haiti, I often came up against that kind of challenge,” Fentress said. “I think the key is just to help as much as you can given the limitation that you have.”

But violence isn’t the only threat to the populations of South Sudan. For those displaced by war, the biggest hazard is famine, as a third of the population has no food security. Lautze’s work with the FAO helps provide food as well as long-term agricultural strategies in the area, although the planning process can be incredibly difficult.

“Next year, we’re in the process now of having done the consensus-based food security outlook for the rest of 2014 and early 2015 and the point of contention is always [the same],” Lautze said. “Do we assume that the peace talks that are ongoing in Ethiopia right now are going to be successful and that’s going to stabilize the situation? Or do you assume that they won’t be, and we’ll be facing even more crisis than we are now?”

The prospect of working tirelessly in a situation might seem daunting, but Lautze never doubts that the fight is a worthy one.

“I was really lucky in that I was able to teach humanitarian assistance in complex emergencies,” Lautze said. “I believe very firmly that we need the best and the brightest minds, because if you’re interested in the sharpest edge of the hunger challenge, if you’re interested in rights to food, rights to life, rights to a decent chance for one’s kids, there is no more challenging, and often rewarding environment, than working in humanitarian assistance.”

Though he is in a completely different field, Kushkush shares a similar disposition about the importance of his work.

“There are a lot of crises in the world and I know a lot of readers or viewers get desensitized because there are so many, but it’s important to bring those images and stories to the world, particularly to places that enjoy better lives,” Kushkush said. “I wasn’t really surprised to see other UC Davis alumni in South Sudan.”

All three alumni living in South Sudan agree that UC Davis has had a profound effect on where they are today.

“The experience I had at UC Davis changed my outlook,” said Lautze. “I’ve gone on. I got my masters from Princeton and my Ph.D from Oxford, but fundamentally it was the foundation that UC Davis gave me that really changed my life. I remain very, very grateful to that institution.”