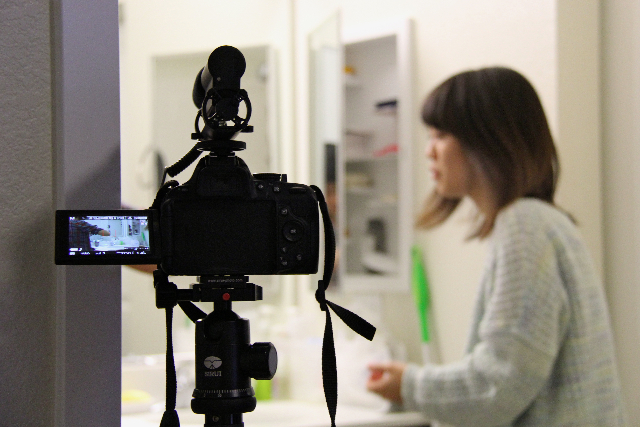 Operating as a small-scale movie-making studio while emulating the film industry, the Davis Filmmaking Society (DFS) works to train its members in the field of cinematography.

Despite only having been created last Winter Quarter by a group of first-year students, the organization has grown rapidly since its start and now consists of over 50 members.

“What we really want to do is to unite the filmmakers of Davis, put them into one community and really foster filmmaking as an art,” said Alex Lee, a second-year political science major and DFS president and co-founder. “There are a lot of career options, but one thing we obviously want to do is make art and have fun doing it. Right now since we’re such a new club, I’m still expanding us into several different directions and I want to gradually incorporate it into being more business-like too.”

With members of all experience levels, from zero film background to years of working in various roles for the industry, DFS welcomes all types of students. Lee said anyone with the eagerness and the willingness to make movies can join the group of directors, actors, crew-members and script-writers.

First-year film studies major Emily Loredo has had experience with stage and camera acting, directing and making her own films and joined DFS after only her first day at UC Davis.

“I started making films probably about my junior year in high school, and I’ve made one complete short film. I’ve worked on film sets for other productions and acted in them,” Loredo said. “I really like being able to be around people who have a passion for filmmaking. It’s really exciting to work with people of different experience ranges and also [to teach] since I’m the director [this season] and a lot people are newer than [I am].”

DFS operates off of a system of “seasons.” After filling out an online form specifying preferred roles in the filmmaking process, the members are split up into separate groups who then have a few weeks to write and shoot an original film.

The organization has about three “seasons” each quarter, each with a different theme. In the past, themes have included one-minute films, action movies and parodies. This season, the theme is horror.

“We’re doing horror [this season], which I’m really excited about,” Loredo said. “I’m a director for the horror season, so my job is to think about the [timing] and think about the actors and the editors. I had to cut a lot [from the script] and make a few directorial changes, but the whole point of the director is to make sure the writer’s vision comes together and that the actors can understand that vision.”

First-year undeclared student Beijo Lee said she had taken and thoroughly enjoyed filmmaking classes in high school and wanted to continue this passion at UC Davis.

“In high school, I was in an academy for digital arts, and I really enjoyed making videos and making films,” Lee said. “The purpose is to bring out creativity. Members in the club want to write a script and bring it to life in a movie and just have fun with it. It’s about bringing to life what you can visualize.”

Although many members are hesitant to make filmmaking their main career path, DFS serves as a great outlet for giving them a chance to manifest their artistic talent in film.

“I’ve always had this lifelong interest in film. I haven’t necessarily had hands-on filming experience like a lot of other people, but it’s an interest I want to pursue, and it’s definitely something I have thought about making a career [out of], but it’s just so difficult,” said Martin Yao, a second-year anthropology major and DFS co-founder and executive producer. “[Our goal is] to operate like an actual big, major-movie studio, but on campus and geared toward students — so we would like to have our name out there as the filming club and organization on campus.”

“A lot of people, like me back in high school, made movies on [their] own – you wrote it all, you directed it, you shot it all, you edited everything,” founder Lee said. “It’s interesting now, when you collaborate with someone else who can take your vision and change it.”

At the end of each season, the club holds a premiere event to showcase all the hard work each group put into their original short film. The next DFS premiere will be in 1002 Giedt on Nov. 17, and is open to the general public at no charge.

“I love seeing everyone’s work finally be premiered. It’s amazing seeing how everyone collaborates and it’s really rewarding [when] everyone’s achievements are acknowledged,” founder Lee said. “What we’re really strong in right now is filmmaking, but I want to strengthen all elements of film, including film appreciation — which is a big challenge for a club that’s only two quarters old.”