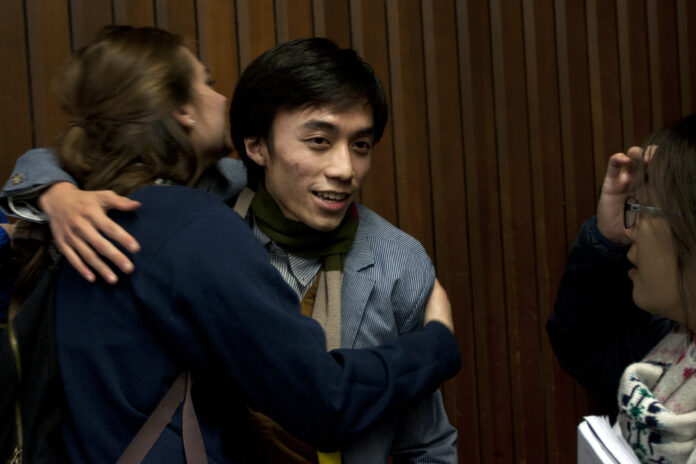 “I don’t know how I feel yet, it’s going to be a really long year,” said fourth-year political science and economics double major and senate-elect Roman Rivilis. “ We have a lot on our table and a lot of obstacles we need to overcome, especially with the coming tuition hikes and the climate of student activism that we need to foster in ASUCD.”

2,896 voters turned out for this quarter’s elections. This was significantly lower than the Winter 2014 Senate Elections, whose voter turnout was 27.11 percent — the second highest in recorded ASUCD history.

“I do have to say that I am disappointed in the voter turnout,” said current ASUCD Senator Gareth Smythe. “ASUCD controls a lot of resources. This is one of the only units that represents the undergraduate student body and students get to decide how we control our resources, so it’s very important for students to vote.”

“It’s very exciting, it means we clearly have support from the community and our own communities,” said third-year political science major and SMART senate-elect Anabiah Syed. “I’m glad we all had the opportunity to run together.”

Only one SMART candidate, third-year mathematics and statistics double major Brendan Chang, did not win a seat at the senate table.

The six newly elected senators will begin their term at the beginning of Winter Quarter 2015.

“I am really happy, but I couldn’t have done it without everyone’s love and support,” said third-year Asian-American studies and community and regional development double major and SMART senate-elect Casey Nguyen. “This win isn’t for me, but it’s for everyone that has been behind me this entire time. I’m excited to start getting things done on the senate table.”