Department of Theatre and Dance presents ‘The Fantasticks’ 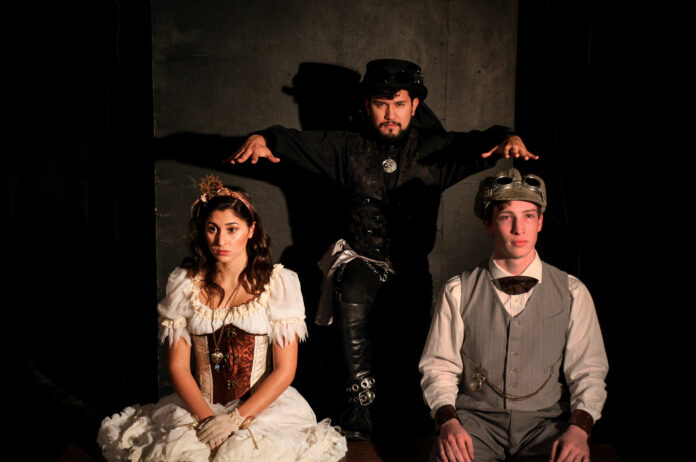 On Dec. 4, the UC Davis Department of Theatre and Dance will debut its fall musical, The Fantasticks, at Wyatt Theatre. The musical is directed by staff member Kathy Morison and will mark the department’s first holiday-themed production.

The Fantasticks is a 1960s musical loosely adapted from Edmond Rostand’s play The Romancers, and features music by Harvey Schmidt and words by Tom Jones. The show’s original off-Broadway production, which ran a total of 42 years, holds the record for the world’s longest-running musical. The story tells the tale of Luisa and Matt, two young lovers whose parents trick them into falling in love by trying to keep them apart.

Although the story’s premise is simple, Giana Gambardella, a second-year psychology and dramatic arts double major who will be playing Luisa said that there are unique moments in the show that distinguish it from any other production she’s seen or been in.

“The Fantasticks is so unlike any other musical that’s ever been produced. It’s timeless, but at the same time it can be so off-the-wall and bizarre,” Gambardella said. “The storyline is simple, however there are moments that are so off-the-wall that give it interest and depth.”

Morison said the timelessness of the show allowed her to put her own unique spin on the classic musical. She hinted that the university’s production will include a modernized twist with a steampunk vibe.

“It’s one of those pieces that’s done a lot, but we’re always able to do a different twist on it because it’s not really set in a specific time period,” Morison said. “We are turning this production a little on edge with a little steampunk theme that kind of goes along with that.”

Although the show itself is not set around Christmas, Morison said the musical’s overall heartwarming theme goes along with the holiday spirit. Morison also notes that the show’s venue will be adorned with lights and holiday decorations.

“It is a show that would really set your heart in a lovely holiday feel to be able to move on with the chaos that generally ensues with finals,” Morison said.

Following the department’s spring production of Spring Awakening, The Fantasticks is only one of the few musicals the university has done in recent years. According to Morison, the department chose The Fantasticks as its next production due to the large demand from the student body to do another musical. Morison said that it’s not a typical musical; however, she claims that this is not to diminish the show’s music, which she said plays hand-in-hand with the script.

“This musical is not a ‘musical theater’ kind of musical,” Morison said. “It’s not like these characters are going to break into a tap dance in the middle of the show. It’s very genuine and comes from an honest place. This is almost a play with music.”

“It creates a world that is very relatable and very fun,” d’Olimpio  said. “The story is very simple, but it carries a lot of deep lessons that are very important to look at, like things about love and identity and experience.”

For Matt Skinner, a second-year dramatic arts major who will be playing Matt, the musical’s self-awareness and irony sets it apart from any other production he’s ever acted in.

“The show has this interesting balance between being very self-aware and kind of ironic at times, but also being very sincere and sweet, which I think is a fine line that’s hard to achieve in a good way,” Skinner said. “I think it really nails that. I’ve never done a show like that.”

The department will present its debut performance of The Fantasticks on Dec. 4 at 8 p.m. at Wyatt Theatre. The show will run through Dec. 14 on select dates. Tickets can be purchased for a flat rate of $15 by calling (530) 752-1133 between the hours of noon to 2 p.m., Monday through Friday. For more ticket information, email tdtickets@ucdavis.edu.