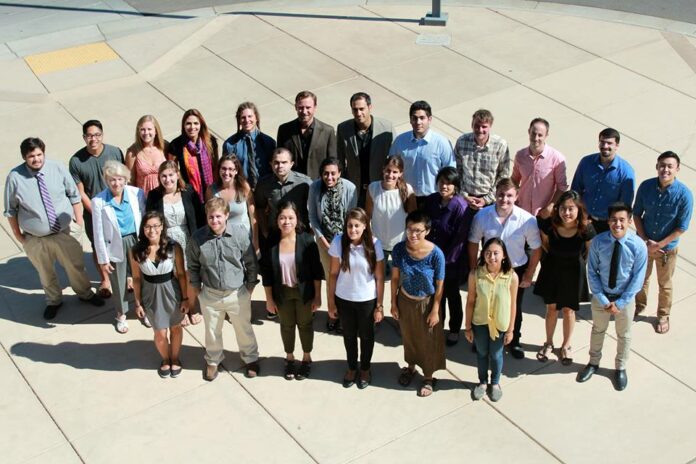 Next fall, a team of UC Davis students is entering an international competition to build a solar-powered, cost effective and energy efficient home. However, the task that the “Aggie-Sol” team is undertaking is one whose legacy will last much longer than the two-year Solar Decathlon competition.

Aggie-Sol is aiming to build a prototype of a home that will bring a “Zero Net Emissions” lifestyle to below market value for farm workers in California. With California lawmakers considering zero net energy regulations upon residential and commercial structures, the cost of housing may increase with the installation of these measures. Alternatively, the Aggie-Sol team aims to lower the financial cost of being eco-friendly.

“We don’t want people to make a decision between sustainability and affordability,” said engineering manager and first-year civil engineering graduate student Payman Alemi. “There is cost assessment for everything and anything going into the house. We make it affordable by going through every line item, every piece of insulation, every piece of pipe, every kilogram or pound of wood and trying to minimize it as much as possible.”

The Aggie-Sol home will feature various methods of energy and water conservation, including a cooling system in which water chilled overnight lowers the temperature of the house the next day. In addition, water will be conserved by storing and filtering grey-water — which is the water from dishes, sinks or any water that doesn’t come in contact with feces — to be used for irrigation.

“UC Davis also pursued West Village, which is the largest planned Zero Net Energy community in America,” said project manager and recent civil and environmental engineering graduate Robert Good. “That achieves zero net energy at market rate technology at market rate cost. UC Davis is approaching this project with these experiences behind us and the experience we learned from them, and trying to achieve the exact same goals, but at a significantly lower cost.”

“We have to give a huge shoutout to students working on this, they have been working very hard,” said project manager and first-year Ph.D student in transportation technology and policy Ben White. “A lot of them [have been] working over 40 hours a week on this project, nights and weekends. It’s really been a sacrifice for them to do well in this competition.”

The team consists of members with diverse academic backgrounds, including design, engineering, management and sociology. Fourth-year design major Tina Chen is currently on the architectural team, working on the design of the house.

“The project itself means a lot to me since I’ve been here since the very beginning,” Chen said. “It is one the few opportunities in Davis to be a part of something so big. It’s a really great experience because how many people get to say, ‘Wow, I designed a house while at Davis!’”

The project allows students to apply the skills they’ve learned at UC Davis on a real-life, major enterprise.

“A lot of students leaving the college are taught how to approach a provided task, so this is an opportunity for them to figure out on their own how to approach a larger project,” Good said. “I have seen students, not only from the engineering department, but from the design department, from communication, English and many other departments at Davis who have taken those skills from each of those respective colleges and applied them very well.”

The students involved are also encouraged to build different skill sets apart from what they are learning in their respective departments. For example, all students on Aggie-Sol are made to learn “Revit,” a three-dimensional autocad modeling software. Combining their pre-existing knowledge and newly learned skills within the project, students in Aggie-Sol learn to work side-by-side with those from many different areas of interest.

“Learning to communicate together is very important in the industry,” White said. “Most students don’t have this opportunity until they are out in the real world. [Students don’t get] just a real world setting, but a real world situation that has great social implications as well.”

This year’s competition will be held in Irvine, Calif. in October. White hopes that UC Davis will continue participating in the competition for years down the road.

“I don’t think we can solve California’s farm worker’s housing problems with our first try,” White said. “We are learning a lot and we are getting a part of the way there. But I think that as a university, if we are able to follow a few more times in subsequent years, I think we’ll be able to make a much bigger impact.”