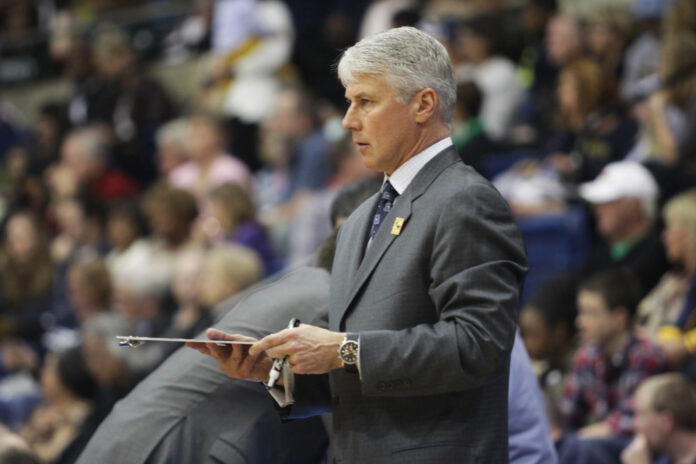 Aggies basketball domination can be traced to coaching

Jim Les has coached the UC Davis team to the best season in school history, but getting to this point came with many obstacles. Last season, injuries to key players plagued the Aggies. Senior forward Josh Ritchart played in nine games before being sidelined for the remaining season due to a right lower leg injury. Junior forward J.T. Anderele joined Ritchart on the bench, having suffered a knee injury that kept him out the entire year.

But it is not individual success that have led the Aggies through this historic season. UC Davis is home to one of the best shooting teams in the country. The Aggies are shooting a at .499 field goal percentage, third best in the nation behind Gonzaga and Notre Dame. Behind the arc, UC Davis is shooting at a .463 percentage rate, the best rate in the nation.

The Aggies’ success this season had earned UC Davis a top ten ranking in the latest College Insider Mid-Major poll, coming in at number eight.

As a player, Les began his career at Cleveland State University, where he received a scholarship to play under Ray Dieringer. After his first two seasons with the Vikings, Dieringer was released as the coach. Les would later transfer to Bradley University, where his brother had played years before.

“After Dieringer was relieved of his duties, I decided that I wanted to play somewhere closer to home,” said Les. “I was aware of the tradition and history and I wanted to be part of that as a player.”

At Bradley, Les excelled at the point guard position and averaged 10.6 points per game and 8.0 assists per game while shooting at a .477 percentage rate. Les led the Braves to three consecutive winning seasons, including a 32-3 record during the 1985-1986 season.

During the 1985-1986 season, the Bradley Braves held an impressive 21 game winning streak, but would later lose in the second round of the NCAA Tournament that year.

Les currently has the 17th most career assists in NCAA men’s basketball history, with 884 assists in 118 games. He also holds the all-time assist record at Bradley University. In 1998 Les was inducted in the Bradley Athletics Hall of Fame and his number was retired by the team.

During his last two years as a Brave, Les played alongside Hersey Hawkins, the father of UC Davis standout Corey Hawkins.

“He made me look really good,” said Les of the older Hawkins.

The Atlanta Hawks drafted Les in the third round of the 1986 NBA Draft, but he was later waived by the team. Les bounced around from the Continental Basketball Association and the World Basketball League. Despite being cut and waived by many teams during the first couple years of his career, Les maintained determination to make a name for himself.

“I was always worried about having regrets,” said Les. “I wanted to ride this basketball thing out as long as I could. I gave it all I could to play at the highest level.”

The Utah Jazz offered Les a roster spot under head coach Jerry Sloan and alongside John Stockton and Karl Malone for the 1989-1990 season. It was not until the following season when Les found his niche with the Sacramento Kings. In his first season with the Kings, Les had his best season of his NBA career. He shot at a .444 percentage rate and .461 from the three-point line.

“I had to become a student of the game and be a sponge. I was fortunate, I played for Lenny Wilkins, I played with Stockton and Malone, and I played in the Bird-Magic-Jordan era,” said Les. “I was just trying to absorb as much as I could day in and day out. I still have notebooks in my office full of notes, full of plays, full of philosophies from all those years of playing.”

Les would later retire from the NBA after the 1994-1995 season with the Atlanta Hawks.

A Career in Coaching:

Les started his coaching career as an assistant coach for the WNBA’s Sacramento Monarchs from 1999 to 2001, the lead would later fold and shut down in 2009. Les helped the Monarchs reach the WNBA playoffs during his three seasons as a coach.

In 2002, Les was offered the head coaching position at his alma mater, Bradley University, despite his limited coaching experience. In his first two seasons Les was able to improve the team’s record, 12-18 in his first season and 15-16 during his second season. During the 2006 season, Les coached the Bradley Braves to the Sweet Sixteen of the NCAA Tournament. That was his best season as Bradley head coach with a 22-13 record.

Bradley continued making post-season appearances, in 2007 Bradley advanced through the National Invitation Tournament and in 2008, the Braves lost in the champions round of the College Basketball Invitational tournament.

After being relieved of his coaching duties in 2011, Les joined his son, senior guard Tyler Les at UC Davis and began his career as head coach for the Aggies. In his first season as head coach, the Aggies recorded a 5-26 season. The Aggies saw tremendous improvement during his second season, obtaining a 14-17 record.

Last season, as the team was marred with injuries, the team regressed upon its improvements and only won nine games. Despite the various setbacks during his first three seasons at UC Davis, Les was able to turn the program in the right direction.

“People want to shortchange the process, but there is a process in order to do everything right,” said Coach Les. “Building a basketball program is no exception, it takes time to build the culture, the environment and there is no question that there were some obstacles. But I also think that failure is part of that process. It helped me grow as a coach, it helped the individuals on the team grow because of the adversity they experienced. What you’re seeing on the fourth year is a culmination of a lot of adversity. One of thing we focused on when we got here was recruiting good-character guys, and when you go through a tough time, character is revealed.”

With the post-season quickly approaching, Aggie fans across the country have been able to enjoy this year’s success. The bar has been set, but Les is adamant that the basketball program will continue to thrive, and that this year is not a fluke.

The Aggies currently hold a 21-4 record and hope to improve that record as they travel to central California to face the UC Santa Barbara Gauchos on Feb. 26 and the Cal Poly Mustangs on Feb. 28.