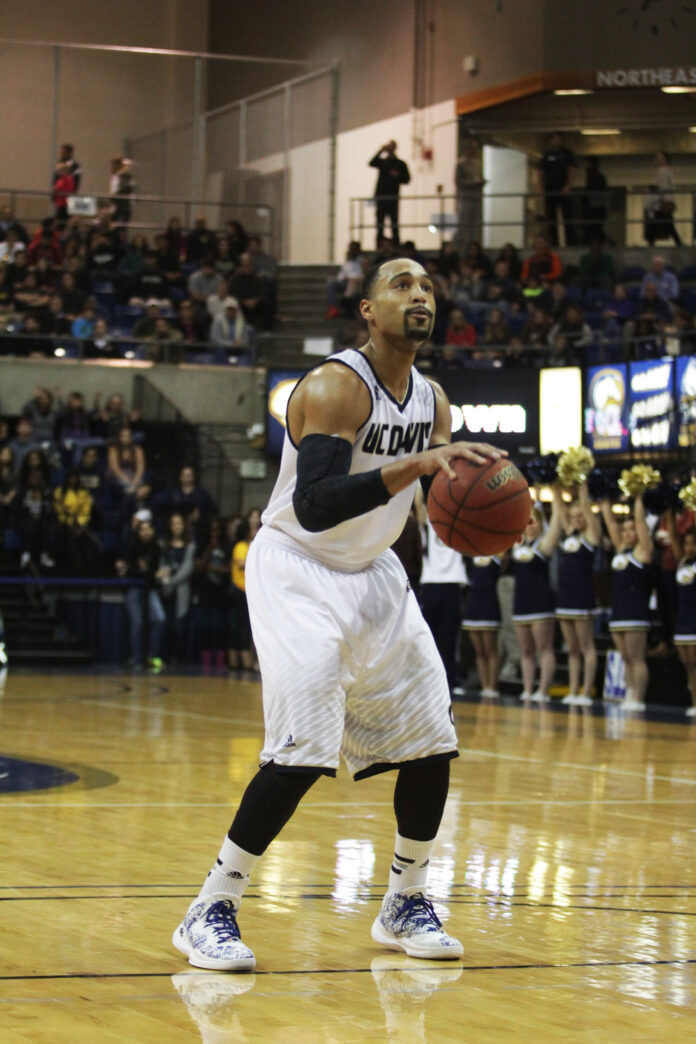 In 2012, the UC Davis men’s basketball program was recovering from its worst season in years; the Aggies recorded five wins and a .161 winning percentage. The arrival of senior guard Corey Hawkins would forever change the basketball landscape in Davis. Hawkins had a tremendous impact, helping improve the Aggies to a 14-win season and garnering national attention after ESPN broadcasted a home game against Long Beach State in the following season.

This season, Hawkins averaged 20.6 points per game, 3.5 assists per game while shooting at 49.8 percent from the field and 49.7 percent from beyond the arc, all career highs. He also leads the team with 5.1 rebounds per game, although not a career high, still impressive for a 6-foot-3 guard.

The rise of UC Davis basketball led to a high level support and appreciation from the Davis community. It also included various national television appearances on ESPN and Fox Sports. The Aggie’s success on the court brought the attendance average up from 1,712 attendants per game last season to 2,484 attendants per game. The support from the UC Davis community fueled the Aggies throughout the season.

“Coach [Les] tells us about all the support that we have and it really goes a long way,” Hawkins said. “It makes us want to get better when we have that many people looking up to you and supporting you. You don’t want to let them down.”

With large support of the Davis community the Aggies accomplished a rare feat, going undefeated at The Pavilion.

“In this league you need to protect home court to have a chance at winning the conference,” Hawkins said. “We knew that was important, we wanted to fans a reason to keep coming back.

The success that Hawkins achieved in his first year as an Aggie was just the beginning, as he continued to grow as a player under the guidance of head coach Jim Les. There is a long list of accolades that Hawkins has earned throughout his career, including this year’s Big West Player of the Year and being named into the All-Big West First-Team for the second time in three seasons.

But Hawkins and the Aggies have other goals in sight, including winning the Big West Tournament and a potential bid to the NCAA Tournament.

“Obviously, [the NCAA Tournament] is on the back of our heads,” Hawkins said. “I think we are more focused on winning the conference tournament right now. And more specifically we need to take it one game at a time, we can’t get too far ahead of ourselves.”

Hawkins has demonstrated time and time again that he can play continuously at a high level throughout the season. Several NBA scouts have seen Hawkins play and are hopeful of his future’s career at the next level. Hawkins is aware of the future opportunity to play in the NBA, but his mind is still focused on the Big West Tournament.

“I’m not focused on that right now. I’m focused on winning the conference tournament right now. It would be a disservice to focus on things that are out of my control right,” Hawkins said. “I’ll focus on what I can control, and help out [my teammates] in any way I can because they deserve it; we deserve it. We need to continue this dream season that we’ve been having.”

This season, not only did Hawkins place his name in the UC Davis record books, but he made his way into the NCAA record books. Hawkins and his father, Hersey Hawkins, are the second highest-scoring father-son duo behind the Dell and Steph Curry duo.

And although he won’t admit it, Hawkins has had a huge role in bringing an exciting brand of basketball to UC Davis, and should be accredited for the Aggies recent success.

The Big West Tournament begins today as the Aggies take on the Cal State Fullerton Matadors at the Honda Center in Anaheim, Calif. at noon on Fox Prime Ticket.