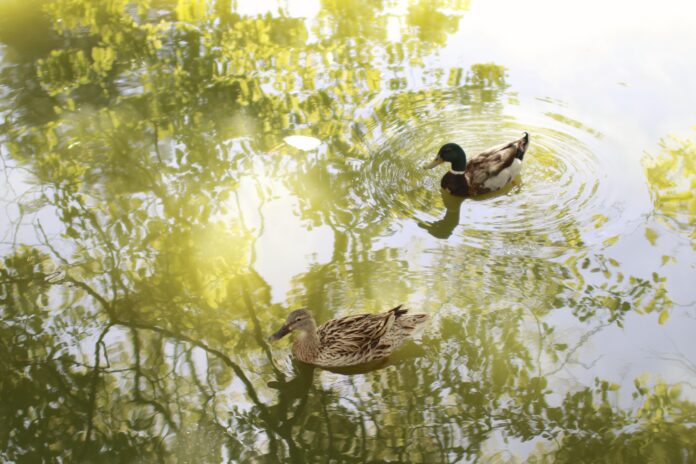 We’ve all at one time or another had the experience of recognizing someone in public who we know personal things about, though they have no idea who we are. Sometimes this person is a friend’s ex-partner we have seen in Facebook photos, sometimes they are a professor who will never remember your individual face from a lecture hall of 500 students and sometimes this person is just someone you happen to pass by on your daily walk to work but have never said hi to, yet you know they like their coffee black and toast slightly burnt because, well, you never see them without it when your paths cross.

I consider these people strangers, because as long as they are unaware of my existence, I cannot fully understand theirs. It’s never easy to approach this type of stranger because I’m always afraid that person will think I’m creeping on them (I swear stalking is not part of my social repertoire — I just don’t have enough time). Lately, though, I’ve taken it upon myself to interact with these particular kinds of strangers, especially if my recollection of them is positive.

In fact, the other day I was in a waiting room and upon walking in, noticed a guy that I had seen perform in a student-run show a few nights before. I knew who he was, knew his name, but being a mere audience member, he certainly did not know mine. I decided I wanted to tell him how well he did, because well, he had acted really well and I have always liked making sure people know when they are appreciated. I figure, if you can do something to let another person know that they are interesting, important, or noticed in a positive way, why not let them know?

The encounter was awkward at first. I sat down next to the unsuspecting man and, unable to get his attention at first, waved “hello” in his face. He seemed confused and a little annoyed that someone would try to start a conversation in a waiting room (and it didn’t help that everyone else around us was dead silent).

“You’re in Birdstrike,” I said to him. “I recognized from the show the other night.”

I ended up telling him that they were really funny and that I’d like to go again. He still seemed somewhat concerned that an absolute stranger was addressing him, and for a moment I thought I should drop trying to converse with him altogether. Unfortunately for him, though, once I start something, I always commit and follow through, even if that commitment is an uncomfortable conversation (also, I can’t handle awkward silence and tend to compensate by talking…).
Like the derpy human I am, I started to ask questions about his experience with acting while cracking painfully unfunny jokes. Realizing that he was still probably traumatized by the fact I wouldn’t stop talking, we sat in awkward (the amount of times I’ve used this word is accurate to this situation) silence until I, for no reason, thought of a podcast I had recently listened to on the topic of the existence of the universe and the asymmetry of everything.

At that moment, I was reaching to keep our dialogue going, at least until I was called back for my appointment, so I whipped out a healthy dose of “I can’t believe we exist – our whole existence is a lucky accident”. Something about this sentiment struck him. His face kind of lightened up and he immediately engaged with my notion.

“Right? My train of thought is pretty existential, too,” he said to me.

Immediately we began to have a silly (but kind of serious) and interesting beyond my expectations conversation about the ever-expanding universe and the abstractness of consciousness (even typing that made my brain hurt). At one point we even pondered the strange fact that literally anything at all was possible. We discussed how in the grand scheme of things, statistical improbability of an event occurring merely meant that though that event was not probable or likely to happen, theoretically anything was possible. For example, sure pigs can’t fly, and it’s likely a mutation in their genes won’t occur anytime soon to allow them to do, but by the slightest, tiniest bit of genetic mishap (or pigs somehow learn how to navigate airplanes), pigs could technically start flying.

“This beneath us could literally become twelve thousand ducks,” I actually said at a point in the conversation when nothing was awkward anymore and everything was theoretical (abstraction is always more comforting than the reality of things).

He agreed, and we both decided that there were endless scenarios as to how twelve thousand ducks could possibly replace the bench we were sitting on. We geeked out about the philosophies of everything ever until I had to leave for my appointment. By then, everyone in the waiting room had been silently eavesdropping on our odd anecdotes, and though normally I’d have felt self-conscious about my nerdiness, I didn’t that time. I felt as if I’d made a friend and our conversation had assured me that making the effort to really speak to someone was totally worth it.

I don’t think it’s likely I’ll ever cross paths with him again, but that conversation is a conversation I’ll never forget. How often do we find a stranger willing to talk about the weird crap we like? Chances are one in a million, and I will always be grateful that someone out there also understands that statistically, by some far stretch of the imagination, anything is possible.

Akira Olivia Kumamoto (A.O.K.) is the Arts Editor at The California Aggie. She writes the “Talking to Strangers” column in The Centennial. She is passionate about string theory, Mark Ruffalo [the human], jazz and cultural journalism. On any given day you can find her writing poetry, practicing a cappella, running long distances, fighting for social equity and not sleeping. If you would like to remind A.O.K. that talking to strangers is creepy as heck, you can reach her at arts@theaggie.org or send her a tweet at @akiraolivia.